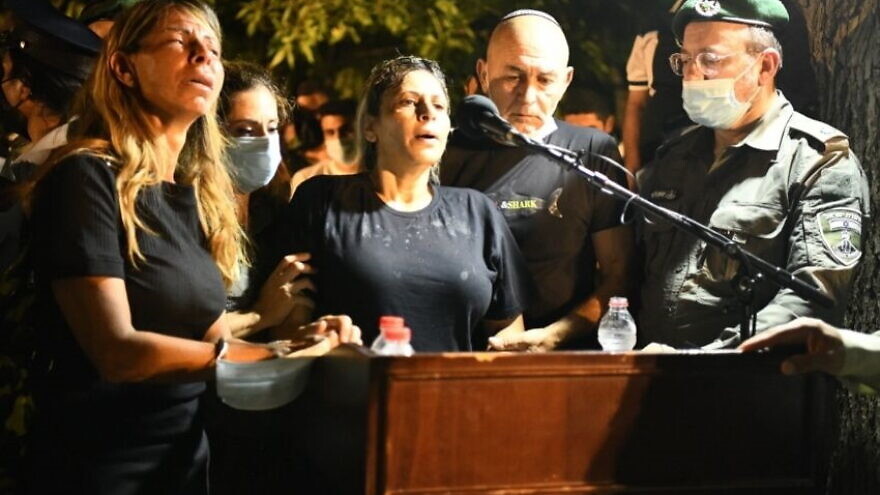 Shmueli, 21, a sniper in the undercover unit of the Border Police’s Southern District,  succumbed earlier that day to wounds he sustained during riots along the Gaza border on Aug. 21., when he was shot in the head by a Palestinian rioter at point-blank range.

“We gather as one whole family, with heavy grief and a shared partnership that envelops us all with Bar-El’s passing,” Israel Police Commissioner Maj. Gen. Yaakov Shabtai said in his eulogy,

Earlier in the day, Israeli Prime Minister Naftali Bennett said, “I was deeply saddened to receive the bitter news about the death of … Shmueli, who fell defending Israel’s security. [He] was a fighter in life and death. He fought for his life until the last moment, as all Israel prayed for him.”

“Over the past week, I have been in continuous contact with [Bar-El’s] mother, Nitza, and together with the whole nation of Israel, we prayed for his recovery. My wife, Michal, and I embrace his family and share in their deep grief over the passing of such a beloved, dear son. May his memory be a blessing.”