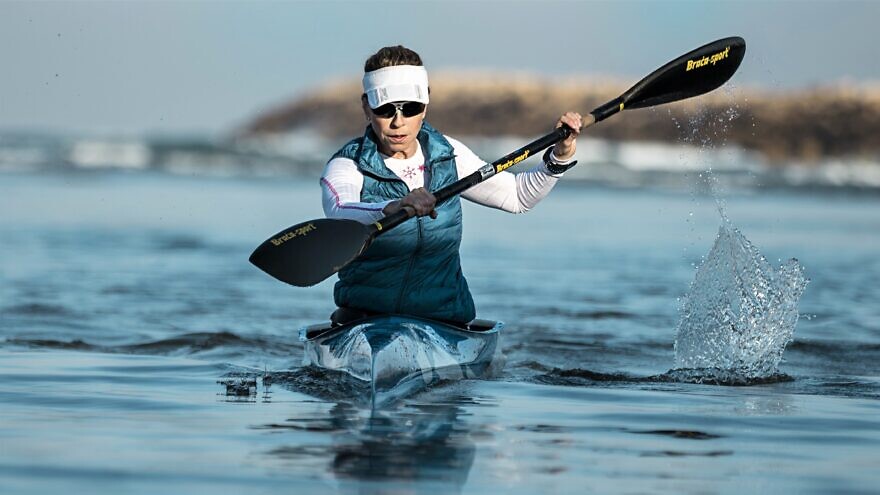 Simone Biles, Naomi Osaka and the sports world, meet Pascale Bercovitch, Shraga Weinberg, Moran Samuel and Doron Shaziri. Olympians Biles and Osaka have helped raise awareness about mental health in sports. And the four elite Israel athletes, along with 27 other Israeli Paralympians, are doing their part to show the world the extraordinary capabilities of people with physical disabilities.

The Israeli Paralympics team is headed to Tokyo to compete in nine sports in the delayed 2020 Summer Paralympics from Aug. 24 to Sept. 5.

Bercovitch will compete in paracanoeing, Weinberg in wheelchair tennis (quad singles and doubles), Samuel in rowing (women’s single sculls) and Shaziri in 50-meter men’s rifle (shooting). The Israeli delegation is scheduled to compete in athletics, bocce, goalball, kayaking, powerlifting, rowing, shooting, swimming, table tennis and wheelchair tennis. They will join 4,400 athletes from around the world set to compete in 539 events in 22 sports.

Paralympic athletes are assessed and then placed into competition categories, called sport classes, according to what extent their impairment affects their performance. According to the Olympics official website, “The Paralympic Movement offers sport opportunities for athletes with physical, vision and/or intellectual impairments that have at least one of the following 10 eligible impairments: impaired muscle power, impaired passive range of movement, limb deficiency, leg length difference, short stature, muscle tension, uncoordinated movement, involuntary movements, vision impairment or intellectual impairment.”

“Our athletes are heroes,” reports Dekel, noting that they regularly make appearances at Israeli schools to share stories of their disabilities and their journeys to their sports accomplishments. “They are an example of what is possible.” 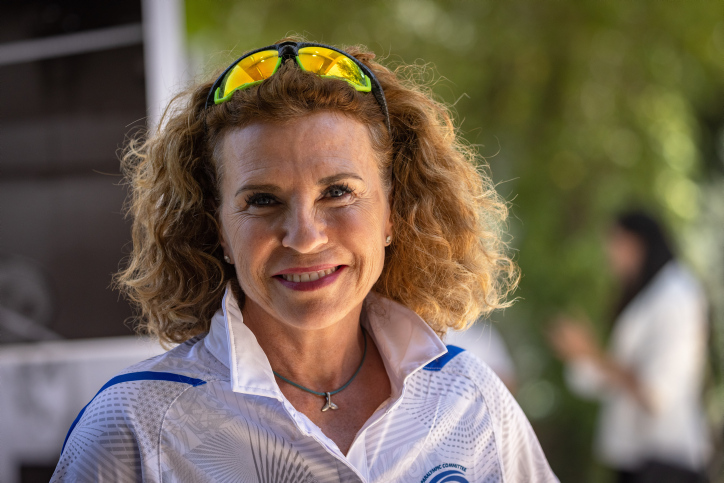 Israeli Paralympic athlete Pascale Noa Bercovitch during a ceremony with the Israeli Olympic delegation competing at the upcoming Olympic Games in Tokyo, at the President’s Residence in Jerusalem on June 23, 2021. Photo by Olivier Fitoussi/Flash90.

Dekel is also pleased that the Israeli government has become increasingly supportive of Israeli Paralympic athletes in the past five years. He notes that additional support also comes from the private sector.

Yuval Wagner, the founder and chairperson of Access Israel, who is also a person with a disability, will be cheering the Israeli athletes from his home in Israel. “Access Israel is excited about the Israeli Paralympic delegation for being role models for all of us aiming for excellence and on the journey for the medal, promoting awareness for inclusion and accessibility.”

Jamie Lassner, executive director of Friends of Access Israel (FAISR), is particularly excited to watch two Israeli rowers compete. Pascale Bercovitch, who leaves for Tokyo on Aug. 25, reports, “I am so happy the Paralympics are happening. I am genuinely so happy to be part of it!”

She notes the difficult years of training, waiting, anticipating and hardships. “Preparation was really complicated because of the coronavirus pandemic,” says Bercovitch, who at times trained on a kayak machine in the garden behind her apartment, and at times was able to train in the Yarkon River once athletes were given special permission despite multiple lockdowns.

Bercovitch, 54, is one of the oldest Paralympians in this year’s competition. She has competed in previous Paralympics, including in 2012, where she placed sixth in a handcycling. In 2016, she competed in paracanoe.

She is also a writer, filmmaker and motivational speaker, speaking candidly about her experience losing two legs in a train accident as a teenager, making aliyah alone from France and serving in the IDF, and training and competing as an elite athlete.

FAISR’s Lassner adds fondly, “Pascale had me at the first bonjour when we met on the Tel Aviv promenade in the summer of 2019. She is a mentor, a motivator and my only friend headed to a fifth Olympics in a row. Her warmth, smile and joie de vivre are infectious.”

Lassner is similarly impressed with Paralympian Moran Samuel, who has also competed in more than one sport. “What amazes me is that she went from being a leader on an Israeli basketball squad—a team sport—to the solitude of rowing. She is a true athlete with an incredibly focused heart.”

The Paralympics traditionally take place two weeks after the Olympics end and are held in the same city and venues. Many around the world have become familiar with the competition through the 2020 Netflix film, “Rising Phoenix,” which tells the story of the Paralympics. In the show’s words: “Elite athletes and insiders reflect on the Paralympic Games and examine how they impact a global understanding of disability, diversity and excellence.”

Following on the anticipated success of the upcoming Tokyo Summer Olympics, Israel hopes to also send a delegation of participants to the 2022 Winter Olympic Games in Beijing.