It is 75 years since the beginning of one of the most heroic deeds of the Jewish people: the Warsaw Ghetto Uprising, during which less than a thousand Jews confronted the powerful Nazi army for almost a month, without great military equipment; challenging all logic and probabilities of success, becoming the symbol of Jewish heroism.

Dina Porat, main historian of the famous memorial of the Jerusalem Shoah, Yad Vashem, recalled that “the goal of the Nazis was to present Adolf Hitler as a birthday present (the next day) the extermination of the largest of the Ghettos of Europe occupied by them. ”

The uprising was “the first large-scale urban civil rebellion, which preceded clandestine activities and similar non-Jewish rebellions in Europe,” but also “united and strengthened Jewish youth from other locations,” he added.

“The revolt of the Warsaw Ghetto became a universal symbol of heroic struggle by a few, under impossible conditions, against genocidal oppression; later it would inspire a vast academic research and numerous works of art and literature and would become a source of pride for the survivors and the Jewish people as a whole, “the expert concluded. 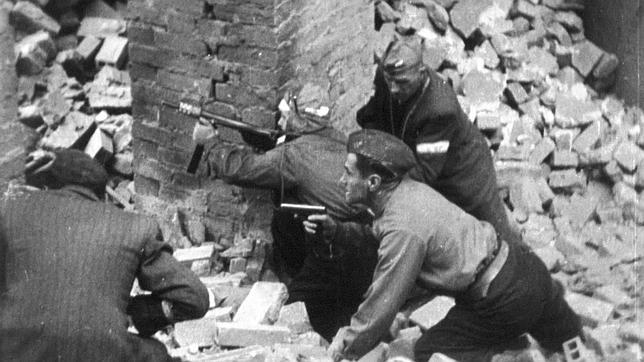 After the Nazis seized Poland, from the end of 1939, the Jewish population began to be confined in fenced areas, called “Ghettos”, territorially small for the number of people who were concentrated there.

The largest of the Ghettos established by the Nazis was Warsaw, where almost 400,000 Jews were sent in 1940.

Between the end of July and the beginning of September 1942, the Nazis moved 265,000 Jews from there to the Treblinka extermination camp and a little over 11,000 to labor camps, while 35,000 were authorized to remain in the Ghetto, plus between 20,000 and 25,000 Jews who were hiding. During the transfer, about 10,000 people were killed by the Nazis and their auxiliary troops.

The remaining 60,000 Jews knew that their deportation would be inevitable, and the young members of the Zionist movements began to organize in order to resist the transfer, establishing two clandestine armed self-defense groups: one was the Jewish Combat Organization (Zydowska Organizacja Bojowa ZOB), composed of socialist Zionists, and the other, the Jewish Military Union (Zydowski Zwiazek Wojskowy; ZZW) made up of young revisionists, members of the youth movement Betar.

Although at first there were differences between them, they were left aside before the imminent transfer of the rest of the inhabitants of the Ghetto.

In October 1942, the head of the SS, Heinrich Himmler, ordered “to liquidate the Warsaw Ghetto”, and his troops decided to initiate the last deportation on January 18, 1943. While around 6,000 Jews were taken to board the trains that would take them to Treblinka that day, a group of ZOB and ZZW activists infiltrated the troops and attacked the guards. While the majority died in the attack, the Nazis became disoriented and the Jews were able to escape and hide in the Ghetto. 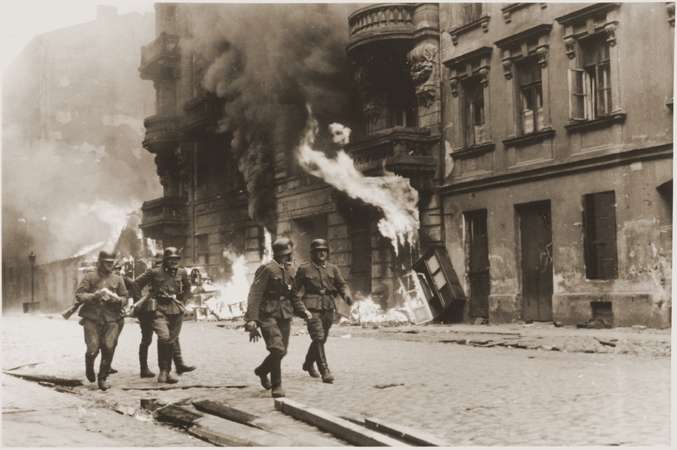 The authorities decided to suspend the deportation temporarily, a period that members of the ZOB and the ZZW used to build bunkers and try to obtain weapons, contacting the Polish military underground Armia Krajowa (National Army), which after several months provided them with a small quantity; mostly pistols and explosives.

The Nazis decided to restart the deportation at the beginning of Pesach, coinciding that year with April 19, and when they tried to enter the Ghetto they were rejected by the forces of Jewish self-defense, which is estimated to have about 750 members (500 of the ZOB and 250 of the ZZW) led by Mordechai Anilevich, initiating the “Warsaw Ghetto Uprising”.

Armed with pistols, many homemade grenades and a few automatic weapons and rifles, the fighters surprised the Germans and their auxiliary troops on the first day of fighting, forcing the withdrawal of the Nazis, who had 12 dead and an important number of wounded, outside the Ghetto wall.

This fact forced the aggressors to send their army to defeat those who confronted them, and two days later they began the counterattack, building by building, while the self-defense forces carried out sporadic attacks from the bunkers, causing casualties.

On May 8, Nazi forces attacked the ZOB command, in Mila 18, they killed Anilevich and eight days later they achieved their objective of defeating the Jewish resistance.

On that day, SS General Jürgen Stroop, who was in charge of the repression, informed his superiors that he had captured 56,065 Jews, destroyed 631 bunkers and ordered the destruction of the Great Synagogue on Tlomacki Street to symbolize his victory.

It is estimated that 7,000 Jews were killed during the uprising, that many others were deported to Treblinka, where they were almost immediately killed in the gas chambers, and that the remaining 42,000 were sent to the Lublin / Majdanek concentration camp and to the forced labor camps of Poniatowa, Trawniki, Budzyn and Krasnik, where over the months the vast majority was also eliminated.

The Warsaw Ghetto Uprising was the beginning and inspiration of rebellions in other Ghettos, such as Bialystok and Minsk, and also in extermination camps, as happened in Treblinka and Sobibor.