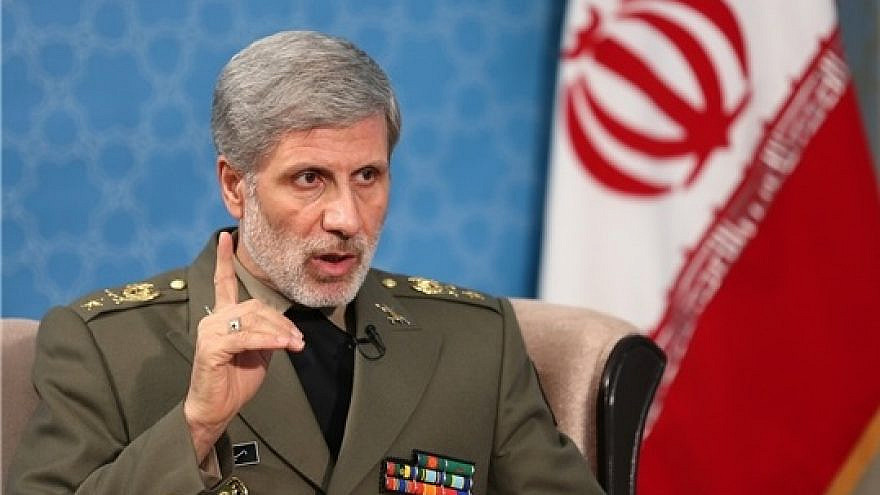 Iranian Defense Minister Amir Hatami on Sunday dedicated an entire speech to threats against Israel, warning that provocations by Jerusalem would result in Tehran’s destroying of Haifa and Tel Aviv.

Hatami made the remarks at a youth conference organized by the Iranian Defense Ministry.

“Thank god that, at this time, Iran has all of the important aspects for exerting power and all options available to it to protect the Islamic Revolution,” he said.

“The Zionist regime understands the new situation better than anyone. They stopped their new occupations and now they are holed up behind walls and bunkers. The reason for this is the victory of the Islamic Revolution,” Hatami continued.

“The issue is being studied and developed for a broad action plan that will allow, when the time comes, for the opening of an operation at one simple command from the leader. I suggest the Zionists don’t make the mistake that spurs us to action, not even through words,” he concluded.

Hatami’s threats come as Iran is believed to be posed to enter negotiations with the United States on its return to the nuclear deal and the removal of sanctions on Tehran. The ayatollah-led regime is more confident of its military abilities than it was in the past, due to the achievements of its emissaries in Syria, Yemen and Iran, and its rhetoric has grown increasingly more aggressive in recent months.