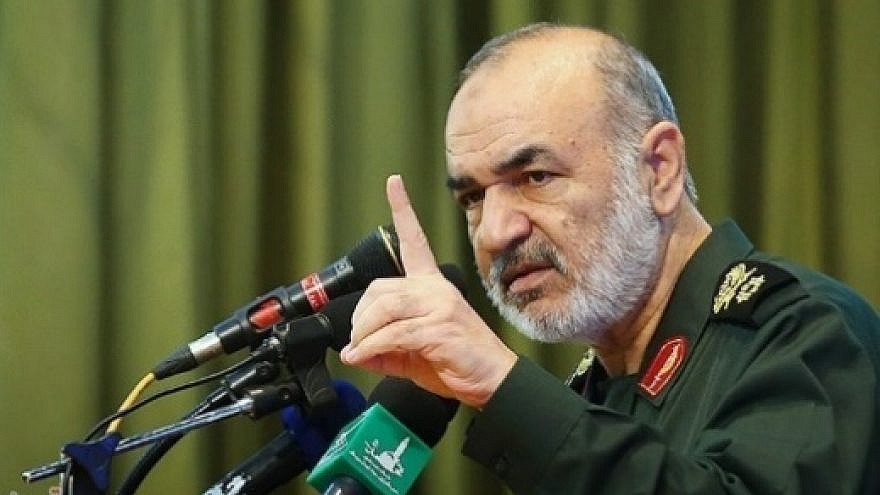 “Diminishing that power, eroding it, making it void, depleting it from within and forcing it to disintegrate along wide fronts, is a great thing,” he said. “It is a form of art to create power while the enemy invades, and when there is no classic and organized [military] power,” he added.

“Look, this is the art of [the Islamic Revolutionary Guard Corps’] Quds Force. Perhaps it has not been declared so far. This is the art of defeating America’s policy, strategy and power. All together. Quds Force does this. It continues to do this,” he said.

On April 13, the Israeli-owned cargo vessel Hyperion Ray sustained light damage in what was believed to have been an Iranian missile strike off the coast of the United Arab Emirates.

The incident was the third suspected case of an Iranian attack against an Israeli-owned commercial vessel, in the context of a series of reported tit-for-tat strikes at sea between the two countries.