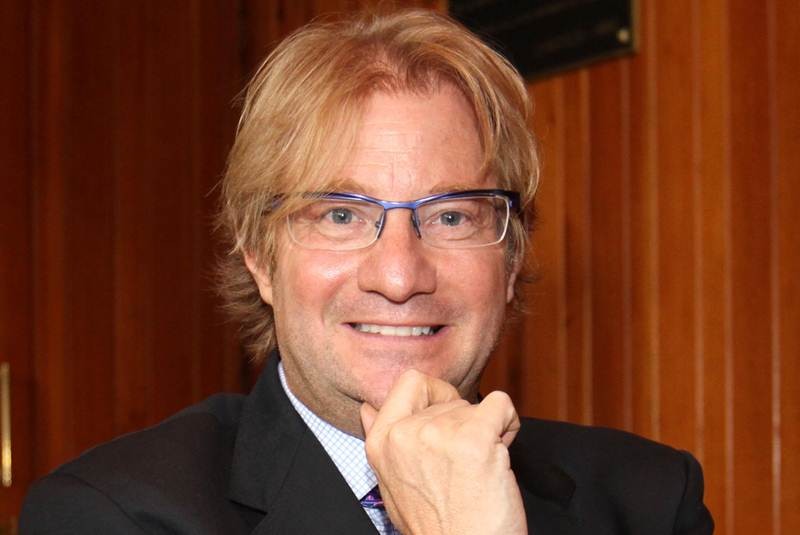 The Combat Anti-Semitism Movement (CAM) today announced that UNESCO Goodwill Ambassador, Dr. Andres Roemer, has joined its Advisory Board. Dr. Roemer, who is an internationally acclaimed writer, academic and intellectual, dedicated to the promotion of human rights and critical thinking, joins an impressive list of advisors helping the organization spearhead the fight against anti-Semitism across the world.

Dr. Roemer served as Mexico’s Consul General to San Francisco and Mexico’s Ambassador to UNESCO in Paris. He now serves as UNESCO Goodwill Ambassador for Societal Change and the Free Flow of Knowledge. Dr. Roemer is also a member of the Associate Faculty of Singularity University. In addition, he is a Senior Research Fellow at Columbia University and the CEO of the La Ciudad de las Ideas, a conference designed to empower citizens and present innovative ideas.

Dr. Roemer holds a PhD in Public Policy from the University of Berkeley and has a Masters in Public Administration from the John F. Kennedy School of Government at Harvard University. He is the author of sixteen essay books and two theater plays and is the recipient of numerous awards, including Mexico’s National Award for Journalistic Excellence and has twice been given Mexico’s National Theater Award.

Dr. Andres Roemer said, “Particularly as a lifetime advocate for human rights, the recent increase in anti-Semitism across the world is extremely alarming. Anybody who cares about equality, freedom and human rights should be committed to eradicating the disease of anti-Semitism wherever it is found. I am delighted to contribute to the important work being done by the Combat Anti-Semitism Movement and to join the distinguished names on its Advisory Board.”

Sacha Roytman-Dratwa, The Combat Anti-Semitism Movement Director commented, “We are delighted to welcome Dr. Andres Roemer to our Advisory Board. He is an internationally respected champion of human rights. His work as a UNESCO Goodwill Ambassador is just the latest chapter in a career dedicated to promoting openess and freedom. By joining our Advisory Board, Andres Roemer sends an important message that anti-Semitism is incompatible with a world of equality and human rights. This is especially important at a time when anti-Semitism is intensifying across the globe.”

The Combat Anti-Semitism Movement is a non-partisan, global grassroots movement of individuals and organizations, across all religions and faiths, united around the goal of ending anti-Semitism in all its forms. Since its launching in February 2019, 300 organizations and 300,000 individuals have joined the Combat Anti-Semitism Movement by signing the campaign’s pledge. The CAM Pledge draws upon the IHRA international definition of anti- Semitism and its list of specific behaviors used to discriminate against the Jewish people and the Jewish State of Israel.