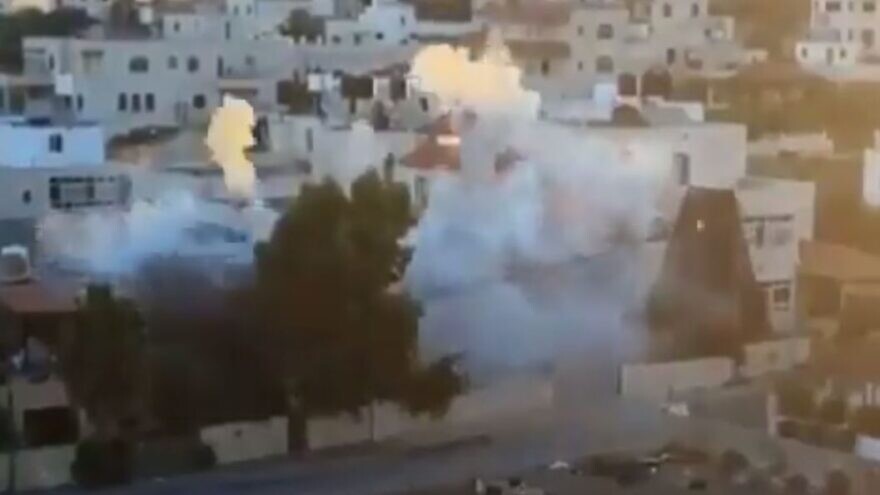 The U.S. Embassy in Jerusalem censured Israel on Thursday for demolishing an accused terrorist’s home earlier in the day.

Israel destroyed the building despite a request from the United States not to do so on the basis that the accused holds U.S. citizenship, Channel 13 reported. Overnight, early Palestinian reports said Israeli forces had entered the town of Turmus Ayya near Ramallah to destroy the home. Those reports were later confirmed by an IDF spokesman.

Some 200 Palestinian rioters threw stones and launched fireworks at the IDF forces carrying out the demolition, according to the report.

“We believe it is critical for all parties to refrain from unilateral steps that exacerbate tensions and undercut efforts to advance a negotiated two-state solution. This certainly includes the punitive demolition of Palestinian homes. As we stated numerous times, the home of an entire family should not be demolished for the actions of one individual,” the U.S. Embassy said in a statement.

According to the indictment brought against Shalabi in the Judea Military Court, “The defendant drove his wife to her parents’ house and returned home, took a gun and filled the magazine with live rounds. He took dozens more additional bullets, put the magazine in the gun and charged it so he would be ready to fire. He put the gun on the seat, and covered it with a prayer rug.”

Shalabi then allegedly arrived at the Tapuach Junction and saw Guetta and the others waiting at a bus stop. According to the indictment, he opened fire from his car, shouting “Allahu Akbar,” and continued firing until the barrel of his gun exploded.

Four days later, Israeli security forces tracked Shalabi down to a hiding place in a village east of Ramallah.

In June, the Israeli military issued a demolition order against the Shalabi home in Turmus Ayya.

On June 23, Israel’s Supreme Court rejected an appeal by Shalabi’s family to overturn the demolition order on the grounds that constituted collective punishment.