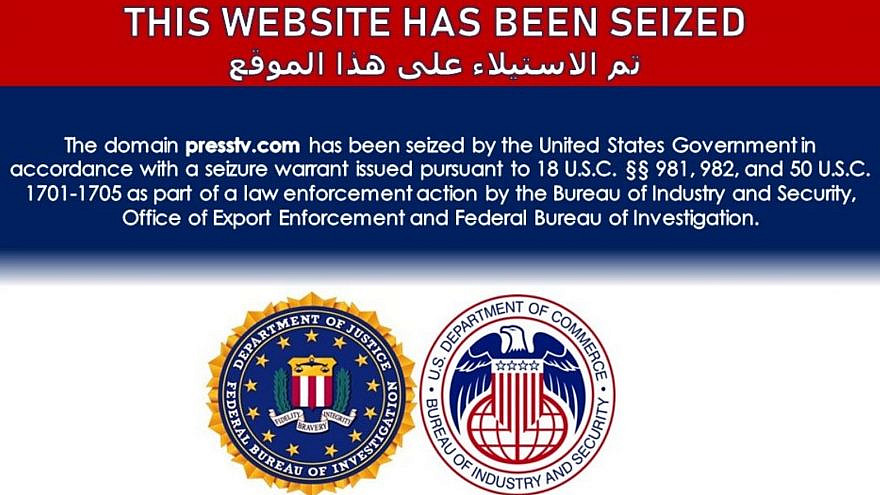 The United States has seized a total of 36 websites linked to Iran, the U.S. Justice Department announced on Tuesday.

Thirty-three of the sites were used by the Iranian Islamic Radio and Television Union (IRTVU), and three were run by Kataib Hezbollah, an Iran-backed Shi’ite militia operating in Iraq.

The Justice Department said in a statement announcing the move that IRTVU is controlled by the Islamic Revolutionary Guard Corps’ Quds Force, and is therefore designated a Specially Designated National (SDN). “SDNs are prohibited from obtaining services, including website and domain services, in the United States,” without a license, the statement said.

Certain “components” of the Iranian government, like IRTVU, use websites “disguised as news organizations or media outlets,” to target the United States with “disinformation campaigns and malign influence operations,” according to the Justice Department.

The sites’ seizure comes days after Iran elected a hardline candidate as its new president. In 2019, the United States sanctioned Ebrahim Raisi over his human-rights record, including his role in mass executions in 1988. Raisi, who won by a landslide, was the favored pick of Iran Supreme Leader Ali Khamenei.