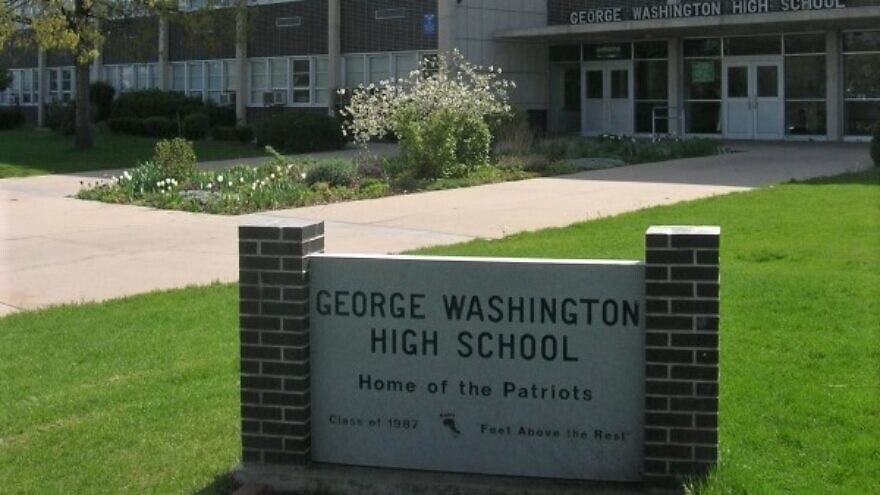 Police units in Denver are searching for the person or person who defaced a public school with swastikas and anti-Semitic, racist and homophobic messages over the weekend, as well as those responsible for the vandalism of a local Jewish day school.

The graffiti at George Washington High School was discovered on Sunday, while the damage to Denver Torah Academy, which happened on Sunday night, included a shattered window and damage to an electrical box.

Scott Levin, Mountain States regional director of the Anti-Defamation League, said in a statement: “We are saddened and concerned that a window was broken and the power shut off at the Denver Academy of Torah. We express our support for the students, staff, teachers and administrators at the school. School campuses should be safe places that foster learning and community. It is always upsetting when an incident like this happens. We encourage law enforcement to fully investigate the incident and to pursue the appropriate charges if a suspect is identified.”

As for the crime at the public school, Levin said, in part, that “it is deeply disturbing that a public high school with a diverse student population was targeted with vandalism and hateful graffiti.”

Phil Niedringhaus, regional security adviser for the local Jewish community, has said the graffiti at George Washington was spray-painted on the main building, on an athletic building, the outdoor track and elsewhere. It was, he noted in the JEWISHcolorado press release, “an extensive act of vandalism.”

“Vandalism and hate speech of this kind are alarming, and make students of all backgrounds feel unsafe in the school environment,” said Rabbi Jay Strear, president and CEO of JEWISHcolorado. “We will do everything we can to support the school leadership and its student body to heal from these destructive and hateful acts, and we thank [George Washington] principal Dr. Kristin Waters for her strong and swift condemnation of the vandalism and for her unwavering commitment to her students’ well-being.”