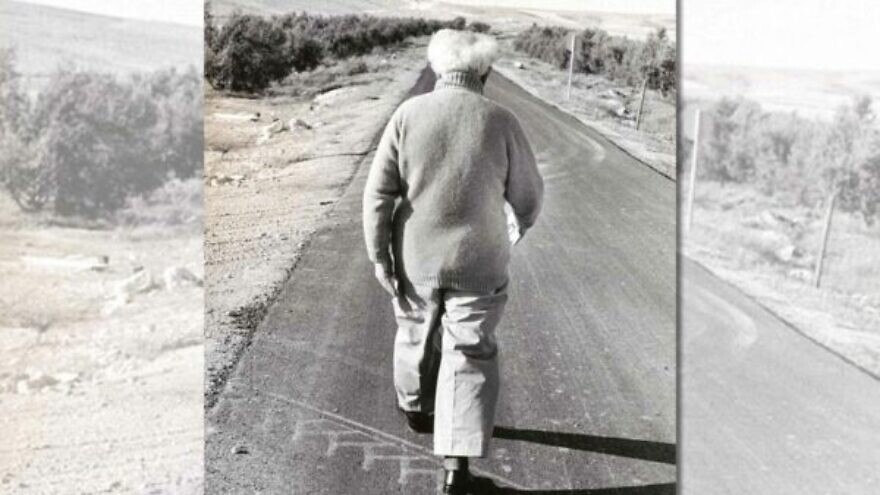 In honor of the anniversary of the passing of Israel’s founding father and first prime minister David Ben-Gurion, the Ramat HaNegev Regional Council recently decided to build a new promenade in his memory along the path that the late leader would walk on his way from his cabin to the Midreshet Ben-Gurion (Sde Boker) school.

The Israeli Tourism Ministry and the Ramat HaNegev Regional Council have laid the cornerstone for the project under the auspices of the “Southern Product” tourism project, which the Tourism Ministry is promoting through the Dead Sea Preservation Government Company Ltd.

The Ben-Gurion Promenade is planned to extend the 2.1 miles that Ben-Gurion would traverse daily. The path ends at his final resting place.

The walkway is slated to include a number of design elements that point to Ben-Gurion’s personal, group and family activities. Each of the stops will include a shaded resting place, a water fountain and explanatory signs.

Tourism Minister Yoel Razvozov said, “I am happy about having the privilege to lay the cornerstone of this historic promenade, and thereby take another step toward making David Ben-Gurion’s dream of making the desert bloom into a reality.”

Ramat Hanegev Regional Council head Eran Doron said that “apart from the physical steps, we are without a doubt asking to commemorate the path of his values.”