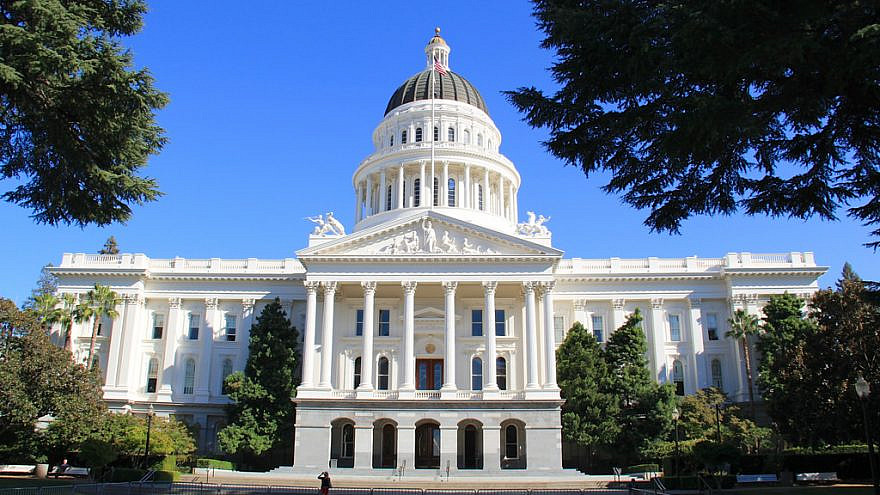 The anti-Semitism watchdog AMCHA Initiative is urging the California Senate Education Committee to vote against a bill that allows high school districts to adopt an anti-Semitic draft of an ethnic-studies curriculum.

“Especially now, as violence in the Middle East is spilling over into vicious attacks on Jews all over the world, including in California, we believe AB 101 directly threatens the safety and well-being of Jewish students in our state, and we urge you to vote ‘no’ on this bill,” said AMCHA Initiative director Tammi Rossman-Benjamin in her testimony in front of the Committee on Wednesday.

AB 101 is a bill that would make ethnic-studies courses a high school graduation requirement and allows school districts to adopt any ethnic-studies curriculum, including the first draft of the state-mandated Ethnic Studies Model Curriculum (ESMC), which includes anti-Jewish and anti-Zionist lesson plans. The first draft was rejected by the State Board of Education in 2019, as well as the Legislative Jewish Caucus, and by California Gov. Gavin Newsom.

In her testimony and in a recent op-ed, Rossman-Benjamin explained that if AB 101 is passed into law, most California school districts will adopt some version of the anti-Jewish and anti-Zionist first draft of the ESMC.

“I am representing 60 organizations, and thousands of members and supporters of the California Jewish community, who are deeply concerned about AB 101 and the enormously harmful impact we believe it will have on Jewish students if it becomes law,” she told the Committee. “Although the bill recommends that school districts adopt the SBE-approved model curriculum as the basis for the required courses, it also allows for the use of any curriculum approved by a school district, even the rejected, overtly anti-Semitic and anti-Zionist first draft that outraged the Jewish community.”

Rossman-Benjamin rallied against the bill before the California Assembly Education Committee in the spring and in 2020, AMCHA successfully urged Newsom to veto AB 331, the precursor of AB 101.