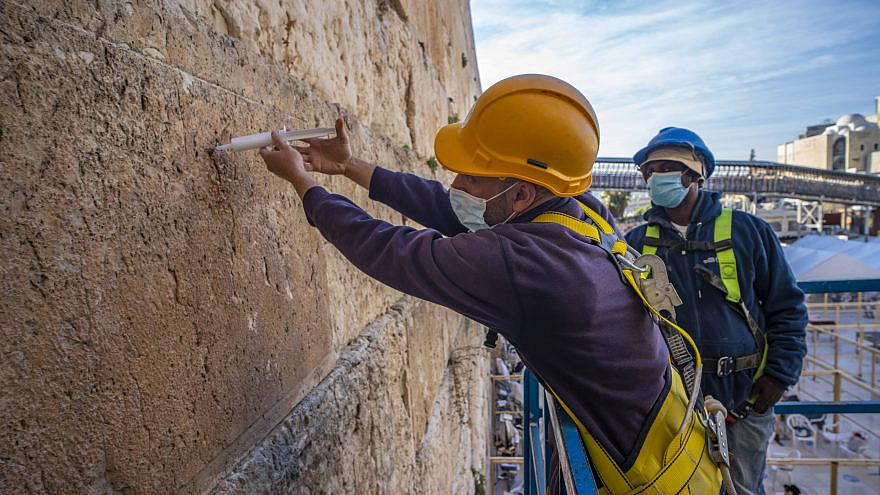 While Israelis are getting vaccinated against COVID-19, the stones of the Western Wall in Jerusalem’s Old City are receiving their own injections, with syringes surprisingly similar to those used in the medical world.

Every six months, before Passover and the High Holidays, engineers from Western Wall Heritage Foundation and conservators from the Israel Antiquities Authority (IAA) inspect each stone at the prayer plaza to ensure visitor safety and the preservation of the stones themselves, which are continually subjected to natural weathering.

Before the onset of the COVID-19 pandemic, a whopping 12 million people visited the wall each year.

Stones that are determined to be in need of repair are “delicately injected” with a liquid, limestone-based grout, explained Yossi Vaknin, head conservator for the IAA in the Western Wall area. When the grout dries, he said, the cracks in the stones are repaired. 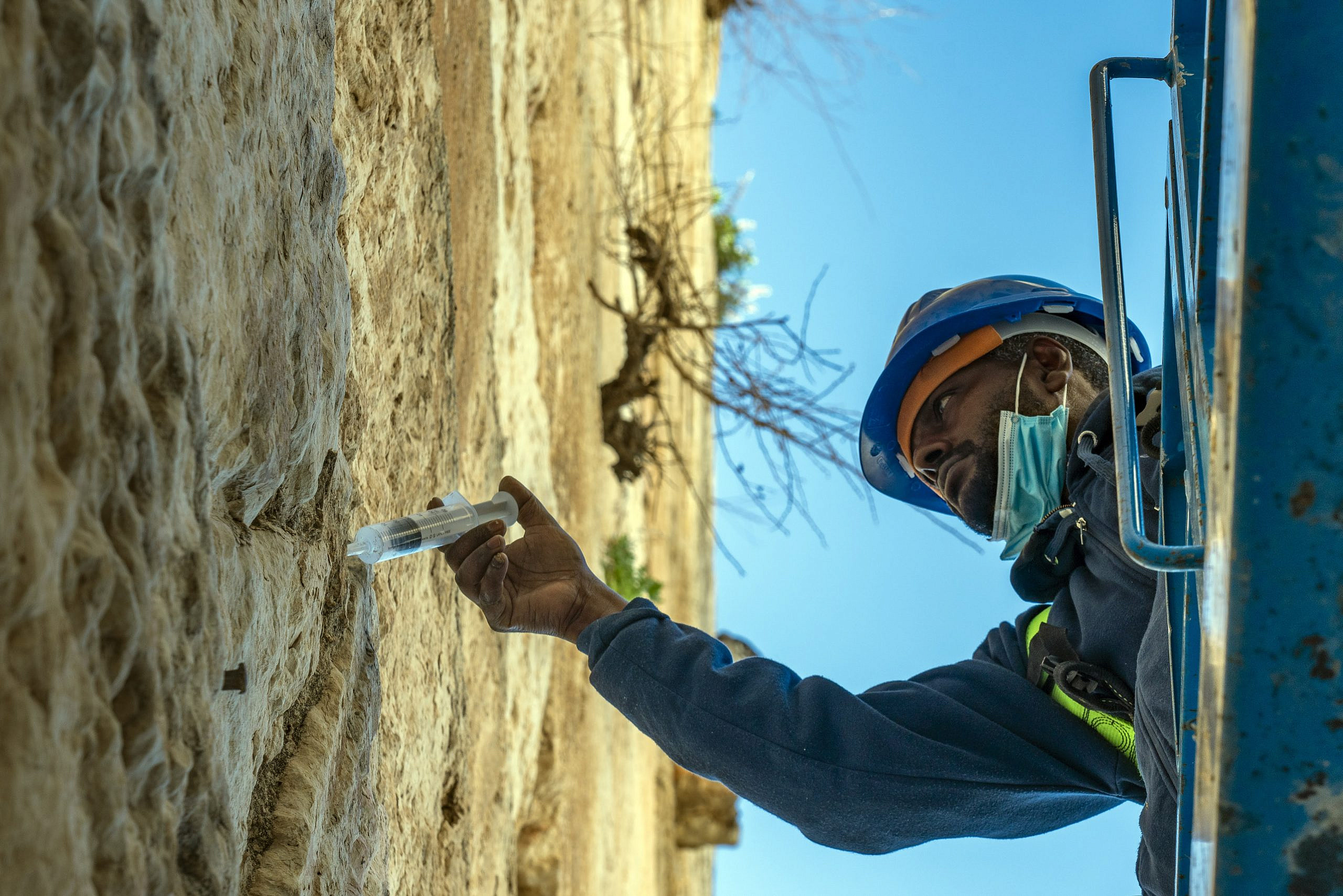 Repair work on the Western Wall in February of 2021. Credit: Israel Antiquities Authority.

“We have an ‘identity card’ for each of the hundreds of stones in the plaza and monitor dozens of features,” said Vatknin, who added that the “card” allows inspectors to track the condition of every single one of the 2,000-year-old stones.

The latest pre-Passover survey revealed that the outer layer or “peel” of several stones needed treatment.

“Our work on the historic wall is non-destructive. We do not drill into the stone,” said Vatknin, who explained that the injections are “the best possible method of ‘healing’ the stones and the ultimate defense against weathering for the most important stones in the world.”

One of the main contributors to the weathering of the stones is the ecosystem of the ancient wall.

“The Western Wall is a unique ecological environment that supports its own life forms,” said Vaknin. “A lot of plants have taken root in the Wall’s stones—particularly thorny capers, golden drops and golden henbanes.”

Added to this, he said, are the many birds that make their nests in the wall.

“As part of our conservation work, in recognition of the importance of the site’s unique flora and fauna, we also preserve this ecosystem while guaranteeing the stones’ stability, thus ensuring that the Western Wall will remain strong for at least 2,000 more years,” said Vatknin.

The repair work is conducted under the religious guidance of Rabbi of the Western Wall Shmuel Rabinowitz.