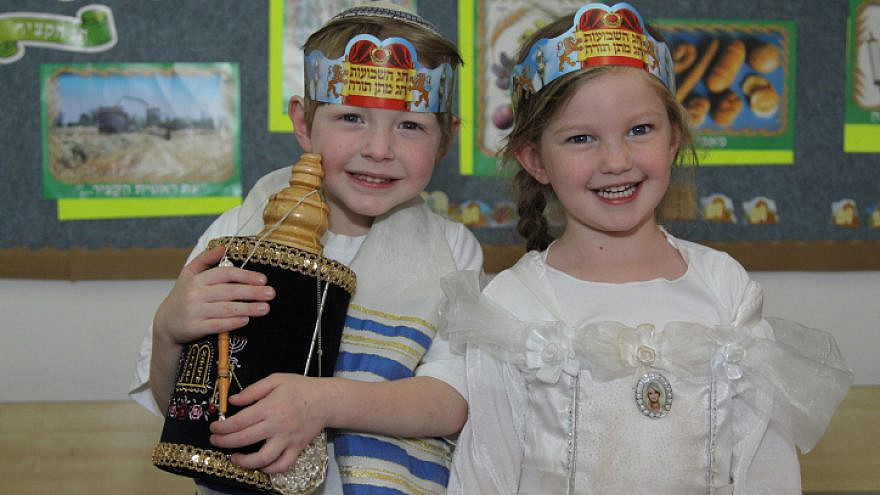 You could say that Shavuot is the most important holiday most Jews know virtually nothing about. And you wouldn’t be completely wrong.

Nonetheless, the holiday—beginning after sundown on Sunday, May 16, and continuing through the evening of Tuesday, May 16 (in Israel it is celebrated just for one day)—has much to recommend it. Transporting Jews back 3,333 years to the culmination of the 49 days following the exodus from Egypt (marked by the holiday of Passover), Shavuot is a potent reminder that in just seven weeks, G-d miraculously transformed a bunch of beaten-down slaves into a people worthy of carrying the Torah forward in their minds, bodies and hearts.

And, since the revelation at Sinai, when every single woman, man and child heard G-d’s voice together and accepted the Torah (Salient quote: “We will do, and we will hear”) has long been considered the wedding between G-d and the Jewish people. In fact, the tradition of staying up all night learning Torah is akin, says the Kabbalah, to attendants spending the hours before a wedding bedecking the bride in precious jewels.

But what’s the one thing we can learn about the holiday—one transcendent insight, capable of empowering us to reach those sublime heights (even more than that first silken bite of traditional holiday cheesecake)?

If it’s Nissim Black, you’re bound to hear how this often-overlooked holiday is in many respects Judaism’s finest invitation to elevate one’s relationship with the Creator. “Shavuot is the ultimate day of devekus (‘clinging’) with Hashem; it’s on this day where we received and accepted the most awesome wedding contract from G-d,” says the best-selling rapper (think “Mothaland Bounce” and “A Million Years”). “It’s when He took us and solidified the marriage, the never-ending bond between G-d and the Jewish people.” 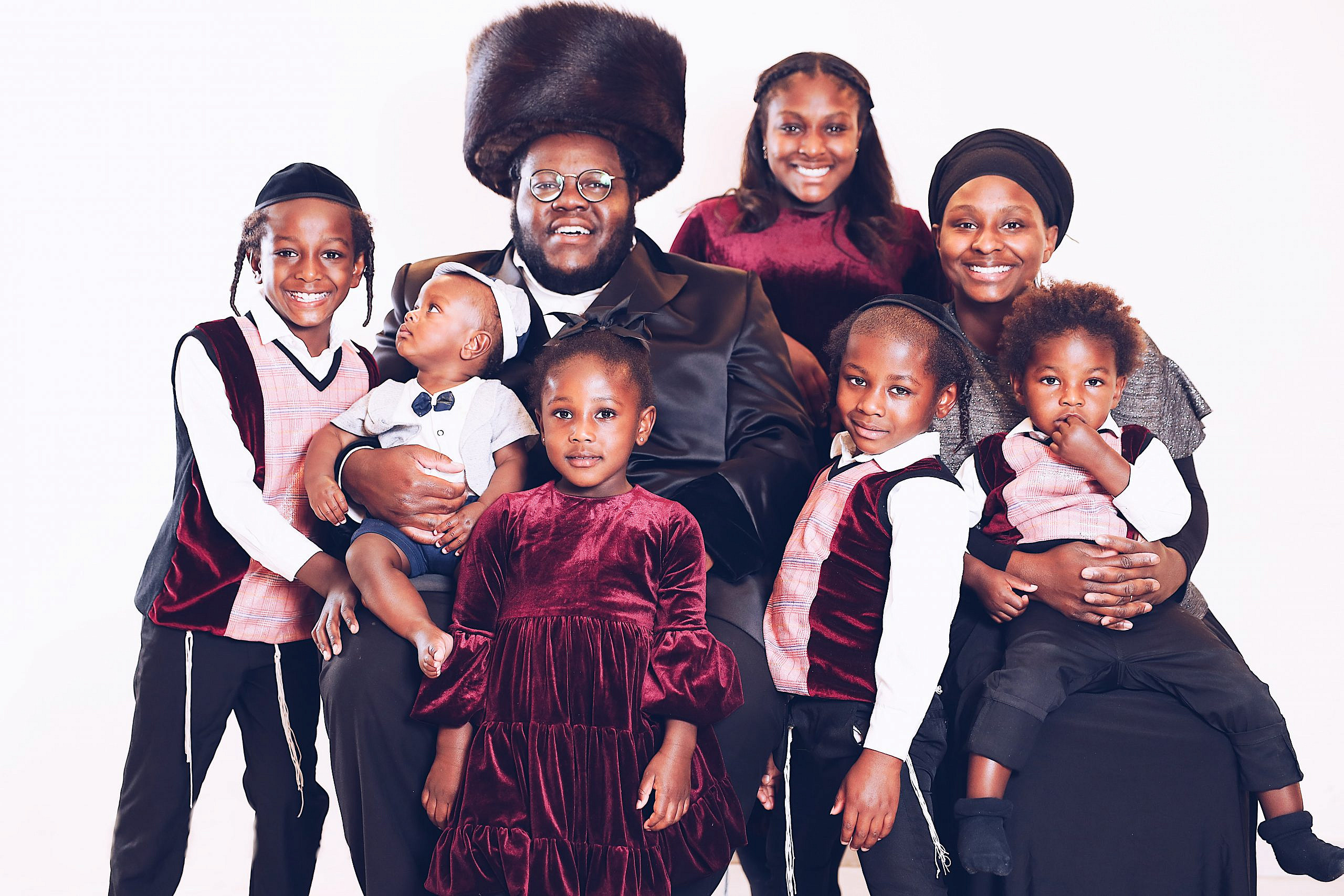 It makes sense that the Shavuot wedding analogy likens the Jews’ intensive engagement with Torah to a lifelong relationship with a partner. So says Jonathan Sarna, Brandeis University’s Joseph H. & Belle R. Braun Professor of American Jewish History, whose American Judaism: A History and other titles have done much to demystify the religion for Jews and non-Jews alike.

“I love this metaphor—to my mind, the kind of relationship that one has with the Torah, like any healthy relationship, leaves room for vigorous disputes, radical innovations, passion, anger, boredom, mischief, misbehavior, reconciliation, and above all, maturation and growth. At the same time, it also demands careful tending.”

And, adds Sarna in his book, A Time to Every Purpose: Letters to a Young Jew, “the very fact that men and women from all walks of life can study Torah—not just rabbis and scholars—is, to my mind, one of Judaism’s most appealing and distinctive features.”

It may be no coincidence, he suggests, that Shavuot-learning all-nighters emerged more or less at the same time, some 400 years ago, as the widespread introduction of coffee.

‘Relive the revelation at Sinai each day of our lives’

Rabbi David Aaron paints the intimate love between a people and their God this way. “Imagine you get a love letter from your beloved. After you read it again and again, and analyze every aspect, you carefully refold the letter, place it in its envelope and tuck it away for safekeeping,” he says the founder of Isralight in Jerusalem’s Old City and author of Endless Light, The Secret Love of God and other titles. “You save this letter because you sense the presence of your beloved within these mere sheets of paper. This, in essence, is learning Torah. Through our involvement with the text, we hear G-d’s voice, feel the Divine presence and experience G-d’s love and relive the revelation at Sinai each day of our lives … and Shavuot is the day we celebrate the laws in love and the love in law.” 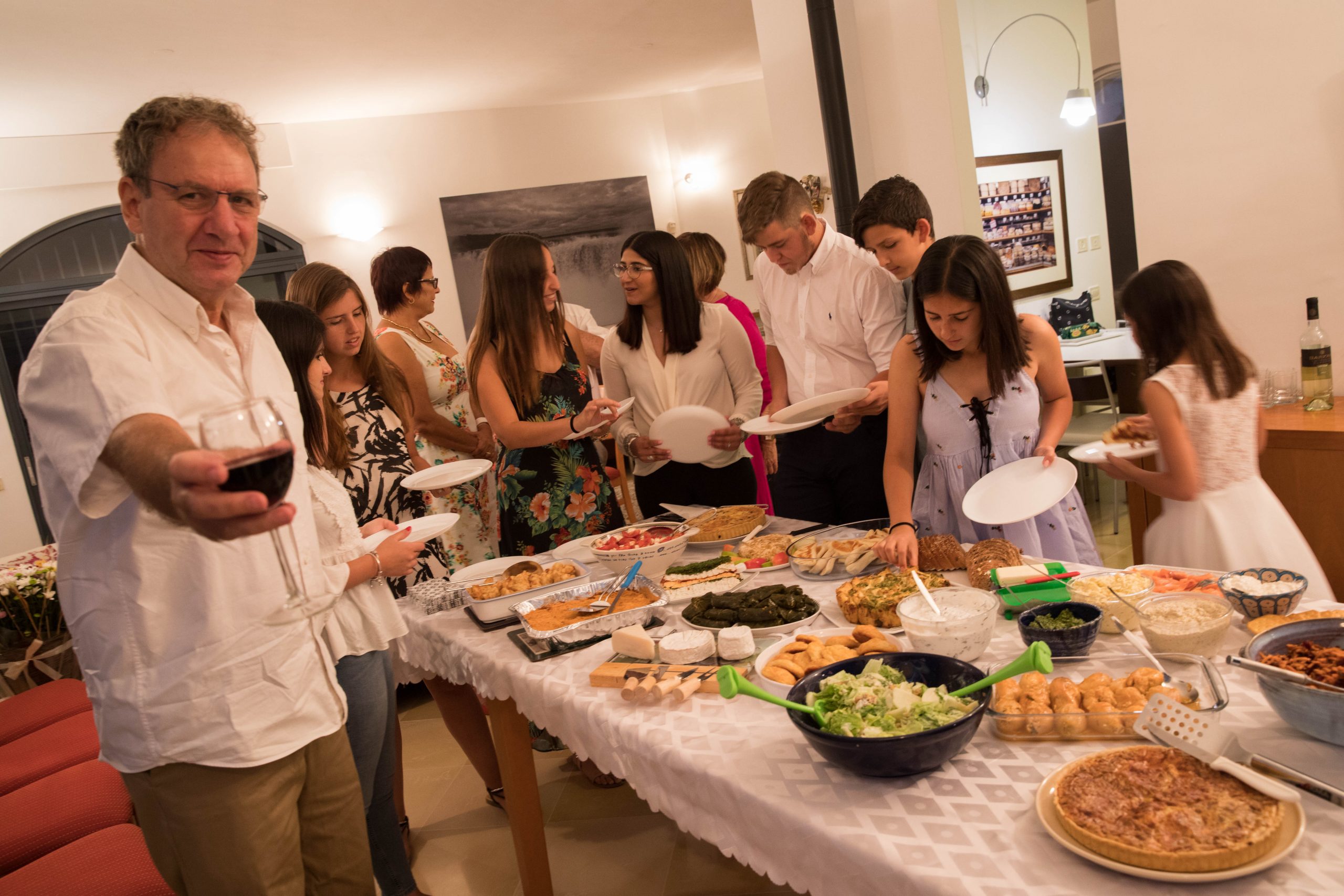 An Israeli family celebrates the Jewish holiday of Shavuot in Tzur Hadassah, Israel, on May 30, 2017. Credit: Nati Shohat/Flash90.

For Itty Kay, who teaches hundreds of women each month for Chabad’s Bais Chana Women International, “Each Shavuot when we’re standing in shul hearing the Ten Commandments read aloud, it’s always like the first time, when all the men, women and children heard the voice of G-d,” she says. “Just like G-d makes the world anew every minute, it’s like He’s standing there waiting for us to receive His Torah and commit all over again to work on fixing the world with Him. It may be 3,333 years ago, but each Shavuot, we commit ourselves anew.”

Indeed, in its 1937 platform, the Reform movement opted to understand that revelation on Mount Sinai is not “a one-time historical event,” says Rabbi Sarah Bassin of Temple Emanuel of Beverly Hills, Calif.

“Jewish revelation is a continuous process, confined to no one group and to no one age,” she continues. “Today, we have the same ability to strive to understand what it is that God demands of us—building upon the wisdom we have received from our ancestors while also adding our own.”

‘Sell it to the women first’

Women, in fact, may well have been the first in line to receive the Torah, says Momentum founding director Lori Palatnik. And most people don’t realize it, she says. “G-d tells Moses: ‘Present it to Bait Yaakov, and then give it to the Jewish people.’ And whenever Bait Yaakov is used in Tanach, it refers to the women. “G-d knew—sell it to the women first. If they say yes, we’ll take it; then it’s a done deal, no matter what the men say.”

And it’s one particular woman who, at least for one young Jew, comes bearing wisdom and strength at this time of year. For Sheva Bron, a high school junior from Jerusalem, the power of Shavuot lies in the story of Ruth that’s read every year on the holiday.

Still, it’s really her mother-in-law who speaks most eloquently to Bron. “Naomi had it hard; her husband and two sons had passed away, and she fell into terrible poverty,” explains Bron. “But she always believed Hashem was in charge,” which is why she continued to urge her two widowed Moabite daughters-in-law to return home to their families.

“And Ruth, too, was willing to accept a future of continued poverty,” she adds. “We can learn so much from her devotion to her mother-in-law and to the Jewish people.”

All of which arrives each spring to inspire and elevate.

“On Shavuot, we are celebrating the day that the Almighty gave the Jewish people this most incredible gift: Jewish wisdom in the form of the Torah, which allows each one of us to enhance every aspect of our lives, and to get close to Him,” says Steve Burg, CEO of Aish HaTorah.

“If we can help every Jew understand that the Almighty gave him/her this extraordinary gift for the taking,” he says, “then the power of Shavuot—the power of Torah wisdom—would become unlocked, and the Jewish people would be able to live happier, more meaningful lives.”