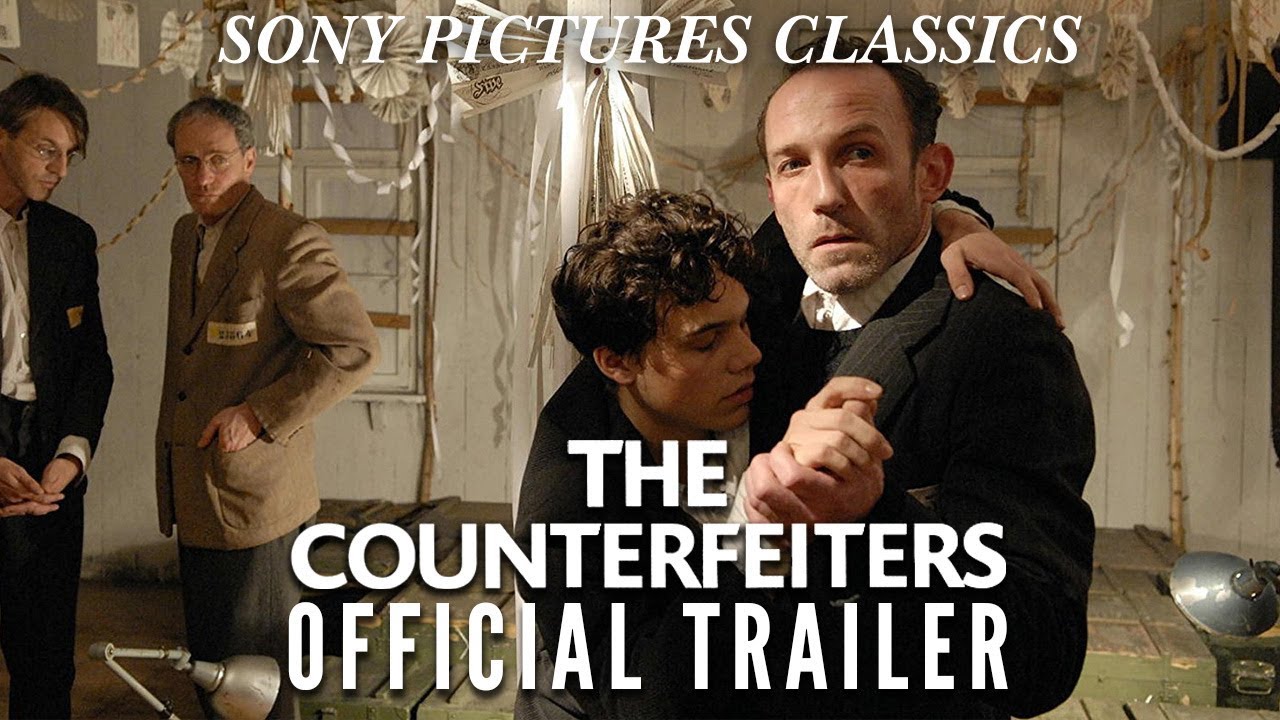 Operation Bernhard was an exercise by Nazi Germany to forge British and American bank notes. The initial plan was to drop the notes over Britain to bring about a collapse of the British economy during the Second World War. The first phase was run from early 1940 by the Sickerheitsdienst (SD) under the title Unternehmen Andreas (Operation Andreas, Operation Andrew). The unit successfully duplicated the rag paper used by the British, produced near-identical engraving blocks and deduced the algorithm used to create the alpha-numeric serial code on each note.

The operation was changed to forging money to finance German intelligence operations. Instead of a specialist unit within the SD, prisoners from Nazi concentration camps were selected and sent to Sachsenhausen concentration camp to work under SS Major Bernard Kruger.  The unit produced British notes until mid-1945; estimates vary of the number and value of notes printed, from £132.6 million up to £300 million. Wikipedia reports that by the time the unit ceased production, they had perfected the artwork for US dollars, although the paper and serial numbers were still being analyzed. The counterfeit money was laundered in exchange for money and other assets. (Die Fälscher).

The questions the director Stefan Ruzowitzky poses to the viewer in the  2008 film, The Counterfeiters streaming on paid Amazon Prime  are both stark and complicated.

–How much cooperation with evil is justified in the name of survival?

–How can the imperative to stay alive compete with the obligations to help others, and to oppose injustice?

The Counterfeiters  is an Austrian film that is sharp, gritty and tough. The protagonist is Salomon Sorowitsch (Sally), a master forger and a fixture of the Berlin underworld. His yellow star is overlaid with a green triangle marking his position as a “habitual criminal” stand out from the others.  The film is based on the book, The Devil’s Workshop, by real-life Operation Bernhard survivor Adolf Burger.

Sally, played by an extraordinary, stone, cold-faced actor Karl Markovics, is a composite of a number of real-life characters.  He plays an underworld figure in Berlin, Germany before the Holocaust who is nabbed by Gestapo officer Friedrich Herzog (Devid Striesow) trying to forge the British Pound and the U.S. dollar.

Herzog now as camp commandant sees himself as an imaginative high-ranking Nazi officer. Knowing the talents of Sorowitsch, he  hand picks Sally for a ruthless Nazi scheme which is designed to counterfeit British and American hard currency.

Sorowitsch eventually finds himself in the Sachsenhausen concentration camp with a number of other talented prisoners whose pre-war activities ranged from the criminal endeavors to classic artists, printers and banking specialists. These prisoners are all housed together in a camp within a camp and under the direct influence and control of Herzog.

With the self-protective instincts of an outlaw. Sally does, however, adhere to the principles of a thief’s code of honor. He is measured in response and looks at every situation for possible personal dangers and potential opportunities. Quickly, it’s clear that he has deep-rooted morals, as he refuses to “rat” out any of his colleagues even under extreme pressure from Herzog.

Sally also is able to protect himself and on more than one occasion he is seen utilizing both forced and unforced skills to defend himself.

All of which causes his fellow inmates to not only be curious about him but also to be wary of his known ability to brutalize others while protecting himself.

In exchange for the utilization of each their unique skills and expertise as forgery experts, each member of this talented team is given extraordinary concentration camp privileges: civilian clothing, weekly showers with soap, sheets and pillows on their very own regular-sized cushioned beds.

This is paradoxical to how all the “other inmates” are being treated. Only a wooden wall, riddled with bullet holes, separates their accommodations and horrid chaos from what they all know is the brutal back-breaking physical work and inhumane conditions on the opposite side of that wall.

One hears near constant firing of gun shots symbolizing the fact that inmates are bring brutally murdered, eaxh with one shot to the back of the head. In a purposely fashioned way, the SS guards and Commandant know that hearing these shots will keep this specialized team working to the benefit of the Reich.

The questions Ruzowitzky poses are both unambiguous and at the same time complex:

Ruzowitzky navigates us through this serpentine path with the interplay and dialog of two of his other major characters: SS Commandant Herzog, the contemptuous, flippant Nazi who oversees Sally, and Burger (August Diehl), a more idealistic prisoner who is working on his own and in secret to continually sabotage Sally’s counterfeiting efforts.

Burger, a younger, better looking version of Sally and just as cunningly brilliant. plays the paradoxical role of conscience to Sally’s criminality. Burger is a left-wing activist, who was been imprisoned for printing anti-Nazi leaflets. The viewer is left to determine is he a political prisoner or imprisoned because he is Jewish?

To blunt the successes and determination of Sally, Burger decides he must slow down Operation Bernhard. He at first does his business in secret and then later openly works to sabotage the counterfeiting process. Any delay threatens the lives of his co-prisoners and brings Burger directly into  conflict with Sorowitsch, who seems to view their counterfeiting challenge as deeply personal and one he alone can overcome more than anything else.

But if Sally Sorowitsch is a crook, he is also something of an artist, and Markovics plays his character without romanticizing it. Only in moments is the viewer allowed a glimpse into his soul. Markovics performance is a masterpiece of concentration and understatement, and it gives Ruzowitzky’s the opportunity to provide all of us the significant jolt of realism.

The Counterfeiters is a swift and suspenseful thriller with grim scenes inside of the Sachsenhausen camp. A note of caution to those who find “inside of the concentration camp” scenes difficult to handle. They are manageable, however. I don’t recommend this film for ages less than 15.

The film won the Oscar for best international film (well deserved) and that is of no surprise. I found the film to be fast paced, the acting superb and as such I highly recommend this true story.