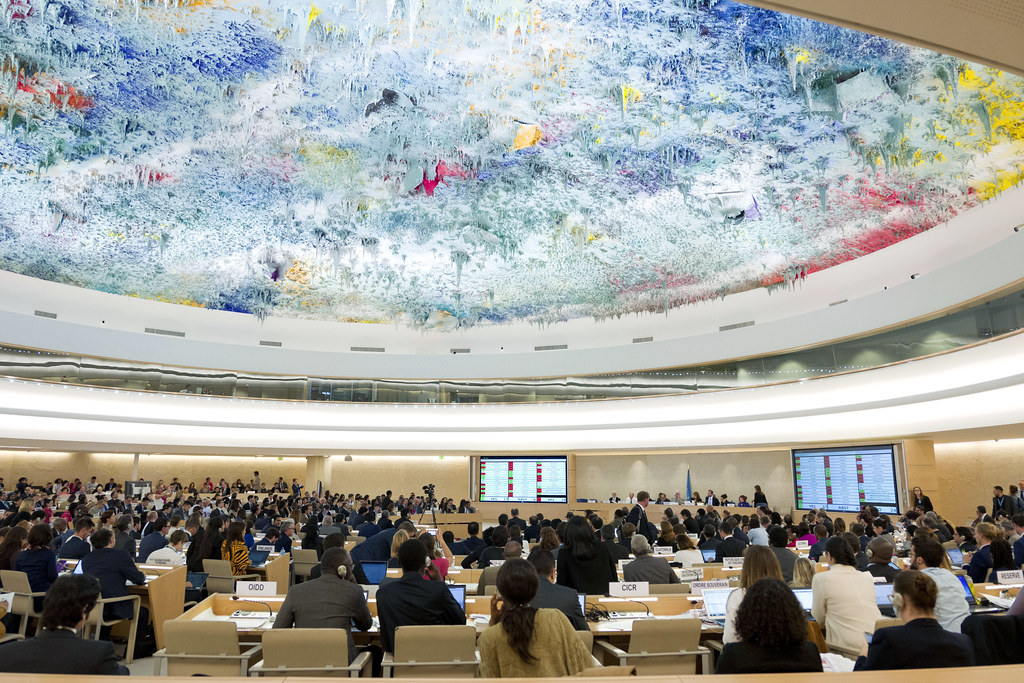 The Wiesenthal Centre Director for International Relations and Observer to the United Nations Human Rights Council (UNHRC) in Geneva, Dr. Shimon Samuels, today sat through three excruciating hours of defamation of the State of Israel.

29 of the slanderous member-States were Muslim, including some Abraham Accords signatories: Bahrain, Morocco and Sudan and – an otherwise friend of Israel – Azerbaijan (speaking on behalf of the Non-Aligned Members) committed blood-libel against the Jewish State.

Only the UAE made a more balanced statement: “We wish to see two states at peace, Israel and Palestine side by side.”

After the High Commissioner for Human Rights introduction, the speaking order included the following Muslim states:

The UNHRC presents, at each yearly session, “Item 7 – human rights situation in Palestine and other occupied Arab territories,” an inquisition against Israel, that singles it out as the only country having its own “item.”

– Libya, Bahrain and Iraq called for an updated international boycott list of company names working in the settlements, also requesting the Human Rights High Commissioner to make the list public.

– Lebanon condemned all “Jewish” provocations permitted by the pandemic.

– Iran attacked “the United States, Canada and the Netherlands for accepting crimes against Palestine.”

– Austria, Denmark, Italy, France and the United Kingdom were also attacked for their call to close Item 7 and absorb it into the general debate on human rights violations worldwide.

– Venezuela and Lebanon led the calls for the inquisition of Israel to continue.

Europe, however, was not unanimous. Ireland and Luxembourg were present to slam Israel for crimes, the latter particularly on “violence against Palestinian women, girls and children.”

The Jewish State will not succumb to the inquisitors’ lies. In the absence of Israel at the UNHRC, its response is in the Talmudic ethics:: “If I am not for myself, who will be?” But, “If I am only for myself, what am I?”

Or read more on wiesenthal-europe.com