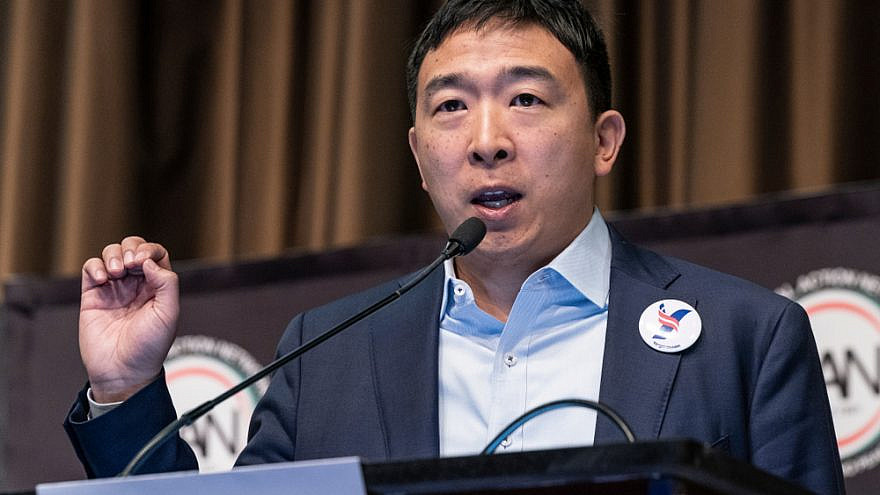 Andrew Yang, the current frontrunner in the Democratic primary for New York City mayor, walked back his firm stance against the BDS movement and promised to meet with Palestinian American leaders on the issue.

“My view on BDS is that because of its failure to disavow certain organizations that have expressed violent intentions toward Israel that I disagree with it, but I have complete respect for people who have a very different point of view,” he said at a mayoral forum hosted by the Muslim Democratic Club of New York on Wednesday, reported Politico.

Yang said he has an issue with organizations that don’t disavow “very, very violent tactics” towards Israel, though he doesn’t have an issue with individuals or activists “making a case for what they think is right.”

He added that his Jan. 22 op-ed in The Forward may have “confused those two.”

He also said that BDS is “rooted in anti-Semitic thought and history, hearkening back to fascist boycotts of Jewish businesses.”

Linda Sarsour, a pro-Palestinian BDS activist, who questioned Yang at the mayoral forum, said she believes that his stance does not come from a place of “bad intentions,” but that it was a “stretch” to say BDS is similar to Nazi boycotts of Jewish businesses, according to Politico.

Yang said he would “be happy to sit with Palestinian leaders, activists, folks who are engaged” in the issue. “I am very eager to learn, I’m very open-minded, and I would appreciate the opportunity.”