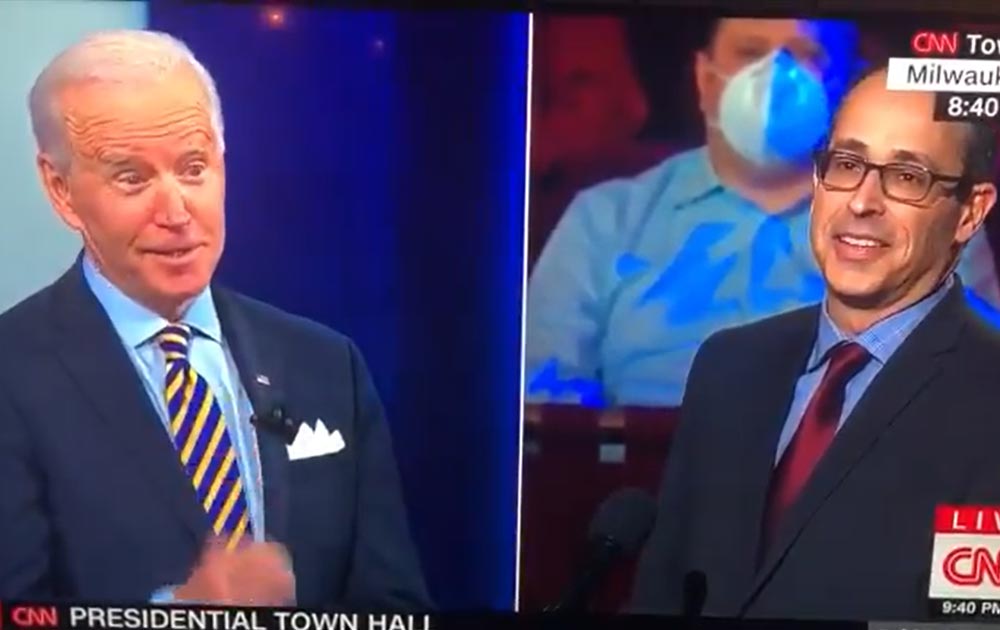 President Joe Biden engaged in a rare moment of kvelling during a live broadcast of a CNN town hall in Milwaukee on Tuesday night.

“I actually know some Yiddish,” Biden revealed during an exchange with a Jewish member of the audience.

The light remark came after the president was introduced to Joel Berkowitz, a foreign language professor and the director of the Stahl Center for Jewish Studies at the University of Wisconsin-Milwaukee.

“I’m not bad at the literature part, but after five years of French, I still can’t speak a word, so I apologize,” Biden said.

To which Biden, perhaps thinking of his time spent with Jewish relatives, replied, “I actually know some Yiddish.”