Home Arts & Culture Broadway teen actor opens up about his Jewish heritage and the role... 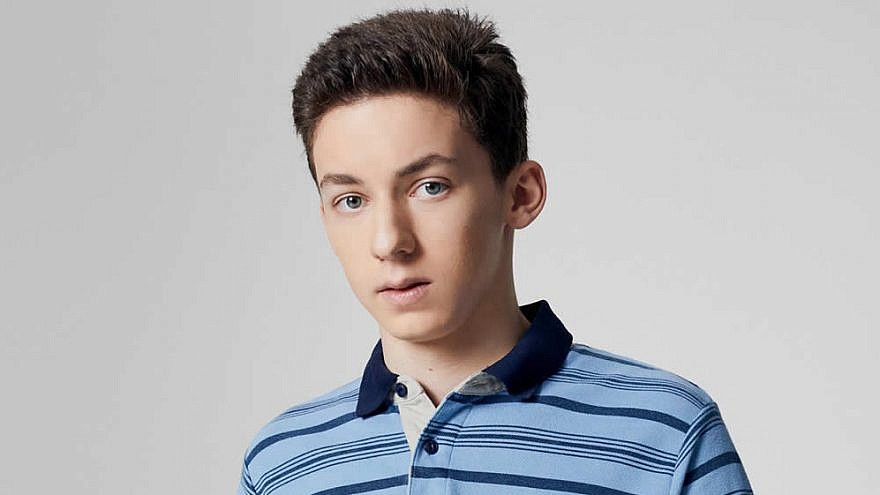 If you were 16, and it was two days before you made your Broadway debut as the lead role in the Tony award-winning musical “Dear Evan Hansen,” you would likely be extremely nervous.

“It’s getting really, really close. I am very, very nervous,” Andrew Barth Feldman, a high school junior, told JNS, “but also very excited. Really, really excited. It’s going to be electric, and I can’t wait. I’m using [the nerves] as much as I can, especially with Evan, who is such a nervous person. It’s pretty easy to channel that energy into him.”

The Long Island resident describes his character, Evan Hansen, as somebody who feels very alone and “in the hyper-connectivity of social media. With that in the background, he’s finding it extraordinarily difficult to connect and that’s really all he wants—to be seen and to help others as much as he can, to be as seen and heard as possible.” 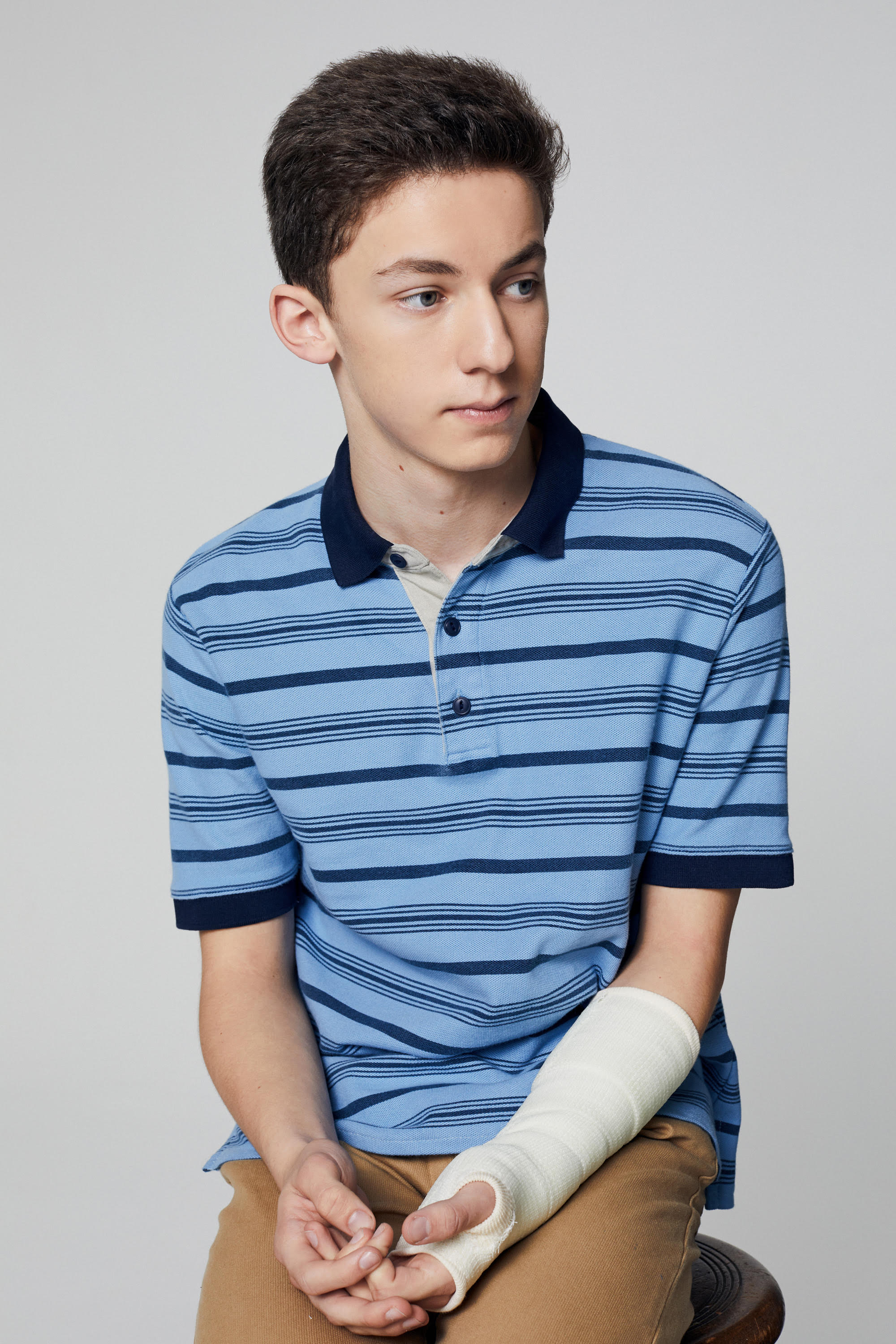 “I think every teenager at some point or usually at many points, if not all the time, feels that same need to connect, and feel seen and heard and validated,” he said. “Evan’s need for that is amped up more than most of us, but it’s something that we can all relate to. I think everyone, when they see Evan, remembers a time in their life when they needed that as much as he did.”

The actor’s mother is an alumna and administrator at his private high school, Lawrence Woodmere Academy; his father lives in Manhattan; and he has an older sister. His Reform Jewish family celebrates the holidays (Hanukkah being his favorite) and goes to synagogue; he said Judaism has “always been part of my DNA.” He went to a Jewish nursery, Hebrew school and had a bar mitzvah, all of which he feels “very lucky” to have experienced. His Jewish identity has made him a “really well-rounded” person, he said.

“I think being a Jewish person in Long Island, you’re really a part of something bigger, and there are lots of Jewish people around us, and it creates a community and something to bond over from a very, very young age,” he told JNS while taking a break from tutoring, which he does 15 hours a week to keep up with his schoolwork while preparing for “Dear Evan Hansen.”

Aside from a few casual and quick references to bar mitzvahs—and something about getting to second base with an Israeli soldier in the script—it’s never specified if Evan Hansen is Jewish himself, but Barth Feldman said in his mind, his character definitely is. He explains that there are components in Evan’s family dynamic life that resemble a Jewish family structure, but, he added, “I think it’s never really specified because he’s so universal and because everyone can be seen in him, no matter what denomination or race or etcetera.”

The creative team behind “Dear Evan Hansen” consists of a number of Jewish talents aside from Barth Feldman, including Benj Pasek, who co-wrote the music and lyrics for the show; Steven Levenson, author of a book by the same title; and the show’s producer Stacey Mindich,  who saw Barth Feldman perform last June at the National High School Musical Theater Awards, known as the “Jimmys,” and offered him the lead role in the Broadway musical.

He is representing the Jewish community now with taking on Evan Hansen, and expressed pride in the number of Jewish members on the show’s team.

“We’re doing it!” he said. “I think Jews love to take ownership, and rightfully so, of those of us who can make it, so I’m happy to give another one. I think it’s so necessary to see Jewish people playing roles like this that aren’t stereotyped and are authentic to the experience. … I think Jews can absolutely find reflection in ‘Dear Evan Hansen’ and so can everyone.”

He first fell in love with theater at the age of 3 when he saw “Beauty and the Beast” on Broadway. When he was 8, he starred in his first show: a community theater production of “Annie” in which he played Mr. Bundles, the launderer at the orphanage who has an unrequited love for Miss Hannigan. “Dear Evan Hansen” is his first professional production.

For his bar mitzvah project in 2014, he started Zneefrock Productions, a theater company run entirely by teens that fundraises for the charity NEXT for Autism. The theater company he founded is still going strong; last year, Zneefrock put on a production of Jason Robert Brown’s musical “The Last Five Years” about a failed marriage, with a different gender pairing at each performance to showcase various types of relationships.

His passions include “Star Wars,” Disney and Horizon Organic chocolate milk—all clearly evident from his Instagram page—but he said his social life has always revolved around theater, and that most of his close friends are also “theater geeks.” 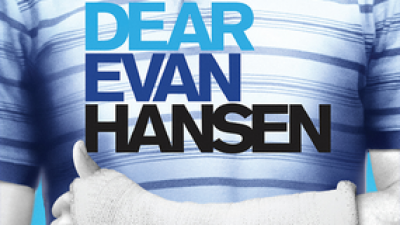 “The love of [theater]; the passion for it, has always been there. The escapism—that power to go to another world at the drop of a hat—is something that has always fascinated me and appealed to me,” he explained. “It’s always what I’ve wanted—to be a part of this world, and to be a part of this community and be on this stage. I just never ever in my life imagined it would happen so early. I’m so lucky and so excited to have this opportunity, and I’m gonna do my best to make it count.”

He is the youngest person to take on the title role. All of his predecessors were in their 20s when they played Evan, and Jewish actor Ben Platt, who won a Tony Award as the first to star in the title role, was 23 when the show opened on Broadway in 2016.

Barth Feldman said “it adds a level of responsibility” being the youngest to ever play the character, and it shows “that 16-year-olds and teenagers can handle roles like these, equipped with the right tools. But I think about it also in a sense that I don’t have to play a teenager; I am a teenager. I don’t have to pretend to be one. I’m really excited to take away that level of suspending the audience’s disbelief.”

He shared some advice to young actors hoping to succeed in show business, saying “learn as much as you can and from as many people as you can. But trust your instincts because you are a person, and if you’re in theater, you are probably a very emphatic person. So if you can tap into that and combine that with your natural human being instincts, you can create a fully formed person.