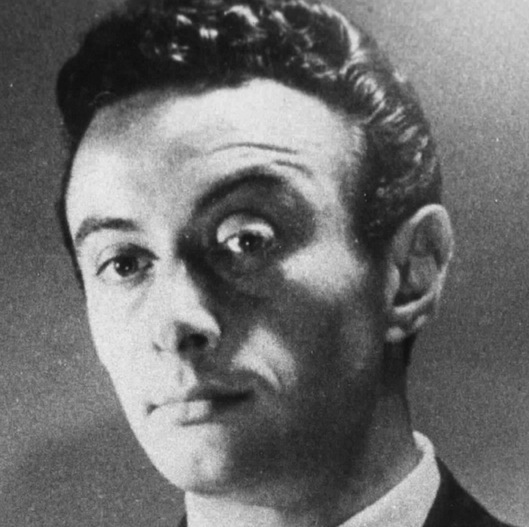 Lenny Bruce (Leonard Alfred Schneider), who stretched the boundaries of free speech with comedy and commentary and taboo subjects, was born in Mineola, New York on this date in 1925. He first became controversial in the Navy, in 1945, when, after three years at war, he offered a dressed-in-drag comedy performance for his shipmates that earned him a dishonorable discharge — which he appealed and got changed. Bruce then took to the stage, built his reputation at San Francisco’s “hungry i” nightclub, appeared on Steve Allen’s Tonight Show on television, was famously interviewed in Playboy magazine, and spent the prime of his career fighting obscenity prosecutions in court while fighting drug addiction in private. On February 3, 1961, he delivered a famous performance at Carnegie Hall, which yielded a three-record set, with liner notes by Albert Goldman, who described Bruce as “an oral jazzman. His ideal was to walk out there like Charlie Parker, take that mike in his hand like a horn and blow, blow, blow everything that came into his head . . .” To hear the man himself in action, visit the multimedia section of the official Lenny Bruce website, maintained by his daughter, Kitty Bruce.

“A lot of people say to me,’Why did you kill Christ?’ ‘I dunno. . . it was one of those parties, got out of hand, you know.’ ‘We killed him because he didn’t want to become a doctor, that’s why we killed him.’” —Lenny Bruce