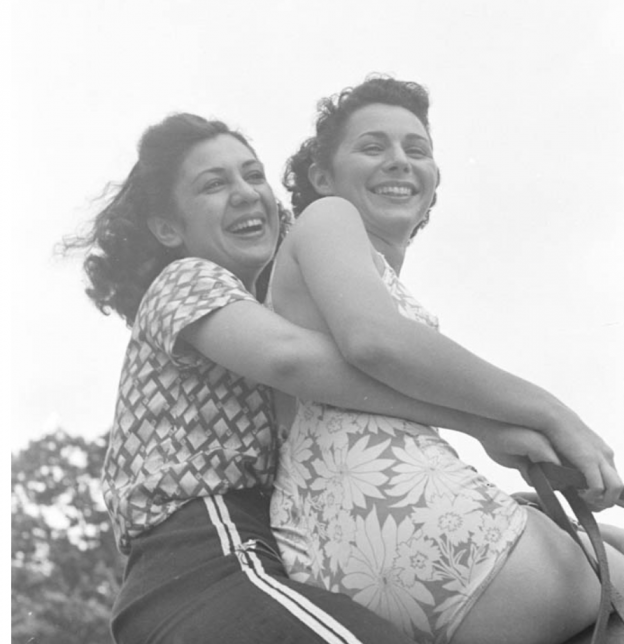 The August 1, 1938 issue of Life magazine featured a 12-page cover story on the International Ladies Garment Workers Union (“How a Great Union Works”) that showcased the ILGWU’s Unity House, a vacation retreat in the Poconos, and contrasted the extreme exploitation of immigrant garment workers in the recent past with a happy vision of contemporary union life.

Life‘s coverage reflected the rejuvenation of the ILGWU in the 1930s thanks to the pro-labor policies of the New Deal, which had helped to bring a majority-female membership (“a third of them Italian, a quarter Jewish, three-fourths women,” wrote Life) back into its ranks.

The article portrayed the union-embedded life of Yetta Henna, a young garment worker from an Orthodox Jewish family, and included a photo of the union-member cast of Pins and Needles, the ILGWU’s hit Broadway show.

“America may now be called a trade union country because the essential character of American industry has changed from non-union to union. . . . Today, Labor is up to its brawny neck in politics, particularly the CIO and most particularly the ILGWU.” —Life