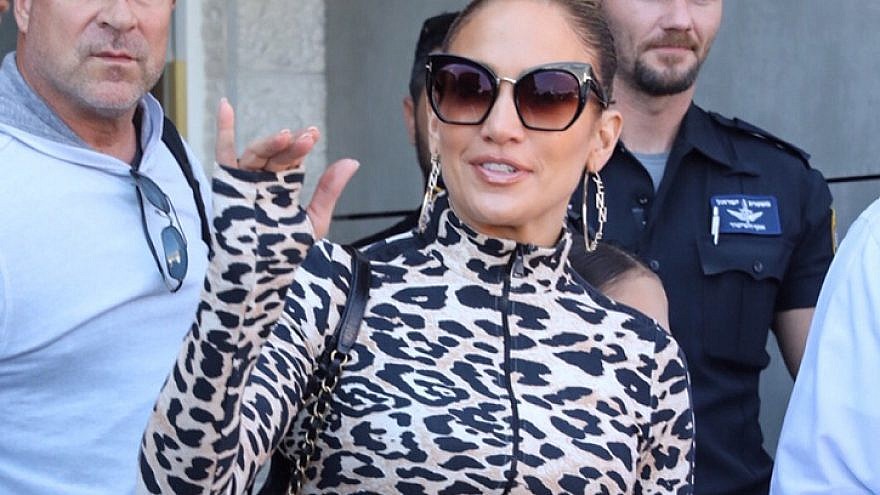 American singer, actress and celebrity Jennifer Lopez landed at Ben-Gurion International Airport on Wednesday ahead of her Thursday night concert in Tel Aviv as part of her “It’s My Party” 50th birthday tour.

A month earlier, Lopez, aka “J.Lo,” told The New York Post “I’m going to Israel, so I am so excited. It’s my first time.”

Despite being the target of an aggressive “J.Lo Don’t Go” BDS campaign, Lopez not only brought along her fiance, former third baseman for the New York Yankees Alex Rodriguez, but was also joined by her 11-year-old twins Emma and Max from her former marriage to Marc Anthony, as well as Rodriguez’s two daughters from a previous marriage.

Along with her family, Lopez is traveling with a 100-person crew, including technical staff, dancers and musicians, as well as a whopping 45 tons of equipment.

Ticket demand was so that high organizers opted to increasing the audience capacity.

Lopez will not leave immediately after her concert, though her itinerary has not been publicized. She is scheduled to leave Saturday for Russia via a private jet and will then move on to other venues in Europe.

Israel invited by Biden administration to participate in summit on democracy