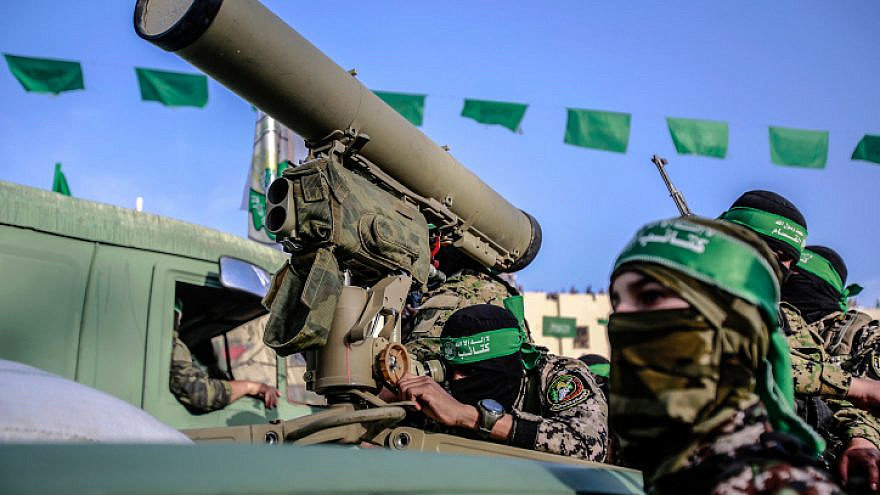 The Campaign Against Antisemitism (CAA) recently wrote to all members of the British Parliament, urging them to ask Home Secretary Priti Patel to ban the terrorist group Hamas in its entirety from the United Kingdom.

CAA explained on Thursday that the U.K. has only proscribed Hamas’ military wing, the Izz al-Din al-Qassam Brigades, and until now relied on the European Union’s proscription of Hamas in its entirety as a “de facto ban” in the U.K. However, following the U.K.’s exit from the European Union last year, it must now enforce into British law its own ban regarding Hamas, CAA said.

“Because of this loophole, Hamas flags can be flown, its ideology can be promoted, funds can be raised, material can be disseminated, and its representatives can operate in the U.K.,” the organization stated.

A CAA spokesperson added, “It is intolerable that Hamas representatives and supporters can operate in the U.K. on the pretense that they only back the group’s supposed ‘political wing.’ There is no distinction between the units of this Islamist, anti-Semitic, misogynistic and homophobic terrorist organization. Support for Hamas is tied to the recent surge in anti-Jewish racism on British streets. The home secretary must move to protect British Jews by banning Hamas in its entirety in the U.K.”