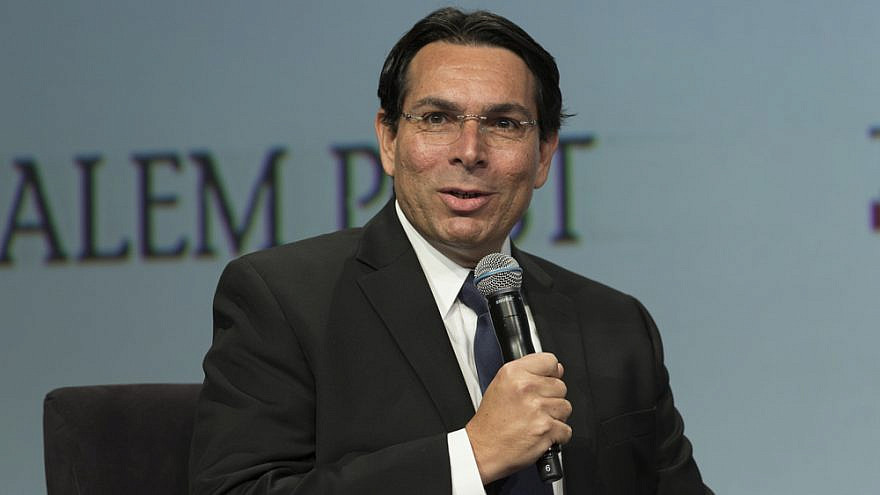 American Jewish leadership must choose between either supporting its constituents or a Biden administration that seems to be in a rush to re-enter the Iran nuclear deal, former Israeli Ambassador to the United Nations Danny Danon said on Tuesday.

Speaking at the annual symposium sponsored by the Ruderman Family Foundation’s Program for American Jewish Studies at the University of Haifa, Danon said, “We are at a time when the United States’ Jewish political leadership has to make a decision: whether to side with Israel or with an administration that is in a hurry to return to the nuclear agreement with Iran.”

Since American Jews supported Israel when the Joint Comprehensive Plan of Action (JCPOA) was initially established in 2015, he believes that the same will be true if the current administration negotiates another entrance into the deal. He also cited attempts in Congress to limit U.S. military aid to Israel as part of a change in policy towards the Jewish state.

“There’s no conditionality, and there hasn’t been. That was not the approach, and I don’t see that changing in the foreseeable future. There are such voices [advocating for this] within the Democratic Party, but they have not gained significant support,” he said.

He also disagreed with Danon’s take on Iran, providing a more optimistic perspective: “Israel can offer intelligence and security insights, and there are many things that the U.S. and Israel can agree on together, like imposing restrictions on Iran. So maybe there will be disagreements on the preliminary steps, but there are long-term goals as well,” where common ground can be found.

“Disagreements are natural,” he added, “and can be managed with goodwill.”

The symposium was held during what the Ruderman Family Foundation considers a critical time in the U.S.-Israel relationship.

“We are at a crossroads regarding future relations between Israel, the new U.S. administration and the American Jewish community,” said Jay Ruderman, president of the Ruderman Family Foundation.

“Recently, a number of Israeli public figures have made disparaging remarks against Reform and Orthodox streams to which most Americans belong. Such statements only succeed in exacerbating tensions,” he said. “Additionally, the inclusion of extreme parties into Israel’s mainstream political system also increases polarization among American Jews, especially the younger generation.”

Ruderman continued, saying: “Our challenge is to rebuild relations, to re-establish a dialogue with mainstream liberal Jews and to erect a bridge between Israel and the Biden administration. The institutions responsible for this conversation on both sides need a restart and must acclimate themselves to the digital world of 2021.”