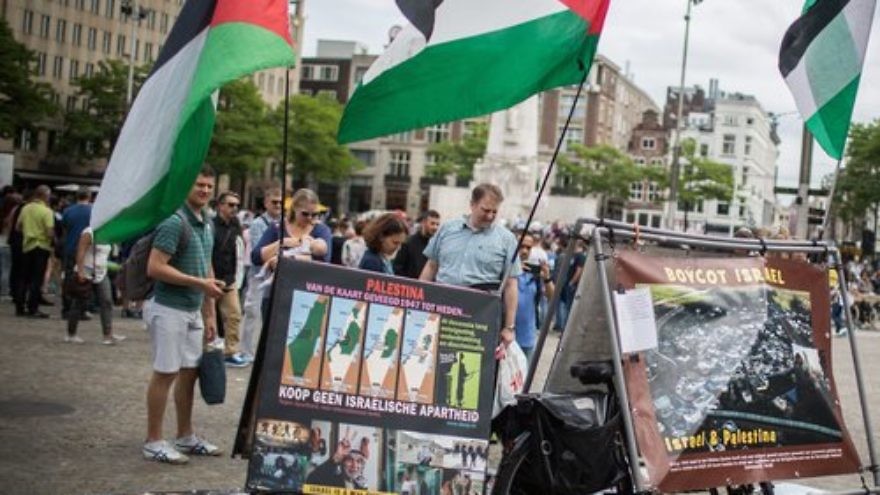 A new poll conducted in the Netherlands finds most of the country’s Jews are afraid to identify as Jewish in public. Half of all Dutch Jews polled said they do not feel safe in their own country.

In an interview that appeared on the program, one respondent, a retired schoolteacher, said her students would say anti-Semitic things to her once they learned she was Jewish. She said the worst such incident she could recall was when one student told her, “The only reason you are still here is because the Germans forgot to take your family to the gas chambers and burn you.”

“My family perished in the Holocaust,” she said.

Forty-three percent said they conceal their Jewish identity in public, by either not wearing a Star of David necklace in public or covering a kipahwith a baseball cap. Forty-eight percent of those polled said they avoid expressing their opinion in public out of fear it will trigger an anti-Semitic response.

Some 89 percent percent of Jews said they believe the Israeli-Palestinian conflict was fueling anti-Semitism.

Hanna Luden, who runs a Netherlands-based center aimed at improving Dutch-Israeli ties, said that she believes the situation in the country is, in fact, worse than indicated by the poll’s findings.

“More and more Dutch Jews prefer not to discuss their faith or ethnicity in public,” she said. “This is a phenomenon that also exists among Jews who work in Dutch government offices, for example, in the Amsterdam Municipality.”

Nearly all of the survey’s respondents, 93 percent, said they believed the local media’s reporting on Israel influenced the way the Dutch population treats its Jews. Several of the respondents said they were made to feel as if they bore personal responsibility for Israel’s actions.

Gerdi Verbeet, the former speaker of the House of Representatives in the Netherlands, said the increase in anti-Semitism in her country was very concerning.

Speaking at a ceremony to mark the 75th anniversary of Kristallnacht (“Night of Broken Glass”)  and ahead of the release of the poll’s findings last week, Verbeet said, “There is no organized anti-Semitism in the Netherlands, but what is happening here is bad enough. I know that many in the Jewish community are now wondering if they want to stay here, if it is safe enough. It is sad, very sad, but I understand them. History has shown that there is sometimes a basis for these concerns.”

Some 50,000 Jews live in Holland, a majority of them in Amsterdam and its suburbs.

All of the Jewish institutions in the Netherlands are under heavy security, with police outside one Amsterdam school sealing off the street every time school begins and ends each day, and questioning anyone who approaches the vicinity of the school.

Police are also stationed outside synagogues in Amsterdam. In smaller cities, where the synagogues do not have armed guards, the buildings are nondescript and make no mention of their religious affiliation.

The results of the poll have shocked many in the country, which has recorded only isolated incidents of anti-Semitism in recent years.

The local government in Amsterdam has announced it will examine the poll’s findings and take the necessary steps.