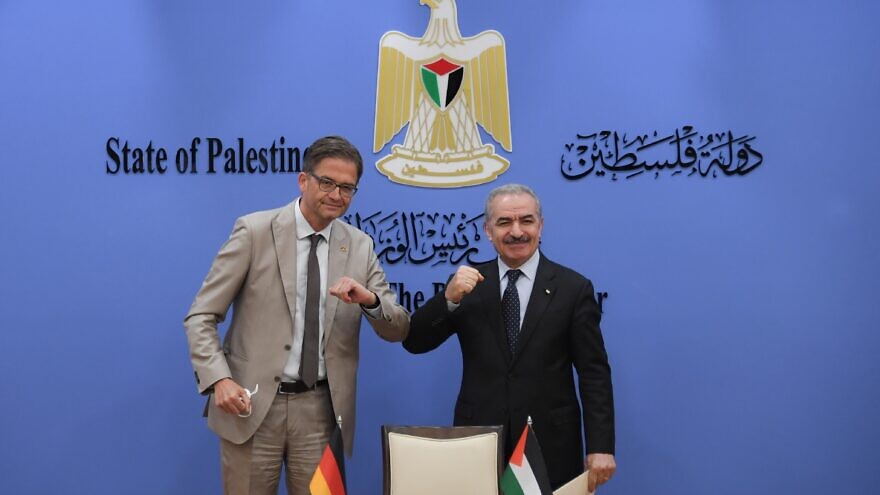 Germany and the Palestinian Authority have signed a 100 million euro ($117 million) cooperation agreement that will see German investment in areas under P.A. control.

The donation will finance “sustainable economic development in [Palestine] over the next two years,” according to P.A. Prime Minister Mohammed Shtayyeh.

“We hope our friends in Germany, the European Union and the international community will help put pressure on Israel to allow elections to be held in all the Palestinian territories, including Jerusalem,” he added.

Following the conclusion of the annual Palestinian-German government negotiations, Palestine and Germany signed yesterday a bilateral development cooperation agreement, worth €100 million, to contribute to sustainable economic development in #Palestine over the next two years. pic.twitter.com/BYkTEG0jRi

Germany’s representative to Ramallah Oliver Owcza praised the bilateral relations between his country and the Palestinians, reiterating German support for a negotiated two-state solution to the Israeli-Palestinian conflict.