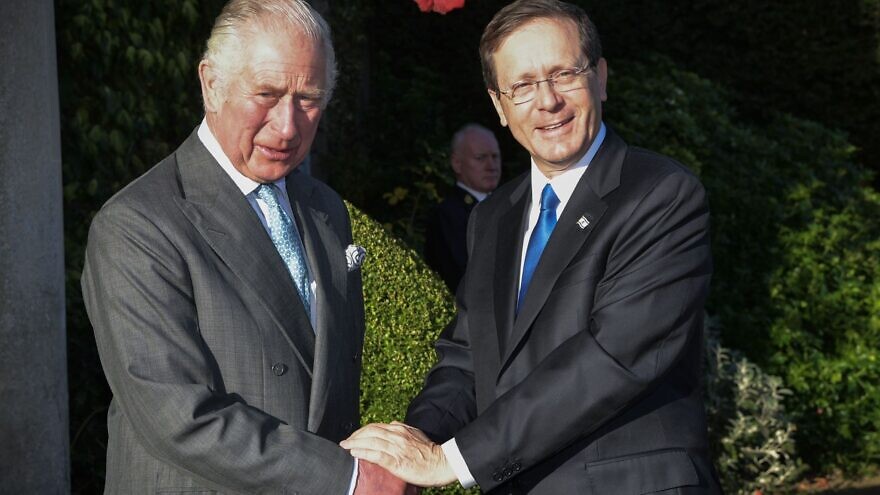 Israeli President Isaac Herzog announced the establishment of “The Compassion and Perseverance Scholarship” in memory of Princess Alice of Battenberg, who sheltered a Jewish family during the Nazi occupation of Greece, on Monday as part of a state visit to the United Kingdom.

Princess Alice was the mother of the late Duke of Edinburgh Prince Philip, who died on April 9 at the age of 99, and the paternal grandmother of Prince Charles.

Herzog introduced the new scholarship in nursing to be instituted at the Hebrew University of Jerusalem while meeting with the Prince of Wales on Monday, the second day of Herzog’s trip.

The family of Haimaki Cohen—a Jew and former member of Parliament in Greece—stayed in Princess Alice’s residence in Greece until the Nazi liberation, according to Yad Vashem. She was even interviewed by the Gestapo when they became suspicious that she was protecting Jews, but the princess used her deafness to pretend not to understand their questions until they left her alone.

She is buried on the Mount of Olives in Jerusalem.

During their meeting, Herzog also thanked Prince Charles for his work promoting Holocaust education and noted his personal relationship to Britain “as the son of a Belfast-born British Army major who participated in the Normandy landings and liberation of Bergen-Belsen, and as the descendent of rabbis who served all across Britain,” according to a statement from the presidency.