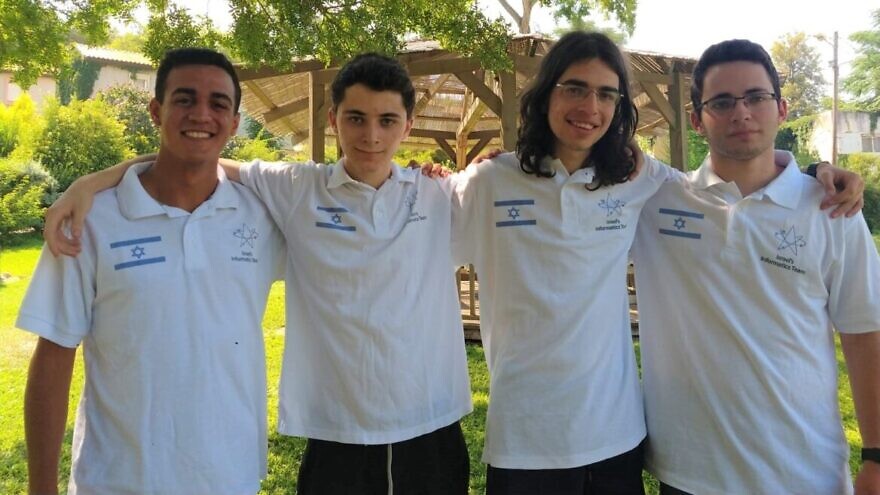 While Israelis are hoping for some Olympic medals for athletic prowess in the upcoming Tokyo Olympics, four teenagers won silver and bronze medals in the 33rd International Olympiad in Informatics for their brainpower.

Hosted virtually by the National University of Singapore School of Computing from June 19-25, the IOI attracted some 351 exceptional high school students from 88 countries.

Each country can enter a squad of up to four contestants to complete timed tasks in informatics skills such as problem analysis, design of algorithms and data structures, programming and testing.

This year marked Israel’s 25th consecutive participation in the IOI, but it was only the second time that all four teammates won medals.

They all finished 12th grade this year and it was the first time each competed in the IOI.

The boys trained at the Future Scientists Center for the Advancement of the Talented and Gifted, run by the Ministry of Education and Bar-Ilan University.

The center’s academic manager, Bar-Ilan University’s Avshalom Elmalech, who did his postdoc in computer science at Harvard University, said that these four were chosen as the leading contenders from a group of 50 students trained for the Olympiad at the center. Some 3,000 high school students applied to take the qualifying test for this training.

“They are very determined and work with us one day each week aside from working on assignments at home,” Elmalech told ISRAEL21c. “The amount of time and effort they put into this is tremendous, and on top of that they are very bright.”

Since 1996, Israel has won seven gold medals, 32 silver medals and 33 bronze medals in the IOI.