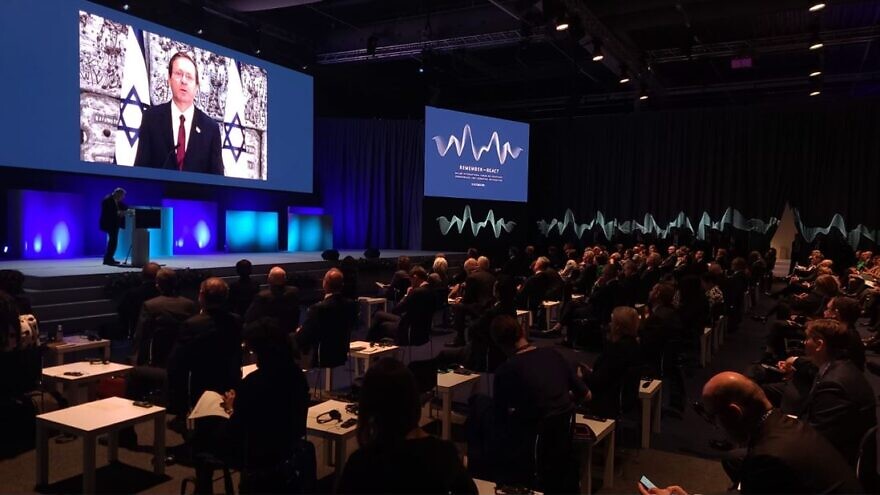 Addressing the Malmö International Forum on Holocaust Remembrance and Combating Anti-Semitism, he said that the IHRA definition had become a “widely accepted reference point” in the fight against anti-Semitism, adopted by more than 30 countries.

Speaking live via video to the conference, hosted by the Swedish government, Herzog explained the difference between criticism of Israel and anti-Semitism.

“As a true democrat and former head of the Israeli parliamentary opposition in the Knesset, I not only support but insist on, the right of any citizen or group to criticize any government on its policies,” he said. “But when criticism of a particular Israeli policy mutates into questioning Israel’s very right to exist—this is not diplomacy; this is demonization and anti-Semitism because Israel is the nation-state of the Jewish people.”