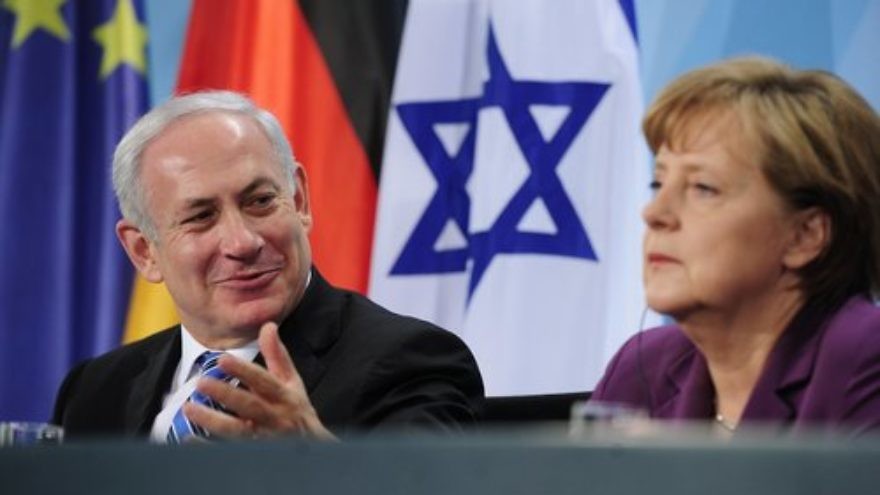 Israeli Prime Minister Benjamin Netanyahu is scheduled to meet German Chancellor Angela Merkel in Berlin and French President Emmanuel Macron in Paris next week. Netanyahu is expected to press the European leaders on Iranian nuclear deal and highlight Iranian aggression in the region.

According to a statement from the Prime Minister’s Office, Netanyahu will begin his tour of Europe in Berlin, where he will meet with Chancellor Merkel on Monday, June 4. He will later that day travel to Paris for talks with President Macron.

The U.S. withdrawal was opposed by France and Germany, which both signed the deal and have expressed opposition to the reinstatement of US sanctions on firms operating in Iran.

The two countries, along with fellow signatories Britain, Russia and China, are now seeking, under the umbrella of the European Union, to salvage the accord, with Iran demanding economic guarantees for its continued compliance.

European Union Foreign ministers, who will meet Monday in Brussels, will continue to discuss Iran and the nuclear deal  better known as the Joint Comprehensive Plan of Action (JCPOA), in light of the U.S. decision to withdraw from the agreement.  At a meeting in Sofia earlier this month, leaders agreed that the E.U. will stay in the agreement as long as Iran remains fully committed to it.

In Brussels, the Foreign Ministers will also discuss the situation in Gaza following recent developments, as well as the move of the U.S. Embassy to Jerusalem.

UJA-Federation of New York to give $200,000 in COVID-relief aid to India