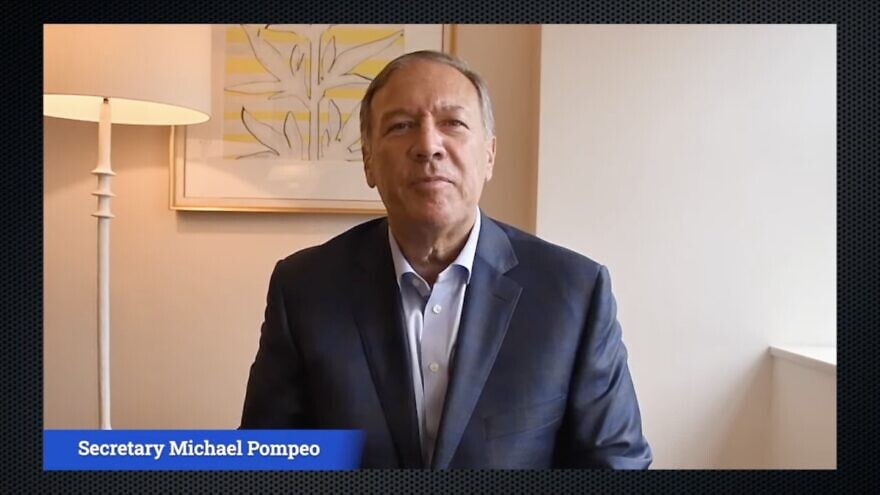 A group of pro-Israel academics, activists, government officials and members of the media held a virtual conference strongly criticizing the Durban conferences against racism, which from its first and most notable conference in Durban, South Africa, in 2001 singled out and demonized the Jewish state.

The Sept. 19 conference focused on various parts of the legacy left by not only the first Durban conference, where Israel was labeled an “apartheid state,” and, according to many of the speakers, Zionism was linked to racism in the lexicon of left-wing groups, but also follow-up conferences in 2009 and 2011. It comes ahead of the fourth iteration—Durban IV—on Sept. 22 at U.N. headquarters in New York City.

Organizer Anne Bayefsky, director of the Touro Institute on Human Rights and the Holocaust and president of Human Rights Voices, opened up the virtual program and introduced speakers throughout the day. In-between, short segments focused on the hypocrisy of many of the nations involved in the conference, juxtaposing the speeches from their U.N. representatives with atrocities in most cases still occurring within their own nations.

She said the goal of Sunday’s conference, titled “Fight Racism, Not Jews: The United Nations and the Durban Deceit,” was to continue to expose related deceit, double-talk and discrimination. The event was co-sponsored by the Human Rights Voices, Touro College Institute on Human Rights and the Holocaust, and CAMERA. 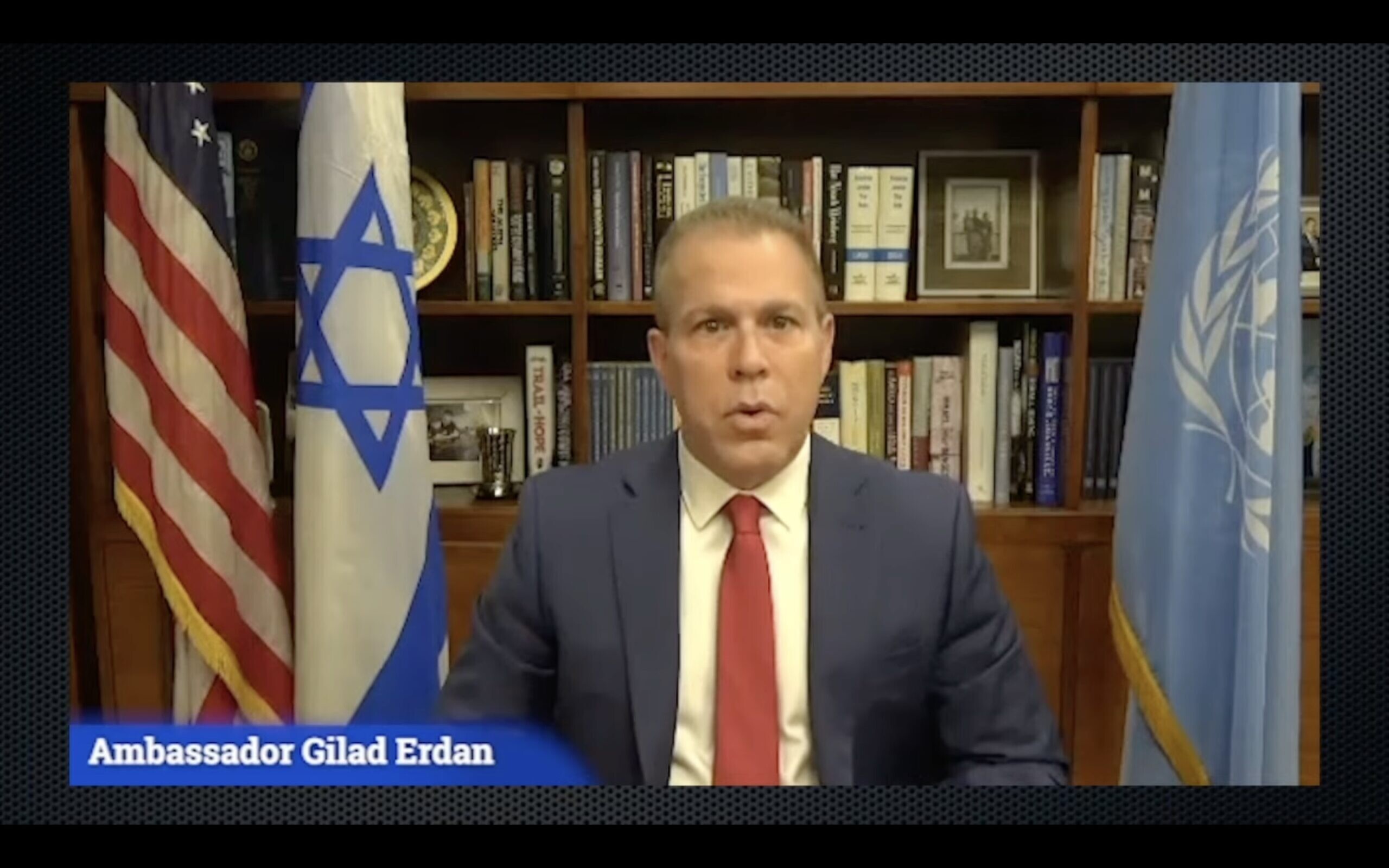 The United States, Israel and as many as 30 other countries are expected to boycott Durban IV—a record number to date.

Still, the failure of countries around the world that did not boycott the conference, even if they disagreed, along with human rights Nongovernmental Organizations (NGOs) that continue to put stock in the Durban process, said Erdan, is what has given rise to today’s wave of anti-Semitic incidents.

“Those who stayed silent when anti-Israel activists called on Hitler to finish the job cannot pretend to be shocked when anti-Israel activists assault Jews on the streets or called to rape Jewish women,” he said. “A direct line connects the legitimizing of anti-Semitic tropes at Durban to the mainstreaming of those same tropes by certain members of Congress. And a direct line connects the exclusion of Israel from the fight against racism to the attempts by BDS to exclude Jewish students from progressive spaces.”

Bayefsky, Cooper and others had attended the 2001 conference and gave vivid descriptions of what devolved into an anti-Semitic confab, where Jews were demonized in rhetoric and in political cartoons similar to propaganda during the era of the Holocaust. Materials such as Adolf Hitler’s Mein Kampf and The Protocols of the Elders of Zion were distributed in and around the conference.

Many Jews had attended the conference in post-apartheid South Africa, believing it to be an opportunity to develop a plan to combat racism in the world.

When they attempted to hold a press conference, they were rushed by a phalanx of Iranian women dressed in black who “tried to destroy our one unified interaction with the media.”

In another instance, the Jewish delegation was prevented by police from going to the Jewish community center after the road was closed off by a 20,000-strong protest from labor unions who were bussed-in to protest, holding signs such as “Hitler was right.”

“All of this took place under the banner of the United Nations, under the lead of the world uniting against racism and hate, and actually pulled off and orchestrated by our supposed comrades in the world of non-government organizations and human rights activism. It was a really crushing blow,” said the rabbi. 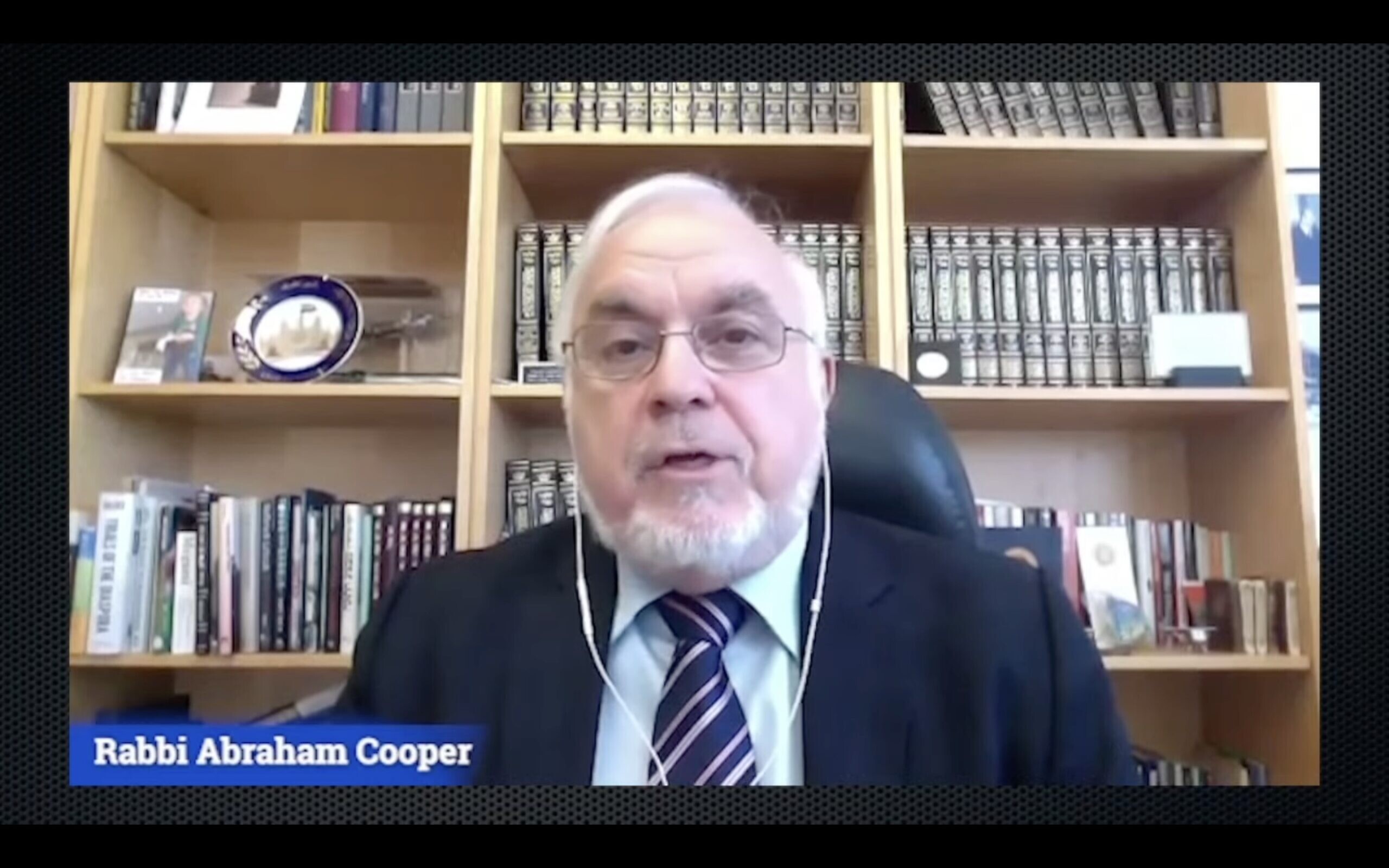 Pompeo followed Erdan and likewise called the conference a deceit. “The Durban Declaration is laced with anti-Semitism, and the goal of those who celebrate it is not racial equality but the undermining and eventual destruction of the State of Israel,” he said.

He said the Durban conference was the birthplace of the boycott, divestment and sanctions movement against Israel. He also noted that the Durban Declaration and its aftermath was one of the reasons that the Trump administration rejected the adoption of the United Nations’ annual budget.

“Israel stands now, just as it always has, as the sole truly democratic state in the Middle East. It’s a diverse nation, home to citizens of varied faiths and backgrounds,” said Pompeo. “Israel citizens are guaranteed freedom of religion under Israeli law and are each accorded the same rights, regardless of their race or their creed. Christian and Muslim communities alike within Israel’s borders are protected from attack by Israel’s military and security forces.

“Israel’s not an apartheid state, and any conference seeking to promote such a baseless assertion must be recognized for the sham that it is,” he continued, emphasizing that “anti-Zionism is anti-Semitism. Denying Israel its right to exist by falsely labeling it as an apartheid state is at the core of what the Durban Declaration asserts. We all must commit ourselves to standing against such deceit.”