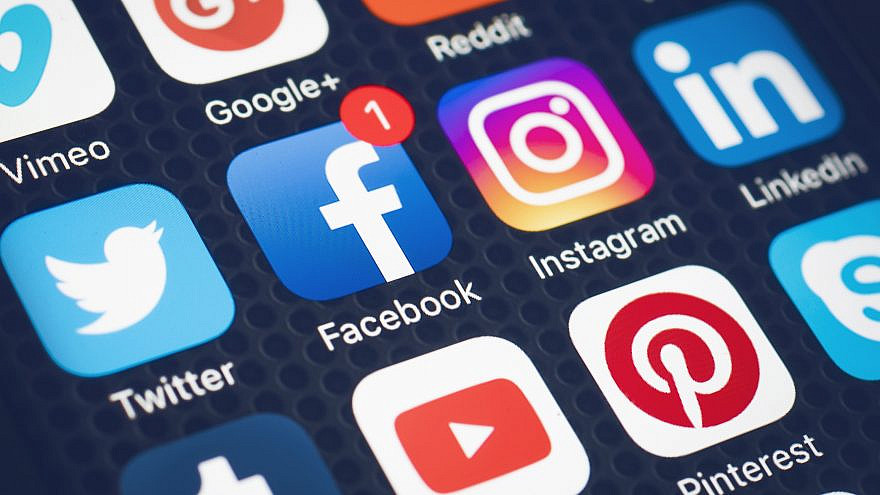 An “explosion of hate and lurid conspiracies” proliferating across various social-media platforms has been observed this year, the Simon Wiesenthal Center said on Tuesday in announcing the release of its annual digital terrorism and hate report/online study.

Not a single platform earned an “A” grade in this year’s report, which evaluates policies social-media companies have in place in order to combat online hatred. The “Big Five”—Facebook/Instagram, Twitter and YouTube/Google—all received a “B-” score. Their combined audience totals almost 6 billion users.

The popular networking platforms Telegram and Parler received a “D-” and a “D,” respectively.

The worst grades went to the networking sites AnonUp, Gab and 8Kun, as well as the video platform Brighteon, all of which received an “F.”

Rabbi Abraham Cooper, who has led the Simon Wiesenthal Center’s digital terrorism and hate project for nearly 30 years, said it’s “worrisome to see us moving in the wrong direction at this juncture in history.”

“Social-media giants, who for decades moved slowly and incrementally against online hate, suddenly entered the political arena, impacting on elections and COVID-related health issues,” he explained. “We call on the ‘Big Five’ to refocus on degrading the marketing capabilities of bigots, anti-Semites and terrorists, foreign and domestic. At a time when our collective economic and social lifeline is social media, we need companies to establish transparent rules about hate—whatever the source—and live up to those standards.”