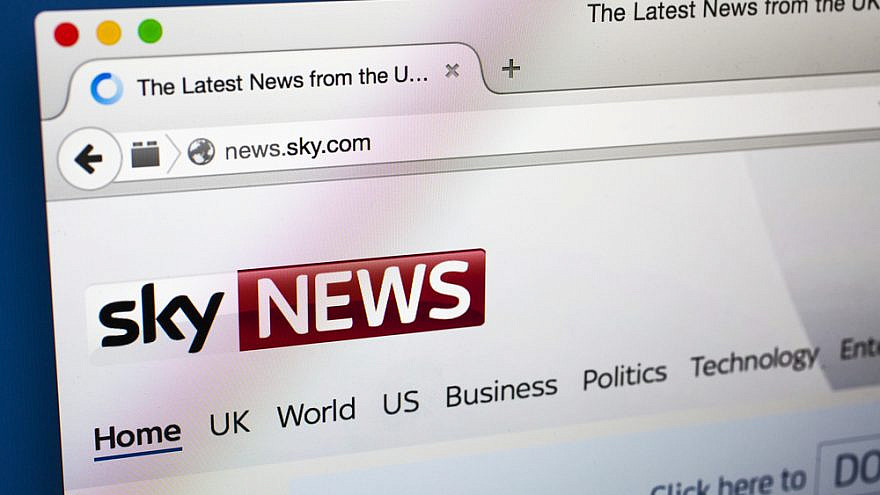 The Middle East correspondent for Sky News is being criticized for suggesting that “Jew-hatred” in the United Kingdom is a result of Israel’s “untenable occupation” and the “consequence of the current Israeli government’s policies,” reported Jewish News.

Journalist Mark Stone made the comments in a tweet on Tuesday in response to a Twitter user named Walter Merrick, who suggested that constant “unbalanced” media coverage in Britain about the Middle East conflict “is resulting in Jew-hatred in the U.K.”

“My children have to hide who they are,” wrote Merrick. “I’m not sure they have a future in this country it’s got that bad.”

Stone replied to Merrick’s message by initially writing, “I am so sorry your children have to hide. Unacceptable.” He then said, “It’s interesting that so many *Israelis* tell me that the ‘Jew-hatred’ you experience is actually the consequence of the current Israeli government’s policies; their prolongation of an untenable occupation.”

Stone, who was in Israel and the Gaza Strip during last month’s conflict, later attempted to apologize for his remarks in a series of tweets. He said, “I was pointing out that some Israelis I have spoken to do feel the actions of their government [are] damaging the image of the State of Israel and fueling anti-Jewish sentiment.”

“These are not my views, they are those of people I have spoken to in my reporting from Israel,” he noted. “I am sorry.”