Home Op-Eds A year with too much to mourn 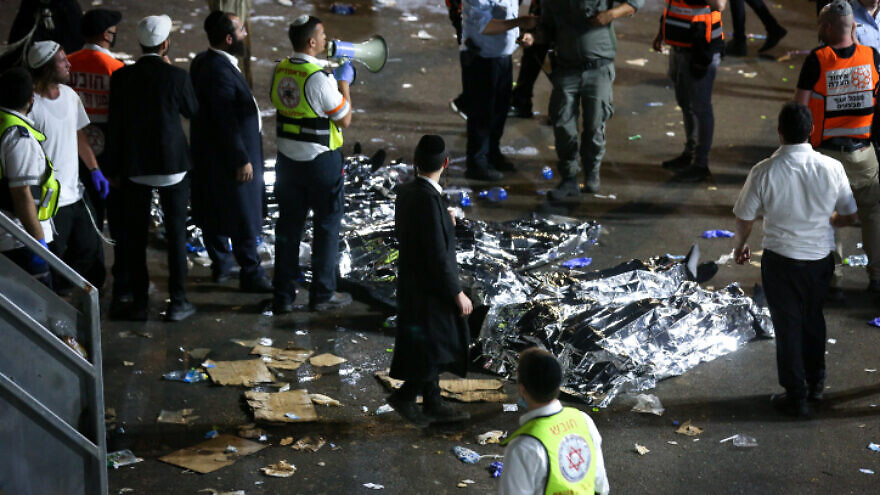 It may have been discouraging, but the dismal turnout for a national rally that was supposed to bring Jews together against anti-Semitism was also an appropriate reminder of the greatest challenge facing them. A week before Tisha B’Av—the annual day of fasting and mourning for the destruction of the First and Second Temples, in addition to other disasters that befell the Jews throughout history—a well-meaning attempt to mobilize and unite the community to confront anti-Semitism didn’t seem to resonate with most Jews. While lots of excuses were subsequently provided to explain why the effort didn’t succeed (it was July, it was hot, people were on vacation, the kids were back at camp, there were no headliners speaking), the real answer was painfully obvious. The political divide between left and right over a host of issues, including Israel and racial politics in the United States, has to some extent left the community too painfully divided to come together in any meaningful way.

That makes the lesson the sages teach that the destruction of Jerusalem was caused not so much by the actions of outside foes but by sinat chinam—baseless hatred—among the tribe, which is all the more applicable on this Tisha B’Av. And coming after more than a year of the coronavirus pandemic, unexpected tragedies, war and a related surge in anti-Semitism, the need for more introspection and unity, and less blaming and shaming, remains greater than ever.

Since the last Tisha B’Av, which was observed amid pandemic lockdowns, the list of Jewish tragedies is long. The toll of the COVID-19 plague was felt throughout the Jewish world, hitting the ranks of the elderly and homebound hard, and deeply impacting the ability of communities to function normally, as well as causing economic privation and harmful social isolation for many.

But even without that worldwide catastrophe, there was plenty for Jews to lament.

Similarly, the collapse of a 12-story condominium in a heavily Jewish neighborhood north of Miami, which left approximately 100 dead with some people still unaccounted for, was another blow that stunned the Jewish world.

But perhaps the greatest challenge facing the Jewish world stemmed from the latest round of fighting between Israel and Hamas. After a Jerusalem property dispute was hyped by Palestinian propaganda outlets and their foreign enablers into a cause célèbre, terrorists from the Gaza Strip fired more than 4,000 rockets and missiles into Israel, sending much of the country into shelters and killing 13 Israelis. When Israel was forced to fire back to halt the attacks, the killing of 256 Palestinians—most of whom were terrorists and some of whom were killed by Hamas and Islamic Jihad rockets that fell short of their target and wound up hitting Gazans—was treated as an unpardonable crime by much of the world. Added to that were domestic uprisings in mixed Arab-Jewish cities that left unprepared Israeli law enforcement scrambling to quell the violence and property damage.

Israeli actions were demonized by people like Reps. Ilhan Omar (D-Minn.) and Rashida Tlaib (D-Mich.), who, like other supporters of the anti-Semitic BDS movement, oppose not merely Israel’s right to self-defense but its right to exist. That helped set off a wave of anti-Semitic attacks on Jews throughout the United States. Jews have also been targeted in Europe by anti-Semites who use the Palestinian war to destroy the one Jewish state on the planet as an excuse for targeting Jews.

Instead of pulling together to face this challenge, as well as other existential threats like Iran’s ongoing efforts to create a nuclear weapon, the last year has witnessed greater Jewish divisions than ever.

In Israel, political paralysis largely created by former Prime Minister Benjamin Netanyahu’s insatiable quest to retain power has made the Jewish state harder to govern than ever. Indeed, even after his replacement by a ragtag illogical coalition composed of leftists and right-wingers, and for the first time, an Arab party, Netanyahu’s efforts to return to office make it likely that another year of political strife is in store for Israel.

Israel’s fractured politics and dysfunctional system are matched by an American Jewish community that often seems to prize its partisan political loyalties over concerns about Jewish safety. A coherent response to increased anti-Semitism has been rendered unlikely by the inability of mainstream Jewish groups to shake off their partisan tunnel vision that causes so many only to see hate when it comes from political opponents, but not from their own side of the aisle. For the majority of Jews who lean left—and the leading organizations that claim to speak for them like the Anti-Defamation League—are too focused on partisanship to call out left-wing anti-Semitism forthrightly and consistently.

Other Jews have accepted the smears of Israel, and either rationalized or embraced anti-Zionist ideology to the point where they are joining the assault on Jewish rights. With so many Jews and their leaders influenced by the way critical race theory and intersectionality have labeled Jews and Israel as possessors of “white privilege,” resistance to anti-Semitism is out of fashion so long as it is not directed at the extreme right.

That has left Jews fractured, angry at each other, and often, too split to respond effectively to a variety of threats.

But rather than merely double down on the back-biting and the frustration, the memory of the toll that sinat chinam has taken on Jews throughout history, this is an appropriate moment to step back and reflect on our collective need to join together to heal our wounds in a way that will enhance Jewish security and rights.

That doesn’t mean that we should accept or validate those who have joined the war on the Jews out of misplaced sympathy for Palestinians or a false belief that Jews alone deserve to be deprived of rights that no one would think of denying to any other people.

It does, however, require us to lower our voices to the point where we are not so enraged by different points of view about politics that we prioritize partisanship above Jewish security. Differing views about Netanyahu and former President Donald Trump—and the people who replaced them in office—are tearing us apart and causing many to lose sight of the fact that we still have far more in common than that which divides us. As we mark Tisha B’Av, rather than keep fueling the fires of internal rage, let’s try to relearn how to listen to each other and credit each other with good motives. Hard as that may have become, it’s far preferable to sitting by and watching another generation of Jews tear each other apart.