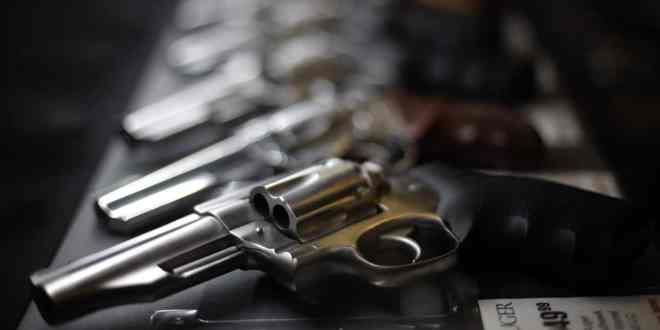 It is a relief to learn that the nearly 10 million Americans who live in Arizona, Montana and West Virginia feel safe from gun violence.

Three Democratic senators from these states will not take all necessary steps to pass two gun-control bills that the House of Representatives approved last Thursday.

After all, nobody went on a shooting spree in any of their states on Tuesday night that left eight people dead, including six Asian-American women. That happened in Georgia, in Atlanta and a northern suburb. A suspect was arrested, and it is not known if the killings originated with anti-Asian attitudes.

I still fear getting shot in my own once-quiet neighborhood, known as Northeast Philadelphia. Last Wednesday, March 10, city police said they arrested 36-year-old Donald Tillman for shooting two people in the back of the head at an apartment complex last Jan. 20, which is less than two miles from my residence. Earlier, he allegedly murdered his wife in a nearby neighborhood.

This gun-control legislation must be shepherded through the Senate to be enacted into law, but Senate rules threaten to stop it cold thanks in part to Democratic Sens. Joe Manchin of West Virginia, Kyrsten Sinema (Arizona) and Jon Tester (Montana). While the Democratic leadership in the Senate cannot control all circumstances in its chamber, they need to devise a strategy to overcome Senate rules.

Manchin, Sinema and Tester are not yet ready to eliminate the filibuster or somehow render it ineffective. The measures need 60 votes to advance in the Senate before the chamber can take an up-or-down vote. Each party has 50 senators, and Republicans cannot be relied upon to end debate allowing for a majority vote. Democrats could take a majority-vote to end the filibuster, which would require Vice President Kamala Harris, a Democrat, to break a tie.

The three Democratic senators have said they are not ready to join in a vote against the filibuster.

So we can all remain terrified that any of us could be next during the next two years, given unforeseen circumstances. Maybe in 2022 we can add enough Democratic senators so we need not worry how Manchin, Sinema and Tester will vote. Meanwhile, if the pandemic ebbs enough, we must continue to fear worshiping in a synagogue or church, attending school or watching a movie – all the scenes of carnage in places like Pittsburgh, Charleston, Poway, Columbine and Aurora, Colo.

Maybe Democratic leaders can think up a strategy to change current circumstances. Senate Majority Leader Chuck Schumer of New York and other Democrats sounded disingenuous as they discussed future efforts for the House bills on television commentary shows.

Schumer pointed out that before Democrats retook the Senate that then-Majority Leader Mitch McConnell would not allow gun-control bills to be placed on the voting agenda even if they would likely fail. Schumer promised that gun-control bills will be brought to the floor where the spotlight will shine on Republicans who could face public pressure in their home states to break a filibuster.

“A vote is what we need,” Schumer said during a news conference last Thursday, as quoted in The New York Times. “We will see where people stand.”

Brian M. Lemek, executive director of the Brady political action committee, said the pro-gun control group would “make sure every voter knows and doesn’t forget who did and did not vote for this lifesaving piece of legislation.”

Anything is possible. Schumer’s idea could work, but maybe it will not. Here is a modest proposal to reduce the odds: Before Democrats do anything else, send legislation to the floor which is of vital importance to the trio’s states but likely to be filibustered. If their bills are filibustered, that could rouse Manchin, Sinema and Tester to junk the filibuster.

Then Democrats would be able to take advantage of its majority, assuming all other Democratic and independent senators are willing to vote to end the filibuster. Even that will not guarantee success all the time in instances when individual Democrats believe their states’ priorities conflict with the party’s goals.

As the Times article explains, one bill “would require buyers shopping for firearms online or at gun shows to have their backgrounds vetted before they could receive the weapon. They are not currently required to do so, although in-person buyers, who make up the majority of such transactions, are.”

The other bill addresses “the so-called Charleston loophole, which restricts to three days the period the FBI has to conduct a background check, allowing many buyers to evade them,” the Times article continues.

“The provision allowed Dylann Roof, the white supremacist who killed nine people in 2015 at a historically Black church in Charleston, S.C., to buy a handgun even though he should have been barred from doing so. The bill would extend the amount of time the FBI has to complete a check for an additional week, to 10 days.”

We can take notice that Congress is not yet addressing assault weapons, which are primarily used in mass shootings.

A week ago, the body count in Philadelphia amounted to 96 homicides, up 37 percent from the 70 slayings through the same span last year, The Philadelphia Inquirer reported. Nine children were among those killed by March 9, triple the number of children slain during that span last year.

My neighborhood, Northeast Philadelphia, is much like a suburb that at one time was largely violence-free. Crime that includes shooting deaths has risen extensively. Poor neighborhoods like West Philly and North Philly are hit hardest by gun violence.

The Inquirer reports that “the violence among young people is being driven by the flood of guns on the streets, schools being closed due to the coronavirus and feuds on social media platforms such as Instagram.”

As gun violence persists, what happens in Philadelphia, Atlanta and other states no doubt occurs in Arizona, Montana and West Virginia, if on a lesser scale. The House legislation is a good start for reducing shooting deaths. Why permit a dense legislative procedure to facilitate more fatalities within America’s borders?