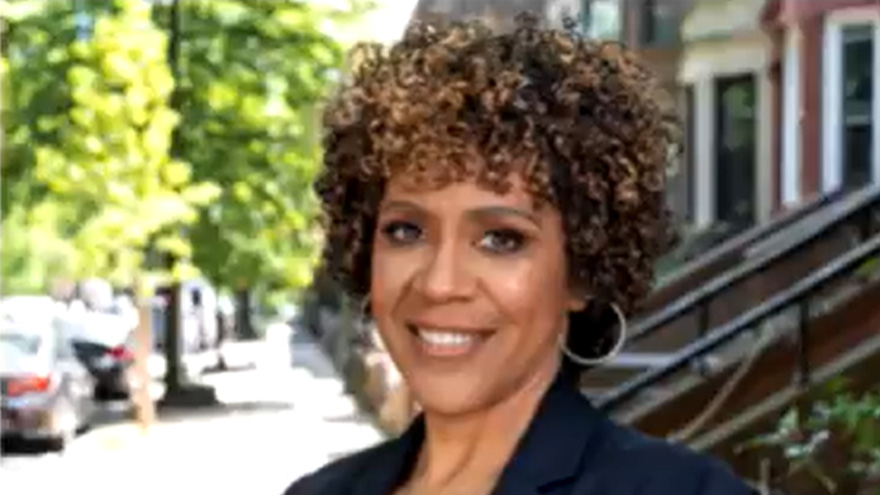 A mayoral candidate who dubbed Israel “an apartheid state” last December, Dianne Morales, was afforded a measure of legitimacy by a progressive Jewish group on April 21. City Council’s president, Corey Johnson, has a strong chance of being elected comptroller more than two years after punishing a Council colleague for speaking truth to power about the status of “Palestine.”

Certainly, both should apologize for these outrages and reconsider their attitudes. I would not expect Morales to ever do that, but perhaps Johnson might one day come around.

“For New York City mayor, The Jewish Vote and JFREJ are excited to endorse Dianne Morales as our first choice, and Scott Stringer and Maya Wiley as our shared second choice,” the two related organizations wrote in a statement.

The Jewish Vote is described as a project for Jews for Racial & Economic Justice, explaining further in their joint statement, “Dianne Morales has an impressive record of executive leadership overseeing the delivery of social services to vulnerable New Yorkers at scale.

“We ranked her as our top choice because her bold plans to defund the police, her commitment to care workers, her movement-driven campaign and vision for the future of our city inspired a clear majority of our members.”

Many American Jews support a number of progressive policies (probably with the exception of police de-funding), but not on their backs, not when some progressives will call Israel “an apartheid state.”

Polling recently at 3 percent, Morales did just that last December when she characterized Israel as an “apartheid state” because of its so-called occupation of land in the West Bank, during a private talk with Jewish high school students, The Forward reported.

On an audio obtained by the newspaper, Morales said, “I cannot advocate for equity and justice in New York City and turn a blind eye to the challenges around those issues in Israel and with the folks living in Gaza and in Palestine.”

Morales’s objections to Israel are so hostile and distorted that any apology and course correction would be a shock to the system, but perhaps Johnson could ultimately be persuaded. His rejoinder to Councilman Kalman Yeger was rooted in concern for Palestinian sensibilities, prompting him to take political correctness to a silly new level.

A four-word tweet – “Palestine does not exist” – cost Councilman Kalman Yeger a seat on City Council’s immigration committee two years ago when council’s leadership team removed him from the panel during a closed-door session two years ago.

As council president, Johnson said then that the Brooklyn Democrat’s statement was “dehumanizing to Palestinians, and have no place in New York City.”

Perhaps Johnson should have proclaimed that facts “have no place in New York City.” A sovereign entity called “Palestine” was never established. The land where Israel is located was known as “Palestine” for a long time, but it was no sovereign state in itself when it was under British control.

However, advocates for the Palestinians for years have been citing a fictitious place called “Palestine,” without bothering to define it. Their assertion has rarely been challenged, and is more frequently referred to by journalists and others as if “Palestine” is a fact.

Yeger is technically mistaken. There is not only one but two Palestines – Palestine, Ill. And Palestine, Texas.

Johnson also noted at the time that the committee “is supposed to welcome and support immigrants in our city. What he said is totally inappropriate and sends the wrong message about our values.”

How Yeger’s view connects with immigration is more confusing. Consider that Israelis and other Jews have emigrated to America in large numbers.

Since Johnson is limited by law to serve as a council member for no more than two terms, he first ran for mayor before dropping out of the race, and recently entered the race for comptroller, an office which oversees the city’s finances. Johnson upset the established order of the race, especially for Brooklyn Councilman Brad Lander. They have been predictably sniping at one another.

Lander could ask Johnson why he recognizes the existence of a country that does not exist, a risky issue to raise. Someone should challenge Johnson to explain himself. With sufficient pressure, maybe Johnson will rethink his words and perhaps admit he made a mistake.

This does not mean that he must abandon his sensitivity for the condition of the Palestinians, who are more victimized by their own leadership. Maybe he will realize that the Israeli-Arab conflict is not so simple as he makes it out to be.

I hold out some hope for Johnson on this matter because he appears to believe that Yeger’s statement was a putdown of the Palestinians, whom he sees as the underdog. The opposite is the case. Yeger was responding to a distortion by telling the truth. Maybe it will get through to Johnson that the Palestinians are not quite the underdog here.

Ironic that Johnson would tell a Jewish Insider reporter: “Part of being a good legislator is being collegial and working with your colleagues.”

Was forcing Yeger off the immigration committee a sample of Johnson “being collegial?”