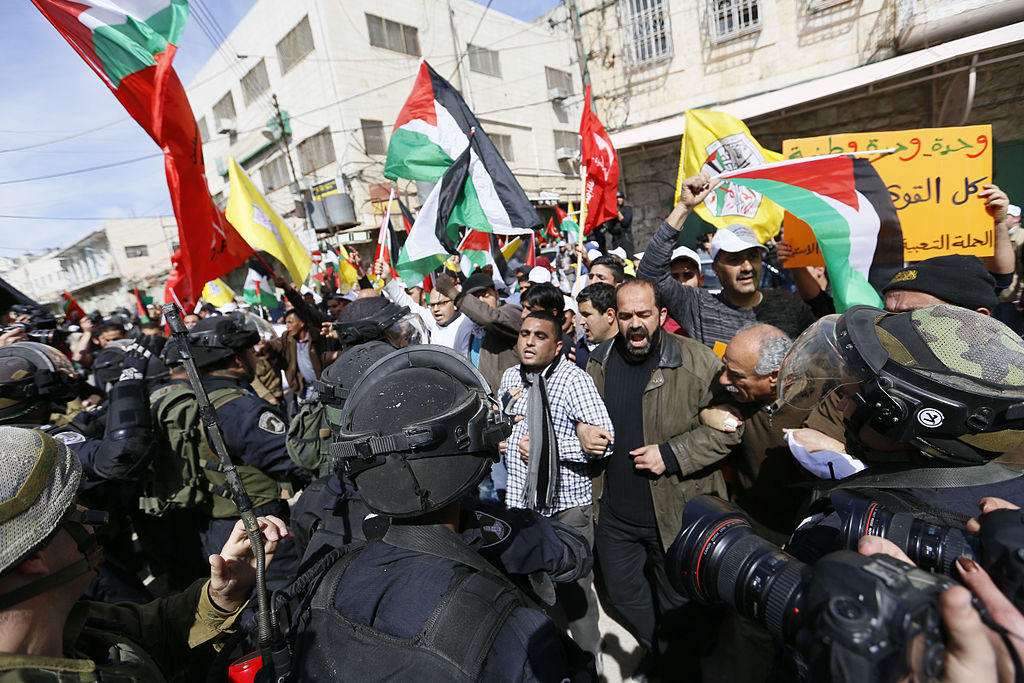 Military officers in democratic countries have a difficult mission: to protect the people and to wage war at the command of their governments. It isn’t easy, and the Israel Defense Forces, like the U.S. military, has an admirable historical record. Occasionally, however, military officers glide off into politics. A group of retired Israel officers, Commanders for Israel’s Security (CIS), appears to be doing that, which normally would be an issue only for Israelis and their government. But this group is asking the U.S. government—specifically, the Biden administration—to create circumstances that they believe serve their country, but are not being pursued to their satisfaction by their own government.

In other words, they are looking for American pressure on the prime minister of Israel.

A word of advice to CIS: Don’t. Ever.

It is an equally bad idea for Americans to tell Israelis how to defend themselves, but since they asked for interference, an assessment of their platform seems reasonable.

Maybe that’s not what they meant.

“The administration should clarify that the eventual two-state outcome balances Palestinian aspirations for a viable, territorially contiguous state with Israel’s Jewish democratic character and security requirements.” The “two-state solution” is an Israeli construct, adopted by American administrations. While it may balance Israeli and Palestinian interests, the impediments are twofold: the Palestinians do not agree, and there are currently three governing bodies between the Jordan and the Mediterranean. If they’re not clear, CIS should ask the Palestinians for a map of where the sovereign State of Israel will sit next to Palestine.

CIS posits “unified Palestinian governance” with “control over all armed entities,” which “presupposes an eventual disarming of Hamas, Palestinian Islamic Jihad and other Gaza splinter groups.” Who will disarm them? Israel? The last P.A. attempt to assert control over Hamas turned into a bloody civil war. Do they think that the United States will condone another one, or worse, help start one?

In an oxymoron, the officers demand a “non-militarized State of Palestine” while noting that “robust security arrangements … will enable the gradual phasing out of an Israeli security presence in its territory.” With no Israeli security presence, a nascent non-militarized Palestinian state would be fodder for Iranian ambitions. The rearming of a recently disarmed Hamas, et al., would be fairly simple.

In a “non-militarized state” without Israeli forces, what are “robust security arrangements” anyhow? CIS couldn’t possibly be considering the old notion of “multinational forces” in the West Bank and Gaza, could it? And American troops to do what? Police the territory? Keep Iran out? Kill off a resurgent Hamas? Keep the Israelis from retaliating for cross-border activity? Excuse me if I, as an American citizen, mother and mother-in-law of U.S. army officers, say, “No way in hell.”

There is more. Continuance of “Palestinian security coordination with Israel … and the P.A. cannot reward those who resort to violence or their families.” So, the disarmed Palestinians will have security coordination with Israeli security not in their territory, and end the “pay for slay” campaign that rewards terrorists and their families? OK, fine. But how? And who? The U.S. Congress enacted the Taylor Force Act, which the Biden administration has end-run.

Third, “steps that reduce friction between the two peoples, enhance security for all and remove impediments for Palestinian freedom of movement, governance and economic development.” More than 100,000 West Bank Palestinians work in Israel every day, largely unremarked upon. The primary impediment to Palestinian advancement is the corruption of the P.A., and the official and ongoing incitement to violence against Jews. Washington cannot fix this.

Fourth, bring in relevant Arab states plus the Munich Group (Germany, France, Egypt and Jordan) and the Quartet. Again, fine.

Fifth, “Washington should lead efforts to shore up the P.A. … For the P.A. to be able to care for its people and for its security forces to continue coordination with ours, it must enjoy popular support and legitimacy. The P.A. and its security agencies need to demonstrate that they serve Palestinian national aspirations, not perpetuate the Israeli occupation. This is why a credible political horizon and tangible improvement in Palestinian daily lives are critically important.”

There are “Palestinian national aspirations” to which the United States should never be a party.

Adherence to the PLO Charter, rejection of the nationalism of the Jewish people and the “right of return” are not aspirations the United States should advance over Israel’s objections. America has spent literally billions trying to improve Palestinian lives and governance to no avail. The P.A. is corrupt, and that has to be solved internally.

Since the heady days of Oslo, the United States has tried to find a mechanism for bringing Palestinians into serious negotiations with Israel. The Biden administration may try as well. But in no case should Israeli citizens, even military officers, ask the United States to interfere with Israeli governance or repeat failed and expensive experiments in “nation-building.”