Home Op-Eds Being A Space Traveler In Your Own Spaceg 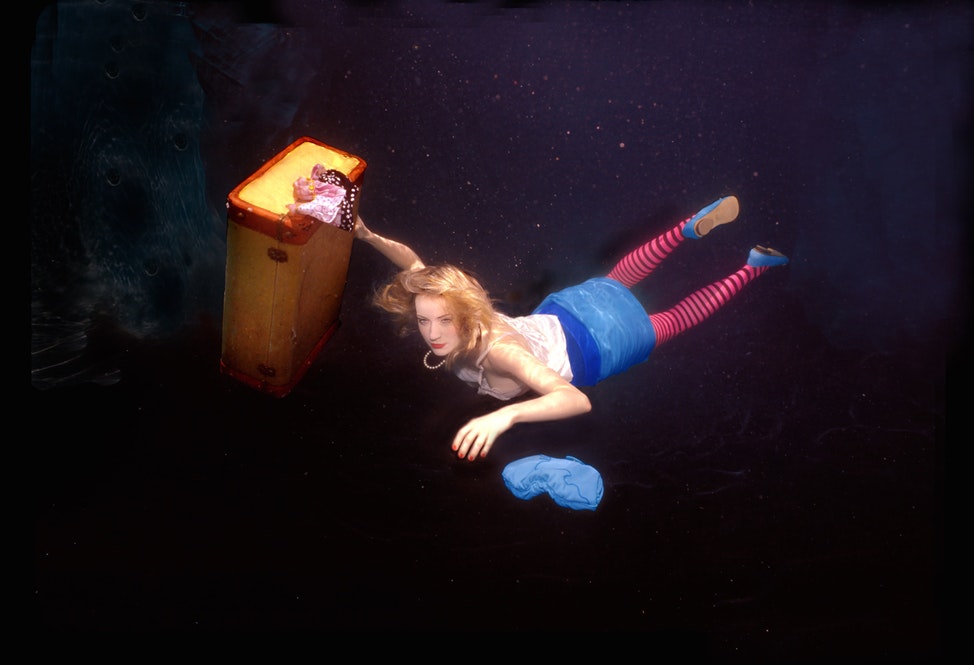 Virtual reality is something that has been discussed several times in this column, and it is becoming an increasingly important mode of life experience in today’s society. Initially, it has involved more perceptual experience and movements of the head and hands.  In a new device being developed called Kat Loco, the focus is on the feet and moving in place to give the illusion of locomotion.  So if one is playing a shooting game, walking or jogging in place can give the illusion of moving around a virtual space where the shoot-out is occurring.  This is done by the attachment of three sensors to the person: two to the ankle and one to the waist.  They transport a person into an alternate world, where the movements of his feet in one location give him the sensation that he is actually moving through space.

Sounds like fun, doesn’t it?  But basically it is the experiential equivalent of empty calories.  One is not even leaving a true mechanical marking on the surface of one’s fields of experience, let alone an organic imprint.  One is spending a lot of time in a living reenactment of a video game and not making or preserving any organic imprints.  And of course, without preserved organic imprints, one is not creating a surrogate immortality and not preparing for death.

And spending so much time in a virtual video game world will ultimately lead to the blurring of virtual reality with external world reality.  It will lead to the vacuumization of normal daily life experience.  People will become too numb to be able to involve themselves in bonded relationships with others.  People will lose their capacity for empathy and will find it easy psychologically to hurt other people as a vehicle for generating abrasive friction inside of themselves in order to pull themselves out of the numbness they have been sucked into.

Being able to move one’s feet through space in a virtual reality world is one more channel of stimulation to give a person the impression that he is actually exerting some meaningful control over his vacuumized field of experience.  But it is a false sense of control, because whatever impact he has on the metaphorical furniture of his virtual world does not endure beyond the game.  And yet the game is compelling and impelling and almost makes a player feel as if he is involved in a real adventure on a quest.  It is enveloping and has the feeling of a kind of work.  As virtual and external world reality blur, so also do game and work realities.  Now granted there are plenty of people who make their living playing games.  But external world games are set apart in their character from normal work activities.  They don’t invade the space of normal work activities the way that virtual games can.

In a virtual reality game, a person could kill an adversary without any moral qualms, because he knows that the adversary is a vacuumized entity that lacks mass, matter, and substance and that doesn’t have a meaningful independent existence apart from a human’s experience of it.  From the point of view of external world reality, the vacuumized humans, animals and creatures of virtual reality don’t really exist.  They are merely a shadow of existence.

With Kat Loco, a major problem has been solved in the experiential placement of human beings into a virtual reality world.  A person can walk in place and experience himself moving through an alternate reality.  An alternate reality where he can experience himself as making and preserving faux meaningful imprints by carrying out what, on one hand, he can consider to be heroic actions in heroic conflicts.  It is the complete alternate mission in an alternate world.  The only problem is that none of these apparent imprints truly stick, because there is no mass, matter or substance to absorb the imprints.  Get out of the virtual reality device, and all traces of what the person carried out also disappear.  Again, it is the experiential equivalent of empty calories.

What will happen to today’s youth who spend a growing amount of time in virtual reality games as they grow up.  Not only will they one day discover how much time they have wasted that could have been spent making and preserving real organic imprints in order to feel fully alive and to prepare for death, but they will experience themselves as being more detached from external world reality on an ongoing basis.  Which will impair their capacity to carry out the real business of the real external world.  So if young people continue to immerse themselves in virtual reality games, the very foundation of society and civilization could be affected.  It’s something to think about when Kat Loco becomes commercially available.  Run away from it using your feet in external world reality.

What The U.S. Coronavirus Response Says About American Exceptionalism