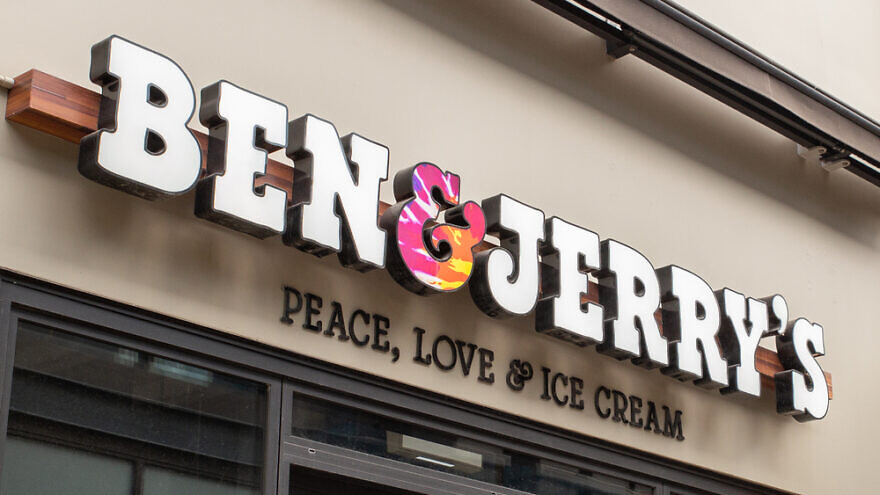 To those who followed the saga of Ben & Jerry’s social-media silence, the outcome was never going to be sweet. In the wake of the fighting between Israel and Hamas this spring, the Vermont-based ice-cream company, which was woke even before most people understood the meaning of the term, came under ferocious pressure from left-wing activists to sever its ties with the Jewish state.

As The Boston Globe noted in a feature published last week, Ben & Jerry’s stopped posting on its accounts once Hamas and other Palestinian terror groups began firing 4,000-plus rockets and missiles into civilian populations in Israel, an action that prompted Israeli counter-attacks. Most of the country didn’t lose any sleep over the fact that the firm wasn’t supplying its followers with tweets about its latest flavors mixed in with others signaling its support for the Black Lives Matter movement or its belief that America is a racist country and other political statements about issues ranging from the environment to its animus for supporters of former President Donald Trump. But as the Globe reported, the silence seemed to be related to the fact that its longstanding business relationships in Israel had come to be seen as a betrayal of its reputation as the embodiment of woke sensibilities.

After 61 days of quiet, the company announced this week that it would “end sales of our ice-cream in occupied Palestinian territories.” That means that once its agreements with its current distributor expire at the end of next year, no one will be able to purchase its products in any part of the country that was illegally occupied by Jordan from 1949 to 1967, including much of Jerusalem and all of the West Bank. It says it would “stay in Israel by a different arrangement” in which it will theoretically do business with a distributor that will agree to a boycott of the country’s capital and lands where Jews and Arabs no country currently has established sovereignty.

Predictably, that isn’t pleasing those who have been attacking the company for its presence in the Jewish state. A group calling itself Vermonters for Justice in Palestine says they won’t be satisfied until Ben & Jerry’s is fully compliant with BDS mandates and ends all operations in Israel.

But somehow through all these decades of virtue-signaling and activism, it also operated in Israel.

Opposition to Israel’s right to exist and defend itself was not always considered incompatible with liberal activism. That may no longer be true. In the last year, the Black Lives Matter movement and its associated ideologies of critical race theory and intersectionality have gone mainstream. That means that many on the left now view Israel solely through the distorted prism of myths about “white privilege” in which the Palestinian war on the Jewish state is considered somehow morally equivalent to the struggle for civil rights in the United States.

The reaction to the Hamas rocket offensive or any of the pretexts it cited to justify its latest war crimes are rooted in these ideas. Those claiming to advocate for “justice in Palestine” want to boycott Israel not because of anything it does but because of what it is: the one Jewish state on the planet. As its advocates make clear, BDS is not about supporting compromises on territories, settlements or borders; its goal is to eliminate that one Jewish state. Once you classify Jews as somehow not indigenous to their own country even when the majority of them are technically “people of color” with origins in the Middle East and North Africa, and as possessors of “white privilege” who must be dispossessed in favor of a group that is considered lacking privilege, there’s no room left in the region for Israel.

That means that the sort of person who looks to Ben & Jerry’s for political insight and inspiration is no longer willing to tolerate the fact that, for example, Jews living in the Old City of Jerusalem or its suburbs can purchase “Chunky Monkey” from the company that has the local rights to distribute its products.

Boycotting Jerusalem and the territories is BDS light, and is defended by some as a statement about support for the peace process or a desire for a two-state solution that Palestinians have repeatedly rejected. But there is little doubt that this is merely a halfway step towards a full boycott. Ben & Jerry’s employs both Jews and Arabs. Will putting those people out of work or making it harder or impossible for Palestinians to buy their treats make peace more likely?

To the contrary, refusing to recognize the permanence of the Jewish presence in the ancient Jewish homeland, including those areas where several hundred thousand Jews live and which, even in a theoretical two-state solution, Jews will remain, won’t advance the cause of peace. Supporting BDS—whether in its full anti-Semitic version or a partial one—encourages both Hamas and its supposedly “moderate” Fatah rivals to continue to refuse to recognize the legitimacy of a Jewish state no matter where its borders might be drawn.

Like other instances of BDS, Ben & Jerry’s and its still unsatisfied left-wing activist scolds aren’t going to do any damage to a Jewish state with a thriving economy with growing ties to the rest of the Middle East. There are, as Prime Minister Naftali Bennett said in reaction to this absurd decision, lots of different choices of ice-cream for Israelis to consume. However, they have only one country and no plans to surrender it even amid the heaps of hate leveled in their direction by leftist intellectuals and their fellow travelers.

By playing this game, Ben & Jerry’s will encourage many supporters of Israel to boycott them in retaliation, which will also not do the company much damage. What this unsavory episode teaches is that once toxic ideologies become fashionable, common sense, as well as genuine concern for human rights and justice, goes out the window. Pro-Israel Jews and others who are appalled by the company’s woke behavior will survive without this particular brand of ice-cream. Still, when those who claim to speak for justice become part of a movement that is fueling the surge in anti-Semitic attacks across the globe, they need to stop pretending that they are peddling desserts with a conscience. No one involved in this cowardly and dishonorable effort to target Israel has one.