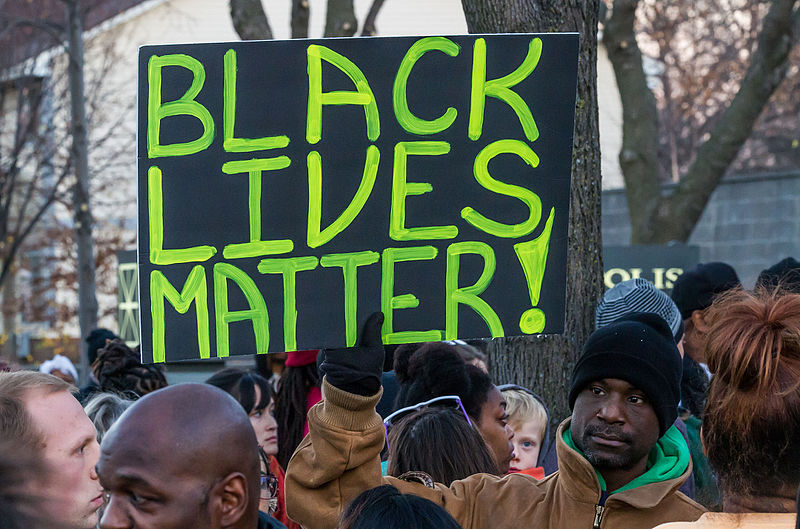 How does the Black Lives Matter movement find the time and energy to brand Israel as an apartheid and genocidal state and equate its policies with police brutality?

And why don’t any BLM members speak up about those among their associates who have diverted attention from the primary issue that inspired the Black Lives Matter campaign?

In so many words, they have done just that. Finally.

The New York Times last Saturday reported on the conflicts that have engulfed the organization, formally called the Black Lives Matter Global Network Foundation. Several chapters broke away because of their claim that BLM refused to provide financial transparency or allow the chapters to participate in decision-making.

Family members of some victims of police killings accused racial justice organizations of raising money in their children’s names without aiding the families and their work to improve conditions, according to the Times.

YahNe Ndgo, an organizer of Black Lives Matters Philly, said members of many chapters did not speak up because national leaders warned that the movement could fracture if internal conflicts were expressed publicly, the Times reported. Ndgo said that people with concerns needed to speak publicly when national leaders spun off a new group, BLM Grassroots, last year to serve as an umbrella for all chapters.

The protests of these BLM members affirm that the Black Lives Matter movement is no monolithic formation of people who walk in lockstep. The front-page Times article omits any mention of Israel or American Jews, yet the sentiments expressed by Ndgo and others capture the same tone of Jews enraged by the actions and positions of the BLM’s national leadership.

Not to mention the fierce reaction of many White citizens in general and perhaps others who are not African-Americans.

“If a group is not acting in service to the movement, then it has to be addressed,” Ndgo said.

Ndgo and others who have challenged the leadership have their eyes on the ball: Stop police killings of their children. No matter how they feel personally about Israel, they do not sound like people who would allow the conflict to intrude on this objective.

I felt relief about their pushback. There is already a substantial amount of anti-Semitism in the black community, and there is a fair measure of racism among Jews. I never thought that anti-Semitism is a common thread among all African-Americans, but anyone should wonder how bad it is after what BLM has done in recent years.

Most American Jews fully sympathize with the concerns of Black America, including that of police brutality. The majority usually vote for Democratic candidates who address racism and related issues, but Donald Trump appears to have dented the Jewish vote during the 2020 election, especially in Florida, which he won by three points. Republicans campaigned against BLM actions and their calls to “de-fund police,” and many Democrats blamed that as one of the reasons for the unexpected losses in congressional elections.

The Black Lives Matter organization assured the enmity of Jews when it released a platform in 2016 declaring that “Israel is an apartheid state with over 50 laws on the books that sanction discrimination against the Palestinian people.” BLM made certain to add that America’s alliance with Israel makes us “complicit in the genocide taking place against the Palestinian people.”

Fast-forward to late May 2020, a week after George Floyd was killed by a police officer in Minneapolis. Amid protests over Floyd’s death nationwide, a gang of goons rampaged through a Jewish neighborhood in Los Angeles, known as the Fairfax section, where they vandalized stores, restaurants, synagogues and Jewish schools. For good measure, someone scrawled “Free Palestine” on the wall of at least one Jewish institution.

A few weeks ago, thugs assaulted Jewish diners in West Hollywood after demanding to know who is Jewish.

On June 3, Los Angeles police announced the arrest of Jon Knight Prince, 26, on suspicion of felony vandalism for alleged involvement in 13 incidents in which rocks, bricks and other hard objects were thrown at windows in west L.A., including the Young Israel of Century City synagogue, according to the Los Angeles Jewish Journal.

Jeffrey Abrams of the Anti-Defamation League described these episodes as “part of a surge of anti-Semitic attacks recorded across the country,” as quoted in the Jewish Journal.

Not only that, but speaker Lulu Hammad accused Israeli soldiers of sexually assaulting Palestinian women in 1947 and 1948, the Journal reports. “Just as they occupy the land, they think they can occupy our bodies,” she proclaimed.

Hammad does not charge Israeli troops with sexual assaults in 1967, 1973 and in other wars. Does this mean that they behaved themselves from then on?

It is not surprising that those who demonize the Jewish community would antagonize others – not even internally, but especially internally.

Black Lives Matter – the national organization, not the cause or the idea – cannot be taken seriously so long as it attacks other ethnic groups with sweeping, unfounded allegations, and ignores the concerns of its own members.

Nor can it justify looting, vandalism and blocking highways. Last year, a local weekly newspaper was packed with letters condemning the BLM protests in downtown Philadelphia. The newspaper serves the northeast section of the city, a large suburban-like region with a substantial White population.

The organization needs to be overhauled. Republicans have managed to exploit BLM’s weaknesses and have political support to block its efforts. The movement must win widespread respect if it expects to be effective. That will mean reordering its priorities and probably unloading its current leadership.

Those who try to rebuild the organization will merit the enthusiastic help of their fellow citizens. It would be a poignant moment for the Jewish community.