Home Op-Eds Can a disaster breed Jewish unity or widen the communal breach? 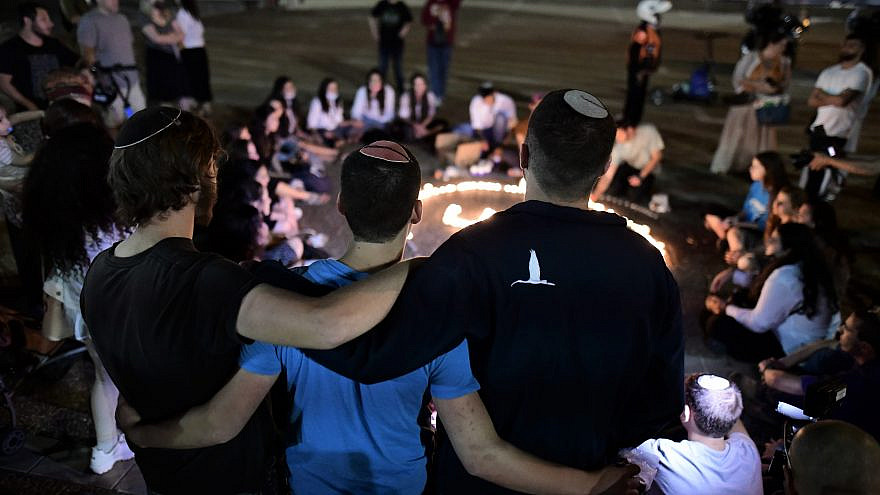 There is nothing positive to be gleaned from an event that led to the deaths of 45 Jews and injuring of 150 others. The wake of a fatal stampede in the early hours of Friday morning at Israel’s Mount Meron during the annual Lag B’Omer pilgrimage caused shock and mourning throughout the Jewish world. But perhaps it might also have put a more human face on a sector of the Jewish community—the ultra-Orthodox—that is often viewed by most other Jews with suspicion and hostility. And it might also be possible for many haredim to draw some conclusions of their own with respect to their unwillingness to subordinate their activities to state regulation and to think better of the secular Jews who did so much to save lives and who rally to their aid on-site, as well as comfort family members, elsewhere in Israel.

Or maybe it will just be another excuse for Israelis to engage in the usual bitter recriminations and political game-playing, as well as shaming the victims?

In the days since the tragedy, it’s possible to view both sets of conclusions as equally valid. The reaction throughout Israel demonstrated once again that such a small country views any loss of life, let alone a record number of deaths for such an occurrence, as affecting every Jew, religious or secular. The same goes for the response of other Jewish communities.

The catastrophe was one more reason for those on the outside of the extremely insular collection of sects and groups to stop thinking of them as a monolithic collection of inscrutable strangers. Much like the success of the Israel television show “Shtisel,” it performs the commonplace task of humanizing a sector of the Jewish community that is little understood by others. The Netflix streaming hit—basically, a good soap opera—is remarkable chiefly because it allows non-Orthodox Jews to think about haredim as ordinary people with similar flaws and strengths, albeit with beliefs and customs that make them seem more exotic, if not downright remote, to the rest of us.

Indeed, in Israel, as JNS has pointed out, part of the problem at Mount Meron was that the refusal of the ultra-Orthodox to let the government regulate their annual event—in much the same way that they demand autonomy about everything else—was clearly part of the prescription that inexorably led to tragedy. It’s equally true that no Israeli government, no matter who might be leading it, is likely to be willing to expend the political capital that would be required to force the haredim to bend to the will of the majority, if, indeed, it would be possible to do that under any circumstances.

Haredim, both in Israel and in the United States, exist separately from the rest of the Jewish world. The two sides stare at each other across a seemingly unbridgeable divide. For the non-Orthodox, the haredim with their costumes and traditions that exist to keep them distinct represent “the other.” And for the haredim, the rest of the Jews population is seen with equal distaste as representing everything they distrust and fear about the outside world.

Though lip service is paid to the notion of Jewish unity and the responsibility that Jews uphold to care for each other, the yawning gap between the haredim and everyone else gives the lie to such platitudes.

The quick transition from sorrow to politics with respect to Mount Meron reinforces the notion that this divide is unbridgeable.

That’s not just because left-wingers are looking to assign blame for the deaths to Israeli Prime Minister Benjamin Netanyahu and his close ally, Minister of Public Security Amir Ohana, as well as to the haredi political parties whose clout guarantees that the ultra-Orthodox are allowed to evade normal government regulation at the shrine and elsewhere.

Perhaps that was inevitable for an event that fell smack in the middle of a political crisis. But the demands for soul-searching on the part of anyone who can be connected to measures that allowed the stampede to happen are not merely a normal demand for accountability from those in power; they are inextricably tied to the religious tribal culture war for which both sides bear responsibility.

Make no mistake, there is blame to go around and at the center of it is an impulse on the part of the haredim to regard the government of the state of Israel as morally equivalent to hostile non-Jewish tyrants that oppressed Diaspora communities in the past. This separatism is reinforced by the hostility towards the haredim felt by other Jews who not unreasonably view them as shirking their duty to assist in the defense of the state, coupled with an unproductive drain on the economy because Torah study is prioritized over productive employment.

So for all of the gestures of solidarity and gratitude, the most likely outcome of the aftermath of this disaster is more division rather than less.

Yet those who believe that this stalemate is rooted in unchanging political and cultural realities should not give way entirely to despair. The short-term impact of the disaster may not be likely to serve as an impetus to further political reform or even better communal understanding; however, the widespread assumptions about the immutable nature of this divide are not entirely true.

It’s important to step back from immersion in news coverage and take a long view of the evolution of Israeli society, as well as interactions between haredim and non-Orthodox Jews elsewhere.

Though it is little noticed in a non-haredi world that has trouble viewing the ultra-Orthodox as anything but a monolith, that community has changed over the years, albeit incrementally. Though integration of the haredim is nowhere in sight and unlikely to ever happen, it would be a mistake to think that they haven’t grown closer to the state that some of them despise. The fact that the two ultra-Orthodox parties, which were once avowedly anti-Zionist though willing to deal with Israel’s government, no longer operate in that manner shows how incremental change happens. Equally at play is the fact that younger members of the haredi community are being trained in certain tech-related jobs that will slowly enable them to earn a better living and amalgamate them into areas of the workforce.

We often forget that Israel is only a 73-year-old experiment in reuniting disparate Jewish communities and has evolved in ways that were not imagined in 1948. But the notion that the tremendous growth of the haredi population, and their insularity and political power, is an existential threat to Israel should not be regarded as an inevitability. Such assumptions fail to take into account that this community also changes, even if it happens very slowly.

Worries about how to avoid repeating such a disaster as the Mount Meron stampede are not limited to secular Jews or those who would like to pin the blame on the government. Anyone who fathoms that there won’t be a reckoning of some sort within the haredi community is thinking of them in ways that reflect our prejudices more than anything else. As bad as this last week has been and as difficult as it may be to envision progress towards more unity, underestimating the ability of Jews to survive and surmount such problems has always been a losing bet that those who understand the arc of Jewish history are unlikely to make.