Home Op-Eds Can Israeli restraint keep the peace in Jerusalem? 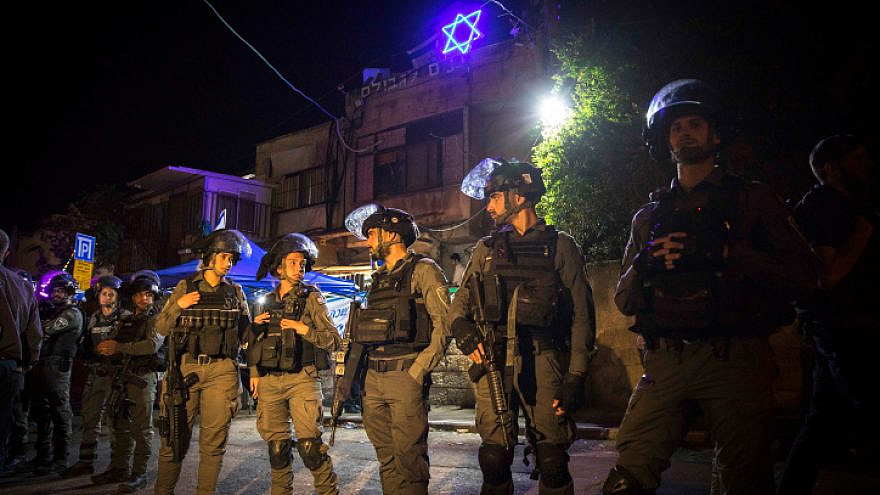 After several days of unrest, the government of Israel is once again presented with a dilemma to which there are no easy answers. Palestinians and their supporters are using a court case over property rights in the Jerusalem neighborhood of Sheikh Jarrah as one of the pretexts for a wave of often violent demonstrations. With the Jewish world about to celebrate Jerusalem Day—the 54th anniversary of the city’s unification during the Six-Day War—the choice that authorities are seemingly presented with is one between validating history and Jewish rights or keeping the peace in the country’s capital.

The crux of the problem is one that dates back to the day after the walls that separated the city into Jewish and Arab sections separated by a perilous no man’s land came down. Having united the city that is at the core of Jewish identity, Israel had to choose between actions that reinforced its historic and legal rights to reclaim Jewish property and holy sites, and those that would reassure its Arab inhabitants that they had a stake in accepting the new status quo, rather than fighting to overturn it.

The most famous of those decisions was then-Defense Minister Moshe Dayan’s snap decision to allow the Temple Mount—the holiest place in Judaism, as well as the site of important mosques—to remain in the hands of the Waqf, a Muslim religious authority. That led to the Mount being the one place in Jerusalem where freedom of worship for all—something that had never happened under any of the city’s previous rulers—was not guaranteed. Jews are allowed on the Mount only as a matter of sufferance and are forbidden to pray there.

Dayan believed that he acted in the country’s best interests. Instead, it set a precedent that bolstered Palestinian intransigence. Indeed, defending the pride of Islam against the indignity of allowing Jews to walk on the plateau where their biblical Temple existed with what the supposedly moderate Palestinian Authority leader Mahmoud Abbas referred to as their “filthy feet” is a staple of incitement against Jews that fuels violence.

The case entails the disposition of property in what had been a Jewish-owned enclave and the site of the tomb of Temple-era scholar Shimon HaTzadik (“Simon the Righteous”), immortalized by his contributions to Pirkei Avot (“Ethics of the Fathers”) from 2,000 years ago. Jews lived there until the 1948 War of Independence, when the Transjordanian Arab Legion invaded the country and took both Sheikh Jarrah and the Old City. The Jews who lived there were ethnically cleansed, and Arabs began squatting on the Jews’ property.

After the city was reunified in 1967, Israel passed a law that allowed Jews to recover property that had been lost to them in the war in 1948. As far as Sheikh Jarrah was concerned, that eventually led to a long, drawn-out legal case in which Jews sought to recover this property from Arabs who had been living on it for decades without legal title or paying rent.

The case is about to be heard by Israel’s Supreme Court, and both critics and friends of Israel are urging it to decide it in favor of the Arab squatters, regardless of the facts or the law. The reason for that is that the optics of Palestinians being evicted from what they consider to be their homes is bad for Israel’s image. And it gives fodder to critics like Rep. Alexandria Ocasio-Cortez (D-N.Y.) and Sen. Elizabeth Warren (D-Mass.) to denounce the Jewish state for “abhorrent” actions. It also inspired the Biden administration to revert to Obama-era moral equivalence in which “both sides” are urged to do their best to avoid violence, even though it’s only the Palestinians who are rioting at the site or sending rockets or incendiary balloons over the border from Gaza.

Others point out that while the Jews who own the four houses in question in Sheikh Jarrah have the law on their side, it would be better for Jewish security and the good of the state that they lose their case. They believe that throwing those squatters out will do more harm than good since enforcing the law will only provide an excuse for more violence.

They also point out that while Israeli law gives Jews a right to recover property lost in 1948, the

status of property lost by Arabs at that time is treated differently. Arab refugees fled the country in order to avoid the fighting or because they obeyed leaders who urged them to get out of the way of invaders so they could return and have their pick of other sites once the Jews had been driven into the sea. A far smaller group was actually thrown out by Israel because of the nature of the bitter fighting in some areas during the war. But an Israeli law canceled the property rights of those who left to go to an enemy country—something that applied to all of the Arab refugees. In the eyes of many, that difference makes any recovery of Jewish property rights to be unfair.

That call for equal treatment of such cases would be stronger if the 800,000 Jews from Arab and Muslim lands who were expelled from their homes in the wake of the birth of Israel were being offered compensation for their losses. It also must be seen in the context of the effort to enforce a “right of return” for the descendants of Palestinian refugees that is merely a tactic aimed at destroying the Jewish state.

Yet some argue, and not without reason, that just because Israel has the right to do something—like recovering Jewish property and reinforcing the Jewish identity of the city—doesn’t mean that it’s always wise to do it. They say stirring up resentment, both among Palestinians and foreign foes of Israel, would actually make the country less secure.

But the contrary argument is equally powerful. A decision to renounce Jewish rights anywhere in the country gives an undeserved victory to Palestinians who have never recognized Israel’s legitimacy, no matter where its borders might be drawn or how much of its capital it’s allowed to retain. Doing that in Jerusalem likely encourages Palestinians to hold onto their goal of not so much redividing the city as driving the Jews from holy places, which both Fatah and Hamas propaganda, as well as their school curricula, still demands.

Should the Israeli Supreme Court rule in favor of the squatters, Israel may buy some quiet; however, as with the case of Dayan and the Temple Mount, it will be at the cost of long-term damage to its interests and its rights.

There are strong arguments to be made against Jews acting in such a matter as to deliberately provoke Arab resentment. A policy that, whatever its drawbacks, helps keep the city quiet may well achieve the best results for everyone who lives there. Those who comment about these issues from abroad—no matter which side they are on—need to defer to the desires of the people who are on the spot.

Nevertheless, those who treat the two sides in this dispute as morally equivalent—like the Biden administration and Democratic members of Congress who have spoken out about this case—have no credibility. They seem to think that it is always the Jews who must renounce their rights or make concessions, while it is only Palestinians who have continually thrown away chances for peace, and still embrace terror and delegitimization of Israel, who must be appeased at all costs.

If Israel renounces its rights in Jerusalem, as Dayan did in 1967, not only won’t this win it any friends but may well do more to ensure the continuance of the conflict rather than its resolution.