Home Op-Eds Can liberalism be saved from cancel culture? 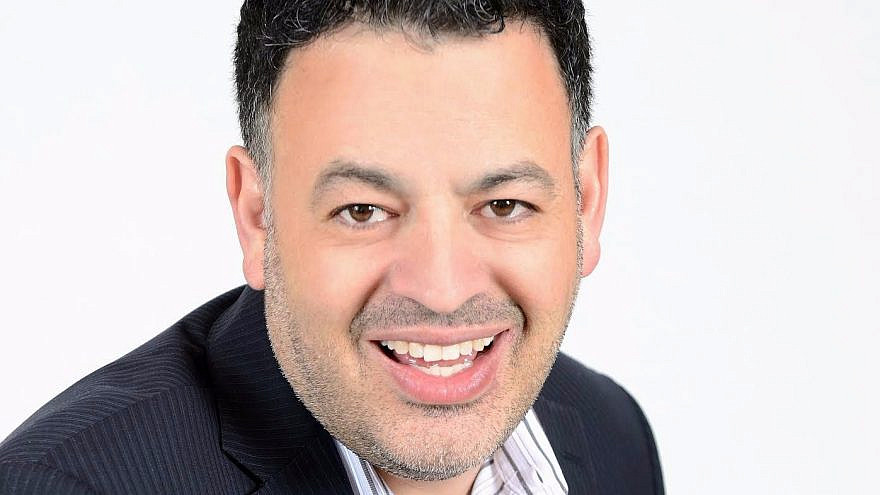 David Bernstein is a self-described “man of the left.” He’s spent his adult life working in the institutions that embody the ethos of modern Jewish liberalism. That culminated in a five-year term as president and CEO of the Jewish Council for Public Affairs, the umbrella group of Jewish community relations councils across the country. As such, no one was in a better position to be a spokesman for the politically liberal policies and credo of the organized Jewish world.

So when Bernstein, who recently left JCPA to start a consultancy and work with the British group Counterweight, says that American Jewish liberalism is being threatened by the growing power of woke cancel culture, he should be taken seriously.

According to Bernstein, in the last year since the death of George Floyd set off a summer of Black Lives Matter demonstrations, an already growing willingness among liberal Jews and their institutions to embrace critical race theory has gotten out of control. Instead of treating ideas about white supremacy and white privilege as dubious if debatable concepts, especially as they relate to Jews, they are being treated by many people on the left as an orthodoxy that must be accepted without debate, and those who disagree shamed and silenced. This is not just stifling discussions about race as the dead hand of cancel culture has taken control of the discussion in many Jewish forums. He thinks it’s also having a disturbing impact on the way anti-Semitism is being discussed, as well as undermining the basic ideas about civil liberties that are the foundation of a thriving American Jewish community.

If this trend isn’t halted, he says, “One day we’re going to wake up and realize that many of our most cherished ideas have been swept away.” Critical race theory, a concept that sees everything through the prism of racial identity, is itself “fundamentally illiberal.” That means the triumph of woke sensibilities is leading to a situation where “unless liberals are willing to speak out, our core institutions will be corrupted by ideologies that are at odds with liberalism.”

At the heart of it is the idea of “systemic racism.”

While Bernstein believes that racism does exist and must be addressed, it is a very different thing to say that America is a systemically racist nation. That is where he draws the line, and that puts him on the other side from many in the organized Jewish world who appeared to have embraced the idea—epitomized by The New York Times’ fallacious take on American history, “The 1619 Project”—that America is an inherently racist country.

“Embracing the term of ‘white supremacy’ to describe a country that is the most successful example of pluralism in human history is wrong,” says Bernstein. And in doing so, those who are ready to brand anyone who dissents as racist are “short-circuiting the conversation” that is essential to both democracy and a healthy environment in which Jewish communities can thrive. But saying that in public without fear of reprisal is becoming more difficult, especially within the Jewish organizational world.

Integral to this problem is the cult-like devotion to books about “anti-racism” such as Robin D’Angelo’s White Fragility, which not only badly distorts the discussion about race but is regarded by its adherents as something that cannot be questioned. Bernstein thinks the fact that many Jewish organizations are not only assigning such a book as part of anti-racism training, but treating it as if it were the Bible, has created a situation where dissent or even discussion becomes impossible. Under those circumstances, anyone who has the gall to speak up or raise questions about the validity of such exercises becomes the focus of opprobrium that smacks of the struggle sessions of China’s totalitarian cultural revolution. That’s the symptom of an idea that has crossed over from discourse to a religious movement that treats discussion as heresy.

Among the dangers this raises for Jews is the way it twists how some on the left talk about anti-Semitism.

Woke ideology treats Jews as part of white supremacy. In that context, the talk about “Jewish privilege” can act as what Bernstein calls “a permission structure for anti-Semitism” since Jews are then seen as oppressors who must be humbled and their achievements dismissed, as opposed to lauded and defended. Such claims of privilege—when expressed as part of either intersectional myths about the Palestinian war on Israel as being akin to the struggle for civil rights in the United States or as a way to silence the advocacy for Jewish rights—is “not all that different from anti-Semitic tropes.”

In that same way, wokeness has acted as a brake on the obligation of Jewish groups to speak up as loudly against left-wing anti-Semitism as they do when it comes from the right. Hence, the reluctance of many in the organized world to denounce BDS supporters who traffic in anti-Semitic tropes like Rep. Ilhan Omar (D-Minn.) because as a Somali African immigrant, her place on the victimhood hierarchy silences criticism from the left.

Part of it is a generational shift. Many young Jews have been educated in an academic environment in which free discourse is regarded as not being as important as the ideological diktats as critical race theorists. Dripping with guilt about their “privilege,” they have become cancel-culture shock troops in a war on the civil libertarian principles that once were the foundation of the Jewish communal agenda.

It’s also a function of the hyperpartisan tenor of the times. The majority of Jews who are ardent Democrats naturally identify not just with the cause of social justice, but often with the notion that America is racist simply because conservatives and pro-Trump Republicans disagree. Many have been persuaded that their political opponents are not just wrong but racists who lack legitimacy or good motives. The same factors that have created an unbridgeable gap between the parties are operating in the same way to silence other discussions.

So where does that leave someone like Bernstein, who describes himself as a “liberal humanist” who cares about “social justice,” but who also believes the “free exchange of ideas is the foundation of a liberal society?”

Right now, it means he’s completely out of step with much of the organized Jewish world. Jewish institutions have become caught up in the moral panic set off by the talk of “white privilege” and, despite the misgivings of some veteran liberal thinkers, being hijacked by the woke left.

That has left him determined to fight back against this illiberal fever dream that’s overwhelming Jewish institutions and to offer those within these structures advice. He wants to help them to advocate for “viewpoint diversity,” as well as including those of different races and backgrounds. Acting with the Counterweight group, he wants to aid those who will enable Jewish groups to resist the influence of toxic ideologies and practices that snuff out debate. He also seeks to help those who have fallen afoul of cancel culture.

As he is at pains to point out, that doesn’t mean he’s joined the political right. It does mean that if liberalism is to be redeemed from wokeness, then he and other principled liberals must defend ideas about individualism and free debate not from conservatives but from former allies on the left.

Given the growing strength of the left and the intolerant spirit of the times it has bolstered, this will be an uphill struggle. But it is one that both liberals and conservatives should support.