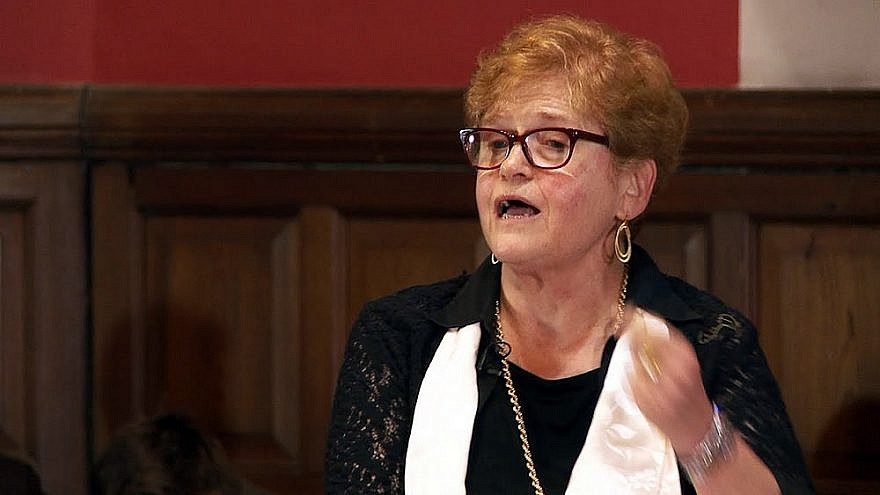 U.S. President Joe Biden’s choice of Emory Professor Deborah Lipstadt as America’s Special Envoy to Monitor and Combat Antisemitism has not been greeted with the unqualified approval that might have been expected for such an appointment.

Lipstadt has a stellar academic record as a justly admired scholar of the Holocaust and antisemitism. In 2000, she won a celebrated victory against the Holocaust denier David Irving, who had sued her for libel in a British court.

Yet last September, she defended someone for comparing former President Donald Trump to the Nazi propagandist Joseph Goebbels.

Her reasoning was specious. She tweeted that if Trump had been compared to “what Hitler, Himmler, Heydrich or Eichmann did, she/he would have been wrong. But a comparison to the master of the big lie, Josef Goebbels? That’s historically apt. It’s all about historical nuance.”

For it wasn’t simply that Goebbels was a lying propagandist. It was that he was a Nazi committed to the extermination of the Jews. To compare Trump to such an individual was ridiculous and shameful, and should have been robustly condemned.

And just who was the individual that Lipstadt defended for making this comparison? Why, none other than one Joe Biden, who was then running for the U.S. presidency.

So a president who has himself downgraded and trivialized the Nazi regime in order to make a partisan political smear appoints as his anti-Semitism envoy the person who defended him in making this repugnant comment.

Moreover, Lipstadt has made other dubious observations. In 2019, she linked Trump to Britain’s hard-left Labour Party leader Jeremy Corbyn—who presided over an explosion of Jew-hatred in his party—when she told an Australian audience that both Trump and Corbyn “have shown themselves to be absolute anti-Semitic enablers.” This was true of Corbyn but untrue about Trump.

Such jarring double standards and partisan judgments have provoked concern that despite her acknowledgement that “some people on the progressive left” indulge “the anti-Semitism of others,” Lipstadt is afflicted by the myopia through which anti-Semitism is viewed as overwhelmingly associated with Nazi supporters and white supremacists.

For while the problem of the far-right has increased over the last few years, it remains a tiny fringe of marginalized groups. The principal threat to the Jewish world today comes from people in the Islamic world and their enablers on the left, including Black Lives Matter, university academics and Israel-bashing NGOs, who are at the very center of Western intellectual, cultural and political life.

So it’s essential that any envoy against anti-Semitism should approach this issue in a non-partisan way.

But there’s an even more immediate reason for disquiet about Biden making such an appointment at such a time. That is the egregious anti-Semitism among certain Democrat law-makers, which both the president and his party are studiously ignoring.

Speaking to the Democratic Socialists of America national convention on Monday, Rep. Rashida Tlaib (D-Mich.) seamlessly libeled both Israel and the Jewish people by claiming that “behind the curtain,” those who prevent a “free Palestine” are the “same people” who exploit “regular Americans.”

Connecting her Palestinian family background with her home city of Detroit, she said: “I always tell people cutting people off from water is violence, and they do it from Gaza to Detroit. … I know you all understand the structure we’ve been living under right now is designed by those that exploit the rest of us, for their own profit …

“I don’t care if it’s the issue around global human rights and our fight to free Palestine, or to pushing back against those that don’t believe in the minimum wage or those that believe that people have a right to health care, and so much more.

“And I tell people: those same people, if you open the curtain and look behind the curtain, it’s the same people that make money, and yes they do—off of racism, off of these broken policies, there is someone there making money. And you saw it, it was so exposed during the pandemic, because all those structures, everything that was set up, they made record profit, when we were all having some of the most challenging, most difficult times in our lifetime.”

So Tlaib was not only falsely accusing the Israelis of cutting off the Palestinians from their water supply, but she was also accusing Jews of being a hidden conspiracy profiting from racism, the pandemic and other “broken policies.”

This was outright, anti-Semitic paranoia about malign Jewish power. And it’s part of a troubling pattern among Democrats.

Nina Turner, who in the Democrat primary race to represent Ohio’s 11th Congressional District was defeated this week by pro-Israel Shontel Brown, said she lost because “evil money manipulated and maligned this election.” As outraged Jewish groups noted, this appeared to be a reference to Democratic Majority for Israel, which supports pro-Israel Democrats like Brown.

In 2019, Ilan Omar (D-Minn.) claimed that “Israel has hypnotized the world” and that congressional support for Israel was “all about the Benjamins, baby.” Recently, after denouncing Israeli self-defense against Hamas rocket attacks and slandering Israel as an “apartheid state,” she compared Israel and the United States to Palestinian terrorists and the Taliban—and then denounced the 12 Jewish Democrats who took a stand against her as people who were not “seeking justice around the world.”

Yet the Democrat leadership has constantly failed to call to account these and other Democrat foes of the Jewish world. So it is an act of extraordinary hypocrisy and cynicism for Biden to appoint an envoy against anti-Semitism while ignoring the Jew-baiting in his own party.

The fact is that the left consistently refuses to acknowledge the Jew-hatred in its own ranks. Exactly the same denial occurred in Britain’s Labour Party under Corbyn and continues within the wider British left today.

This is partly because so much of this Jew-baiting is wrapped up with the demonization of Israel, an animus that many on the left fail to understand possesses the unique characteristics of anti-Semitism throughout the ages.

On a deeper level, it’s because the left find it impossible to accept that their side is capable of bigotry; and that’s because their precarious moral and political identity rests upon the fantasy that their attitudes and goals are the quintessence of virtue.

Liberal Jews subscribe to the same paralyzing fantasies and delusions; and whether out of ignorance or cowardice, many others seem unable or unwilling to scratch beneath surface pieties.

So Lipstadt’s appointment has been lauded by a wide range of Jewish organizations. Once again, it’s only the Zionist Organization of America that has called out a reality that most American Jews find too difficult to acknowledge.

As with the rest of the viciously oppressive “intersectionality” agenda, the reason the new anti-Semitism has achieved such traction in America and the West is that so many in positions of cultural power and influence have stayed silent or cravenly genuflected to these unspeakable positions.

As Biden’s anti-Semitism envoy, Lipstadt’s first duty is to call out the anti-Semites in Biden’s own party. We’ll soon see whether the concerns about her appointment are borne out or whether she rises to this particularly loaded challenge.