Home Op-Eds Focus on the King 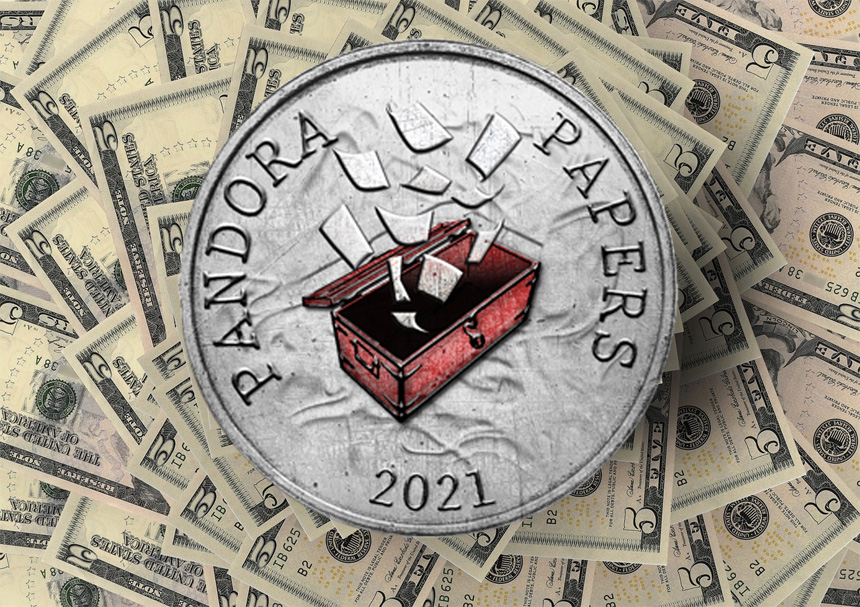 The “Pandora Papers” is a trove of “private” financial information on 14 current heads of state, including those of the Czech Republic, Kenya, Ecuador, Azerbaijan, Russia and Jordan. According to The Washington Post, “The files detail more than 29,000 offshore accounts. … Among the account owners are more than 130 people listed as billionaires by Forbes magazine, and more than 330 public officials in more than 90 countries and territories … .”

In general, shining light on international finance is a good thing. But one of the oddities of the press coverage on this is that it is focused largely on King Abdullah II of Jordan. While it’s always useful for journalists to find a single spot in a large mass of information to keep readers focused, why Abdullah? Why not Vladimir Putin, for example?

Jordan is in a tight spot. It always is in a tight spot—it was born in a tight spot—and pundits love to remind us that the king is lucky to hold onto his throne, between Transjordanians (East Bank Jordanian Arabs), Palestinian citizens inside the country and non-citizen Palestinians in the West Bank and Gaza, and Israel. But Jordan’s troubles have increased exponentially since the Biden administration took office. A Sunni country, Jordan is inside the arc of the “Shi’ite Crescent” (Iraq, Syria and Lebanon), all occupied and managed by Iran and its proxies. There is also the Iranian proxy Houthi force at the Bab el Mandeb Straits at the bottom of the Red Sea, Jordan’s only direct outlet anywhere.

The Biden administration’s bid to engage Iran has had two immediate, negative outcomes for Jordan: more money for Iran to spend on its proxies and the withdrawal of American air-defense systems from the Kingdom.

In June, Abdullah met with Iraq’s prime minister and Egypt’s president in Baghdad, and the three announced an agreement to transport Iraqi oil through pipelines from Iraq to Jordan to Egypt, where it will be exported to Europe via the Mediterranean. Iraqi oil, of course, is a source of Iran’s income—southern Iraq being controlled by Shi’ite militias under Iranian sponsorship.

The same month, the king visited a Shi’ite shrine in southern Jordan, ending about a century of Ottoman and then Jordanian refusal to allow such pilgrims into the site, fearing that a Shi’ite movement could create a breakaways province. But after the king’s visit, Shi’ite pilgrims were given permission to travel to Jordan. How many will be Iranian? How many will actually be pilgrims?

Last week, it was Jordanian participation in a four-country deal to provide natural gas for Iran’s puppet Lebanon—running through Iran’s puppet Syria, which will have the ability to siphon off gas for its own use—Syria being under international sanction for using chemical weapons against its own civilian population. This week, Abdullah took a call from the international pariah, Syrian President Bashar Assad himself.

All of this sounds like a monarch that fears the future. It was his father who wrote the book Uneasy Lies the Head, a short form of Shakespeare’s “Henry the Fourth, Part II”: “Uneasy lies the head that wears the crown.”

But the king shored up the other end of his relationship package in early September by meeting in secret with Israel’s President Isaac Herzog. Israel, too, has concerns about the freer hand Iran has achieved in the region under the Biden administration. And Israel is aware of changes in the U.S. Congress that may impact Israel’s security in the future—the kerfuffle over emergency funds for Iron Dome, a strictly defensive system, was quickly obviated, but there is a clear determination among a portion of American Democrats to deny Israel capabilities. This would benefit no country as much as it would Iran.

Herzog stressed the community of interest of the Abraham Accords countries: Israel and the United Arab Emirates, Bahrain, Morocco and Sudan. “These accords created an important regional infrastructure. They are … transforming our region and the dialogue within it,” he said, in a clear bid to bring the king closer. Israel and Egypt have already strengthened security cooperation in Sinai, helping to collapse ISIS there. A senior ISIS commander surrendered to Egyptian forces in September.

Jordan is in a tight spot. And so is Israel. And so are the Abraham Accords countries and Egypt. And so is anyone who believed the United States would protect its citizens, green-card holders and SIV holders in Afghanistan. How they cooperate will go a long way towards determining the ultimate disposition of the region.

“Circling back,” as a certain press secretary likes to say, to the Pandora Papers, a Washington Post reporter says there were “14 financial services companies around the world” in the operation. It was, then, huge. So big that it’s hard to imagine that the U.S. Treasury Department—with one of the most sophisticated money-tracking and money-laundering operations—wasn’t involved. Making one wonder how much political pressure the financial disclosures will put on presumed American allies.