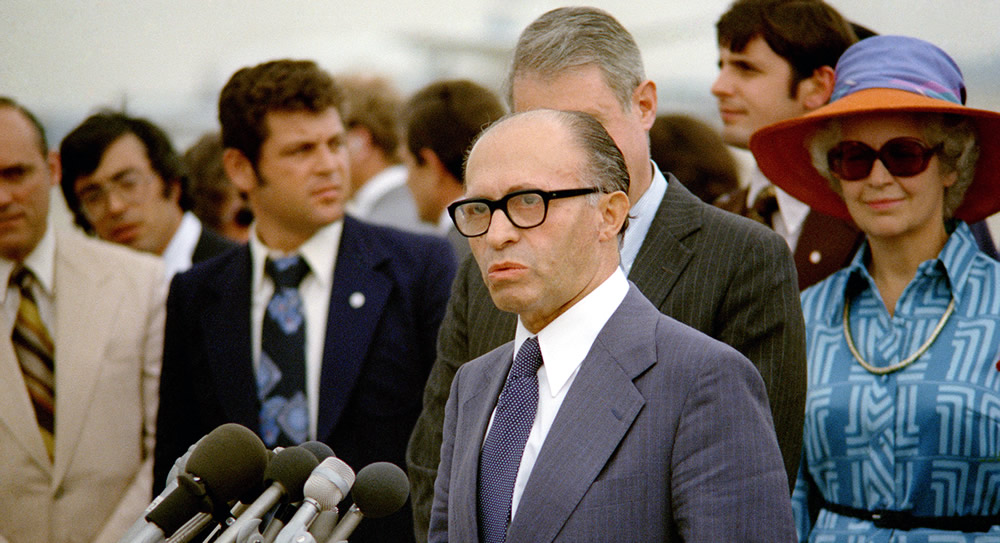 Thirty years ago, we—a Jewish Democratic alderman and a Baptist pastor in New Haven, Connecticut—became friends. What brought us together?

First, we recognized that we shared common beliefs and values. Second, we both felt that in collaborating, we could send a positive message to our communities. Finally, we enjoyed each other’s company, which included sushi lunches during which we discussed family, religion and politics.

Three decades later, we are proud to say that we are still friends. Today, we have joined forces to make a documentary about a great late Israeli leader: former Prime Minister Menachem Begin. We have also come together to warn against the peril of rising anti-Semitism and racism.

Our documentary, “UPHEAVAL: The Journey of Menachem Begin,” will show that in his first week of office, Begin issued two essential humanitarian directives. The first was to give the Mossad approval to begin rescuing and bringing Ethiopian Jews to Israel.

The second was to direct the Israeli Navy to rescue the Vietnamese “boat people,” whose plight was ignored by Europe and many countries around the world. Begin knew that Jews were left behind by most nations during the Holocaust, and he was not going to stand by as others faced a similar fate. And he not only ordered the rescue of the boat people, but granted them Israeli citizenship, as well.

Like Dr. King, Begin sought to treat people with respect and to recognize their inalienable right to live in dignity.

The legacies of Begin and Dr. King are ever more important today as American Jews face emboldened forms of anti-Semitism. Anti-Semitic statements by sitting Democratic congresswomen and some inciteful comments by the past president reveal that Jew-hatred has once again become acceptable in certain parts of American culture.

The media and major political parties have for too long turned a blind eye to casual anti-Semitism. In addition, the spate of anti-Semitic murders in Poway, Pittsburgh, Jersey City and Monsey show that Jews are unsafe even in their own homes, houses of worship and kosher establishments. One Jew recently stated, “We feel like sitting ducks.”

The evil legacy of the looting of European Jewish property by the Nazis continues, with the complicity of European countries and institutions. While some progress has been made, there are still too many instances of even American institutions turning a blind eye or making arbitrary excuses to prevent relatives of the deceased from recovering valuable property that was stolen from them in the Holocaust. The most recent example is the display in New York City’s Metropolitan Museum of Art of a famous painting named “Tarquin and Lucretia,” a piece wrongfully appropriated during the Nazi era that was, in fact, owned by Jewish art dealer Siegfried Aram.

In addition, anti-Semitic harassment on college campuses is at an all-time high, with pro-Israel and Jewish programs consistently disrupted, while faculty and administrators look the other way.

Virulent racist and anti-Semitic postings on social media have not diminished, and the arbitrary review process by site owners is deplorable.

On Facebook and Twitter, for example, professors and students at leading American universities incite hatred towards Israel and the Jews. Notably, a professor at the University of California, Merced recently posted a meme describing the “Zionist brain” with a “world domination lobe.”

The aforementioned instances of anti-Semitism are sadly accompanied by a widespread increase in racism in the United States and beyond. The hateful imagery and rhetoric on display during the Capitol riot on Jan. 6 should alarm all good citizens. In particular, the individual proudly wearing a “Camp Auschwitz” T-shirt, and others donning the Confederate flag and other “white power” symbols, indicate the clear and present danger of white supremacist ideologies.

Begin and Dr. King would condemn these acts on the basis of their mutual recognition of the dignity of man and woman, and the sanctity of democratic institutions. 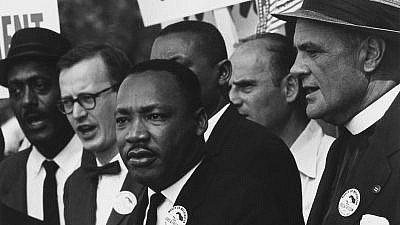 Dr. King was quoted many times asserting that Israel has a right to live in peace and security, and affirming the moral necessity of the Jewish state. He recognized and expressed gratitude to the many Jews who marched alongside him, took the “Freedom Rides” and funded his efforts. Last but not least, he underscored that the Jews were enslaved in Egypt and were set free by the hand of God.

Today, as the black community continues to face racism, it is crucial that American Jews stand alongside them in their struggle. The shameful murder of George Floyd and the killings of countless other innocent people remind us that there is significant work to be done in America.

One of Dr. King’s close friends was the great Rabbi Abraham Joshua Heschel, who encouraged Jewish Americans to stand up for the rights of their black brothers and sisters. Dr. King and his family were due to attend a Passover Seder at his house in April 1968, but the late civil-rights leader was senselessly and tragically murdered a few weeks prior.

Menachem Begin and Dr. Martin Luther King Jr. were both moral leaders. They suffered the assaults of detractors who painted false narratives about who they were and what they stood for. Yet they were persistent, eloquent and fought for the dignity and freedom of all people. Now more than ever, the United States needs strong leaders and cross-communal friendships to stand up to the rising tide of hatred that it faces.

Rob Schwartz, a former New Haven, Connecticut alderman, the founder of the Hidden Light Institute and recipient in 1993 of the Dr. Martin Luther King Jr. Service Award, is the executive producer of the film “UPHEAVAL.”

Reverend Dr. Boise Kimber is a member of the board of the Hidden Light Institute First Calvary Baptist Church in New Haven, Connecticut, and president of the Connecticut State Missionary Baptist Convention.