Home Op-Eds How Trump Helped Us To Deal With Covid 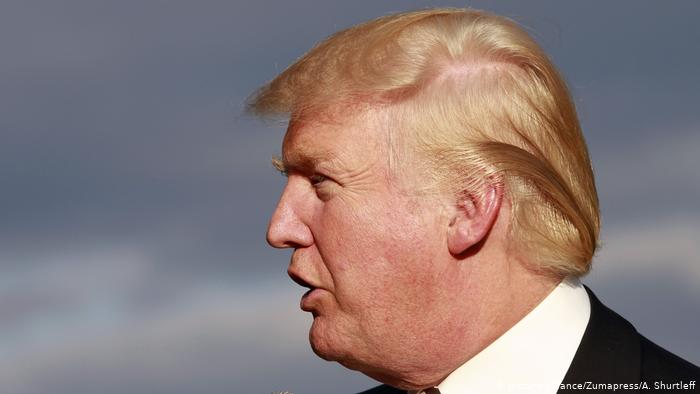 Obviously, there is a large number of people in the United States who have been swept up by the persona and ideas of Donald Trump.  I have devoted quite a bit of space to these people in this column.  What I haven’t spent a lot of time discussing is the effect that Trump has had on those Americans who don’t like him.  The people who are going to celebrate like crazy now that Joe Biden has been sworn in as president of the United States.  Consciously or unconsciously, these people have also been strongly influenced by Trump.

And particularly this has been true during the period that Covid descended on the world.  Covid has made us all feel relatively powerless to determine the direction of our lives.  Instead, Covid has controlled our lives: our ability to work, our ability to socialize, our ability to worship a deity, our ability to travel, and our ability to have fun.  Most of us have followed the advisories: wear masks, socially distance from others, wash our hands often, and most important, stay home.  All these pieces of advice have basically said that if we want to avoid getting sick with Covid, we have to live primarily in mediated experience.  Which means we have to keep ourselves isolated from other people and, as a consequence, much that is enjoyable and stimulating in the external world.  We have to keep ourselves basically in an experiential vacuum.

Except that there was already one thing in the field of experience of most Americans that seemed to be pulling them out of whatever state of numbness that could be blamed on Covid.  And that was Donald Trump.  There has already been a discussion many times in this column of how Trump’s unpredictable behavior and extreme white nationalist and racist polices have served to pull people who are chronically numb as a result of their immersion in consumer technology, to pull people like this into a more abrasive immediate external world life-style.  They have been stimulated to life by Trump’s constant behavioral shifts, which has given them kicks, and by attitudes of Trump that have activated within them powerful responses of hatred towards people who are selected as scapegoats for all of their frustrations from feeling so numb.  These influences on Trump’s followers were present even before the introduction of Covid into their lives, although there is no doubt that Covid has exacerbated the effects of these influences on Trump’s people.

But Trump has also had a profound influence on those of us Americans who do not count ourselves among those people who are his followers.  Whereas Trump has elicited feelings almost like rapture or euphoria among the followers, among the skeptics he has elicited strong feelings of disgust and anger.  And alongside the disgust and anger, there has existed a strong sense of powerlessness with regard to any legal means to block that which Trump has been doing.  For such people, Trump has been an ongoing source of negative abrasive friction.  And under normal circumstances, that would be enough to push people to try and neutralize the negative emotions they have been experiencing as a result of Trump, to try and relieve themselves somehow from the overstimulating effects of the tension-pocket situations in which Trump’s actions and speeches are constantly putting them in.  So that they would try as much as possible to return to a more normal life narrative grounded in more healthy life situations.

But something different has resulted during the age of Covid.  Nobody can be thought of as living a relatively normal life right now.  All of us, except the most obtuse, have taken to isolating ourselves in our homes in order to protect ourselves from this horrible virus.  In other words, we are voluntarily putting ourselves in an extreme experiential vacuum, and as a result experiencing more numbness than that which we would normally encounter as a result of immersion in modern consumer technology.  So a lot of us non-Trump supporters have been using him as a vehicle to pull ourselves out of the Covid-induced experiential vacuum in which we are forced to live now.  Rather than try to shunt it aside, we have been immersing ourselves in the disgust and anger we feel towards Trump and have been using it as a vehicle to help define us and to help to raise us out of the extreme experiential vacuum in which we have placed ourselves to defend ourselves against Covid.

I am not trying to imply that people have been expressing their righteous indignation towards Trump simply as a means to fight off Covid-induced numbness.  But I am saying that Covid has given them an added push to condemn Trump’s actions and speeches in order to feel more alive.  In other words, in a strange paradoxical way, Trump has had a beneficial effect on the non-Trumpers’ lives.  And what will they do now that Trump has been cut off from the opportunity to make his outrageous statements on social media?  What will they do now that a pretty normal sane person has replaced him as president of the United States?  Unfortunately or fortunately, depending on how you look at it, there will be plenty left to generate anger and disgust with the continuation of many of Trump’s followers in a position to carry on their awful tactics both within and outside of government.  Unfortunately, the Trump influence will continue to be a vehicle to pull us out of the Covid-induced extreme experiential vacuum.

Will the State Department’s new anti-Semitism monitor give a pass to anti-Semites?

A tribute to the bereaved parents of unsung fallen Israelis