Home Op-Eds How will we remember Ida Nudel? 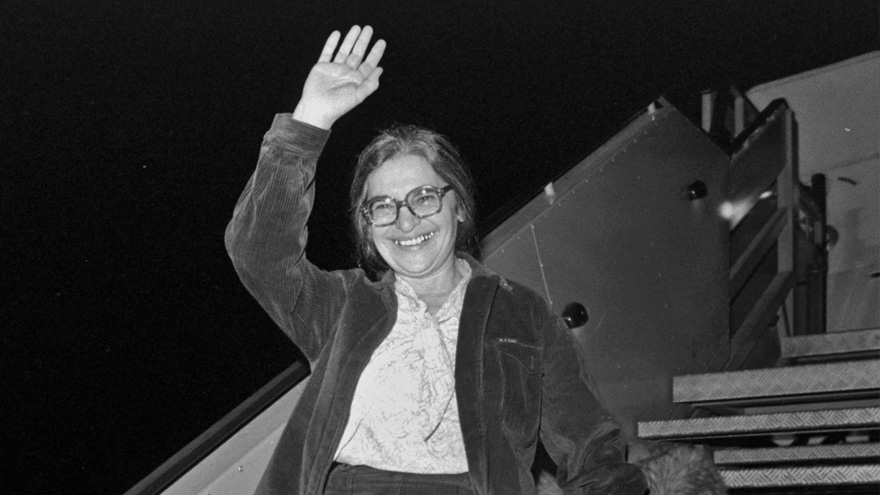 The heroes of our generation are slipping away. And unless you were among the fortunate few to have gone to meet them in the former Soviet Union during the decades from 1970s to the 1990s, you probably don’t know about those Jewish heroes and heroines whose actions defined moral courage and stamina in the face of relentless government persecution.

But for those Americans who did travel to the USSR, meeting with Jewish refuseniks denied the right to emigrate had a profound impact on them. Just ask anyone who ever met Ida Nudel.

With her death in Jerusalem just before Yom Kippur at the age of 90, another mega-symbol of the Soviet Jewish emigration movement has left us.

Instead of allowing Ida’s life to lapse into forgetfulness, we must learn from her because what she did in Moscow serves as a model for generations.

What she did during her struggle for a visa to emigrate makes her a symbol of resistance for the ages.

While fighting for her own visa, she championed the desperate situation of refuseniks who had been arrested, and sentenced to prison and forced labor camps for their emigration activity.

For the prisoners of Zion, she was their “Guardian Angel,” their “Mama.”

Her efforts for them were often at personal risk. She went on a hunger strike to protest an arrest. She collected goods for parcels she sent to prisoners filled with goods we sent with Western tourists. The packages she sent passed inspection of prison guards and included items like children’s gummy vitamins (which appeared to be candy), white chocolate, warm underwear and the 3-D postcards the guards favored. She wrote to them and their families, advocated on their behalf to Soviet officials and American congressmen who came to Moscow to meet with refuseniks and dissidents. Never did she let those prisoners of Zion feel they were alone.

Finally, eight long years after she first applied to emigrate, in 1978, still denied the right to leave she hung a sign in her apartment reading “KGB, give me my visa to Israel.” She was dragged away and, like some of the Jewish prisoners she was defending, sentenced to four years of exile in the brutal reaches of Siberia. The only woman in the barracks, she was condemned to reside with the crudest, roughest of Russian low-life convicts, sleeping with a knife under her pillow.

Never did we at the Union of Councils for Soviet Jews let Ida Nudel think she was alone.

We enlisted women’s groups and congressional wives in her struggle. We took her cause to the White House, U.S. State Department and Congress. We designated International Woman’s Day as Ida Nudel Day and sent her flowers by way of protest to the Soviet embassy. When a refusenik who visited her in Siberia brought back the report that she was suffering in the Siberian winter, I sent a tourist to Moscow with my new sheepskin coat in his suitcase. It went from Chicago to Moscow, and from Moscow, it traveled thousands of kilometers to Ida in the frozen steppes of Siberia.

After 16 years of struggle, Ida Nudel was finally given permission to leave in 1987. She was one of the celebrity refuseniks that Mikhail Gorbachev gave as a gesture before his upcoming summit with Ronald Reagan. Undersecretary of State for Human Rights and Humanitarian Affairs, Ambassador Richard Schifter’s eyes filled with tears when she called from Jerusalem to tell him, “I’m home.”

A refusenik pariah under relentless KGB surveillance and intimidation, this tiny woman exerted her moral freedom by taking responsibility for doing good in a country governed by evil. In doing so, she earned the love and respect of the Soviet Jewish Prisoners of Zion, as well as high-powered names such as U.S. Secretary of State George Shultz, actress Jane Fonda, billionaire Armand Hammer, and, of course, those of us in the West and Israel who met her and worked on her behalf.

May the courageous moral freedom to exert responsibility even when surrounded by evil be the legacy that Ida Nudel bequeaths to all of us and our children.

Pamela Braun Cohen was the national president of the Union of Councils for Soviet Jews (UCSJ). She is the author of “Hidden Heroes: One Woman’s Story of Resistance and Rescue in the Soviet Union.”