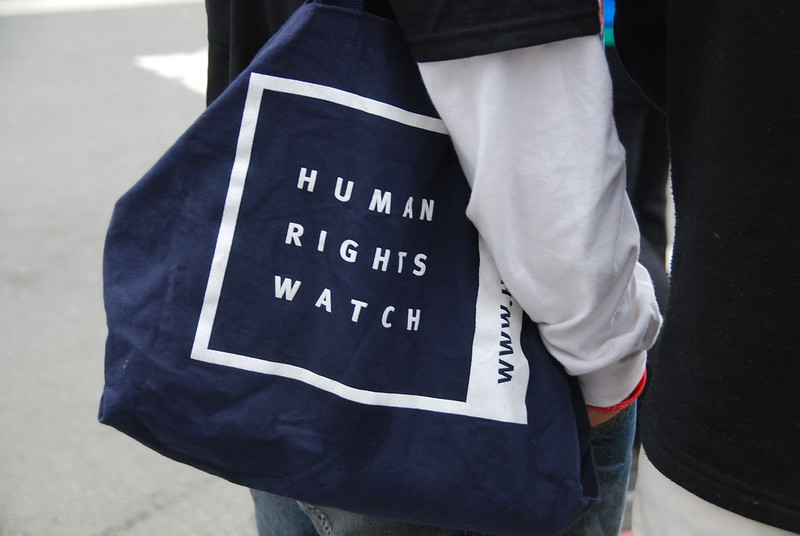 Anti-Semitism may be the world’s oldest hatred, but it’s still a long way from death’s door. What I find particularly distressing, if not surprising, is to see self-proclaimed human rights activists demonizing the world’s most frequently threatened Jewish community.

I’m speaking, of course, about Human Rights Watch, a non-governmental, but not non-ideological, organization that has just published a 213-page report, “A Threshold Crossed,” declaring its “finding” that Israel is committing “crimes of apartheid,” which it calls “crimes against humanity” that “should trigger action.”

In other words, HRW has arrogated to itself the authority to act as prosecutor, judge and jury. They will leave to others the task of acting as executioners.

That’s not hyperbolic. Apartheid regimes are illegitimate. Illegitimate regimes should be abolished. HRW is therefore providing justification for those whose goal is the abolition of the world’s only Jewish-majority state, the refuge for Jews persecuted in or expelled from Europe, the Middle East and elsewhere.

For one, Israel is already a majority-rule nation. The 20 percent of Israeli citizens who identify as Palestinians or Israeli Arabs vote, run for office, hold seats in the Israeli parliament, serve as judges, including on Israel’s Supreme Court, work as doctors in (not segregated) hospitals, attend (not segregated) universities, eat-in (not segregated) restaurants and relax on (not segregated) beaches. The same is true for Israeli Druze, Christians, Bedouins, Circassians and other minorities about which HRW appears ignorant.

To call that apartheid requires twisting the meaning of the word beyond recognition—which HRW does. And it cannot have escaped HRW’s notice that in no other countries of the broader Middle East do ethnic and religious minorities enjoy similar rights and freedoms. Which means that the activists at HRW have chosen to apply a separate and unequal standard to Israel. That alone constitutes anti-Semitism.

Defenders of HRW might say, “Okay, but the Palestinians of Gaza and the West Bank are living under apartheid!”

False. Those are territories from which a war was launched against Israel in 1967. Israel survived and, in 2005, withdrew entirely from Gaza. Since 2007, Gaza’s Palestinians have been ruled by Hamas which rejects even the possibility of peaceful co-existence with Israel. Hamas engages in acts of terrorism against Israelis daily while explicitly vowing to commit mass murder and/or drive Israeli Jews out of Israel.

West Bank Palestinians, under the 1993 Oslo Accords, are governed by the Palestinian Authority, which has national aspirations and claims to seek a “two-state solution.” But it has rejected a series of offers that would have brought it that status and, in recent years, P.A. leader Mahmoud Abbas has been unwilling even to directly negotiate with Israelis.

HRW appears to believe that Palestinians in Gaza and the West Bank have a right to demand citizenship from a state whose destruction they seek. No such right exists anywhere on earth, and for Israelis to grant it would be suicidal.

The Kohelet Policy Forum, an Israeli think tank, has issued a detailed response to HRW. It deserves to be read in its entirety. I have space here to highlight only a few points.

Apartheid, it points out, is not “a grab bag of policies that HRW happens to disagree with.” Apartheid implies “the physical separation — apartness — of people based on a legislated racial hierarchy.” As noted above, that’s not the situation in Israel. There are no racial distinctions in Israeli law. Nor are Jews and Palestinians two distinct racial groups. Israelis are, in fact, multiracial, with more than half coming from families who are indigenous to the Middle East and never left the Middle East.

Can one find instances of bias, bigotry or discrimination in Israel? In which nations is that not the case? The answer is none, which is why “no country since the end of South African apartheid has ever received the distinction.”

Not China, where Uighurs and Tibetans face egregious persecution; not the Islamic Republic of Iran, which severely oppresses Baha’is; not Pakistan, which has for decades been driving out Hindus, Sikhs, Christians, Ahmadis and other minorities.

HRW claims that Israelis stepped over the “threshold” to apartheid with their “Nation-State Law.” Kohelet responds: “While the wisdom of the Nation-State Law can be criticized, it does nothing like what any of the apartheid laws did, and instead closely resembles numerous European democratic constitutional provisions. Indeed, it is almost entirely declarative; its one substantive provision guarantees rather than denies Palestinian Arab rights [it guarantees Arabic language rights].”

What’s more, states throughout the broader Middle East proudly proclaim themselves Arab and/or Muslim. It is only Jewish identity and self-determination that HRM deems a “crime against humanity.”

Credit where it’s due: The Biden administration last week stated explicitly that it does not consider “that Israel’s actions constitute apartheid.”

As noted above, evidence of HRW’s animosity towards Israel comes as no surprise. More than a decade ago, Robert Bernstein, the founder of HRW and its chairman from 1978 to 1998, accused the organization of “helping those who wish to turn Israel into a pariah state.”

But now it is HRW, not Israel, that has crossed a threshold. Its latest attempt to defame and delegitimize the Jewish state provides aid and comfort to those—including Hamas, Hezbollah and Iran’s rulers—who incite and vow genocide. The definition of genocide is plain, and it is unequivocally a crime under international law.

Defenders of HRW might say: “I’m sure that’s not their intention!” Critics of HRW might respond: “Trust me, they know exactly what they’re doing.”

Clifford D. May is the founder and president of the Foundation for Defense of Democracies (FDD), and a columnist for “The Washington Times.”