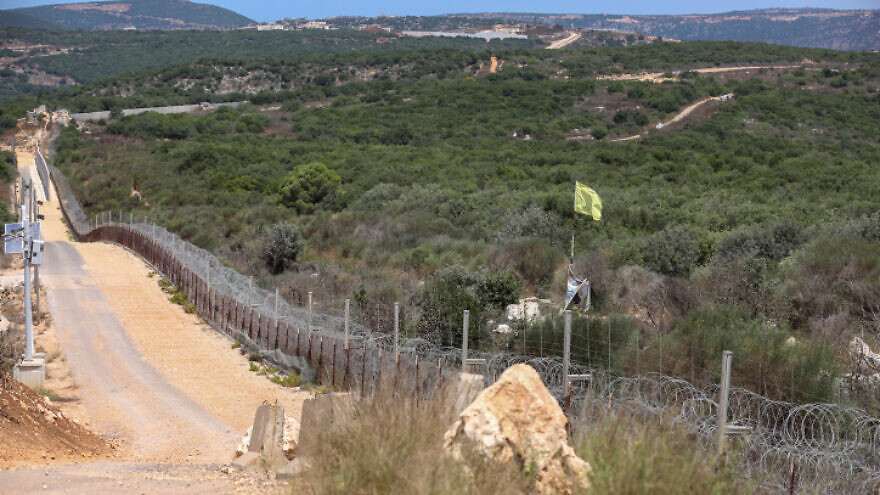 The two Grad rockets launched at northern Israel early on Tuesday from southern Lebanon were likely fired by Hamas as part of its attempt to respond to tensions in Jerusalem and clashes between Israeli police and Palestinians around the Temple Mount on Sunday.

The Iron Dome air-defense system intercepted one projectile and a second fell in an open area, causing no injuries or damages. Warning sirens went off in border areas of northern Israel, and the Israel Defense Forces responded with artillery fire, firing about 12 shells into Lebanese territory.

The Lebanese Armed Forces found a third rocket, which was not launched, south of Tyre.

“Hamas looked for a response to the Temple Mount tensions, but it isn’t interested in firing from Gaza. Hence, it was easier to do this from Lebanon—with Hezbollah’s coordination,” said Maj. (res.) Tal Beeri, director of the research department at the Alma research center, who analyzes security threats to Israel emanating from Syria and Lebanon.

The first is that it has not been able to recover from the May conflict with Israel and did not want to draw Israeli fire towards Gaza. Hamas correctly assessed that Israel’s retaliation in Lebanon would be significantly smaller in scale than in Gaza, said Beeri.

A broader strategic consideration is Hamas’s desire to implement, albeit symbolically, a new “equation,” announced by Hezbollah, according to which any perceived Israeli offensive activity near the Temple Mount will be answered with attacks.

Beeri noted that in recent weeks, Iranian-backed Iraqi militias and Houthis in Yemen have pledged their allegiance to this same equation.

The Iraqi Qataib Hezbollah militia announced that it had joined the “regional equation” in June in the latest sign of a coordinated Iranian-led axis of radical entities operating against Israel.

Hamas in Gaza and Hamas in Lebanon tightly coordinate their activities, mainly through the terror organization’s headquarters in Turkey, according to Beeri.

A branch of that headquarters, known as the “Construction Bureau,” is responsible for arming Hamas in Lebanon and ensuring that it has its own ability to activate weaponry.

It appears as if Hamas’s gamble was well-calculated, judging by Israel’s restrained reaction. Israel also seems reluctant to respond more forcefully in Lebanon at a time when the country is experiencing severe economic and humanitarian crises—basically, sitting at the brink of collapse.

Addressing the rocket attacks from Lebanon, Israeli Defense Minister Benny Gantz stated that Israel “has an interest in a stable, economically prosperous Lebanon. Unfortunately, the situation in Lebanon is deteriorating, and Hezbollah and other terror organizations are working against the interests of the Lebanese people. We responded last night, and we will continue to respond in the right time and place against any violation of Israeli sovereignty.”

He added that Lebanon is responsible for what occurs in its territory.

“We outstretched a hand to Lebanon and offered it humanitarian assistance,” said Gantz. “That same outstretched hand is also a steel fist that will respond against any aggression.”