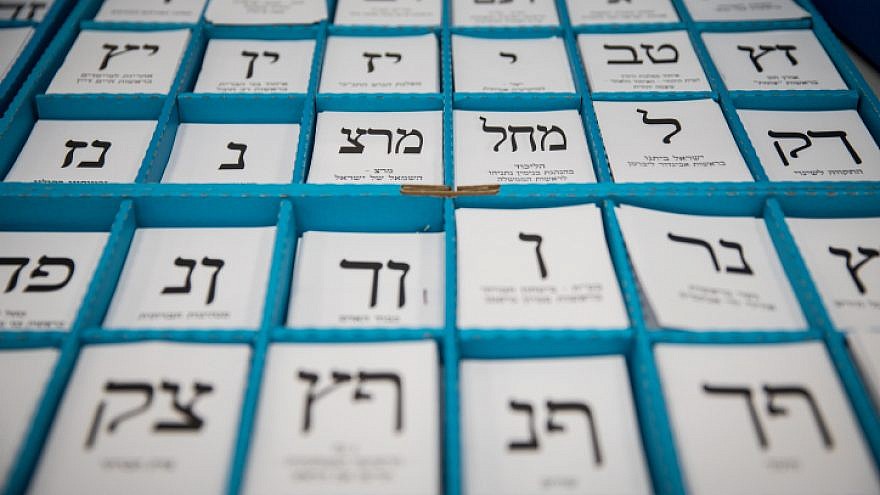 Israel’s electorate has refused to grow up, and its leaders are to blame.

They turned the election campaign into a fight of Right against Left—though it’s been clear for years that there is no Israeli Left.

The problem is the definition. In Israel, “Left” means favoring concessions for peace. “Right” means talking tough on security issues.

A reality check shows that there is no practical difference between the ways leaders would handle security issues. So the definition today is: Right means tough, and Left means everything that isn’t Right. It’s a way of labeling political opponents without the need to debate actual policies.

It’s a strategy based on fear. Fear Hamas, fear Hezbollah, fear Iran—and elect a tough leader who will “protect” us. That, of course, is Benjamin Netanyahu, not the wimpish, inexperienced, weak, Leftist Benny Gantz, who has a “thin” record of only serving as Chief of Staff of the Israel Defense Forces.

How anyone can be so gullible as to swallow the line that Gantz is such a “Leftist” is hard to imagine. His statements during the campaign about Gaza and Iran were at least as “tough” as Netanyahu’s.

The fact is, “Leftist” is just an empty label. Israel’s Left, under the definition of “favoring concessions for peace,” suffered a mortal blow when the Palestinians turned down two offers of a state according to their own demands in 2000 and 2008, leaving the Oslo-era creation of a Palestinian Authority in place in the West Bank, run by incompetents and fueled by hatred of Israel and promotion of terrorism.

The largest camp of Israeli Leftists today is called “meuchzavei Oslo,” or “let down by Oslo,” the process that was supposed to produce a Palestinian state living in peace next to Israel.

The Leftist death march started a decade ago. This election took it to its logical conclusion.

Labor, the party of Israel’s classically Leftist founders that ruled unchallenged for the first two decades of Israel’s existence and was a major factor for years after that, won six of the 120 seats in the new parliament. Six.

So the Left enters the new Knesset with an anemic 20 seats.

Gantz and his rump coalition-within-a-party party almost matched Netanyahu’s Likud with 35 seats to Netanyahu’s 36. It’s assumed that Gantz’s natural partners are on the Left. It’s hard to understand why, except that Netanyahu has made more outlandish promises to parties on the Right and religious sides, they know they can bend him to their wills, and so they will back him. Again.

But Gantz and Netanyahu differ, if they differ at all, over domestic issues, not security. And even there, the differences are slight and would be obliterated in the negotiations over forming a coalition government—because in the case of both of them, their only real goal is to be prime minister.

It’s likely that a large portion of Gantz’s votes came from the anyone-but-Bibi camp. That’s because Gantz failed to put forward a cohesive and convincing platform of domestic policies. He spent most of his time defaming Netanyahu in response to Netanyahu’s defamations. That was the campaign in a nutshell—ignoring the real issues.

Parties that ran on domestic platforms either barely made it into the parliament at all (Kulanu with the minimum four seats) or didn’t make the cut (Gesher, Zehut).

Yet this is a time when Israelis with urgent health issues wait in a hospital emergency room for 15 hours before treatment and wait months to see a specialist. A time when housing starts are so slow that apartment prices continue to climb through the ceiling, both for purchase and for rent. A time when the cost of living rises month by month, reinforcing the income gap between rich and poor. A time when extremist control of religious services alienates more and more people from Judaism.

A proper campaign would pit right against left in the classical sense—the right opposing government intervention to solve these critical problems, and the left favoring a hefty government role. That’s how election campaigns are fought in most countries.

Israel’s people and their leaders, not necessarily in that order, must grow up and face their real problems and not the outmoded, irrelevant, and ultimately misleading Right-Left security contest. Until then, the country’s society, services, and infrastructure will continue to deteriorate, unnoticed by anyone except those affected directly—that’s to say, everyone who’s not in the prime minister’s office.